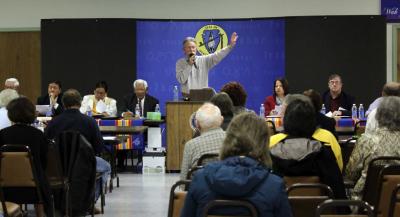 The Osage Minerals Council had yet another lucrative lease sale, selling more than $910,000 in oil and gas leases Feb. 16.