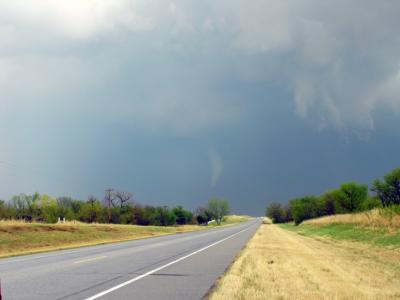 ONCA 11-31 calls for the storm shelters (also called community safe rooms) to be built according to federal safety regulations. The structures will be able to withstand tornadoes with an EF-5 rating on the Enhanced Fujita scale. That’s the top rating on the scale, which is used to assess tornado damage. An EF-5 tornado has winds at or above 200 miles per hour, according to the National Weather Service.

The bill also calls for the Nation’s emergency management officials to establish suitable locations, structure sizes and capacities for the storm shelters. An appropriation of $750,000 is included with ONCA 11-31 for the Nation’s Emergency Management department to carry out its purpose.

Before the April 7 vote, Congressman Geoffrey Standing Bear spoke in support of ONCA 11-31.

“I know it’s a lot of money,” he said, “For the people who do not live here, in the summer, in June, more than once, I’ve been at our (In-Lon-Schka) dances in Pawhuska and an Oklahoma storm comes through . . . and one time a tornado was real close to the arbor and there was no where to go and it was very, very dangerous.

“There’s simply not enough shelter space in the city of Pawhuska and there’s just nothing at the (three Indian) villages that I know of . . . tornadoes and lightning – and lightning too – they get very dangerous, so I’m all for storm shelters,” Standing Bear said.

The bill’s passage also comes one week before a violent storm system swept across Oklahoma, which spawned at least 21 tornadoes statewide with two reported in Osage County near Hominy and Burbank. No injuries were reported. The Osage County storm caused power lines to topple and damaged several buildings and homes, Tulsa’s Channel 6 News reported.

This same storm system hit several states as it traveled east, hitting six states and causing catastrophic damage, as well as 44 deaths, according to the Associated Press. The weather service was investigating over 260 tornado reports as a result of the storm.

Red Corn said the shelters would “be built according to (Federal Emergency Management Agency) regulations, they’ll be (Americans with Disabilities Act) compliant, which means our seniors who can’t walk very well, or wheelchairs would be able to be wheeled right into them.”

Electrical engineers work on power lines damaged by an April 14 tornado outside of Hominy. Photo by Sunnie Clahchischiligi/Osage News

Criteria for building the shelters will be published before any construction begins, Red Corn said. “It’s difficult to say how far along this money will go. The structures that were looked at before this law was written ranged in price from $100,000 to 120,000 for a community room that holds lots of people.”

ONCA 11-31 was passed with 11 votes and one absence from Congressman Mark Simms during the April 7 session. Principal Chief John Red Eagle signed the bill into law on April 13.

“I just believe that these are one of those things that you don’t need it until you really need it,” said Red Corn, “There’s no time to build it right when you need it . . . hopefully this will give our tribal members peace of mind, especially during the dances.”

In a March 22 story, the Tulsa World reported Oklahoma had 102 tornadoes in 2010 – the most since 1999 when 142 tornadoes were recorded that year. This was the fourth time in state history the number of tornadoes hit triple digits within a single year.

Nearly half of 2010’s tornadoes occurred on one day – May 10 with at least one touching ground in Osage Country near Burbank, the weather service reported.