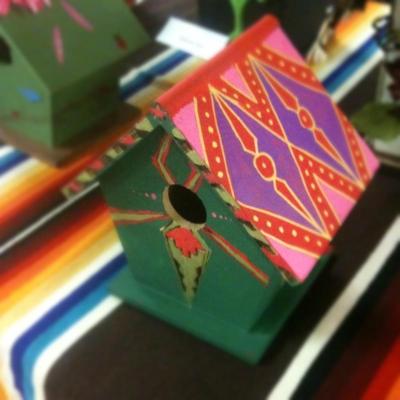 Rhonda Kohnle is full of stories. But her stories are not the kind most people want to hear.

They are of abused and neglected children, lost in the court system of Osage County and the bureaucracy of the Department of Human Services. She has stories of countless trips to schools, homes, searching for integral information to make sure a child is safe.

She is an Osage CASA volunteer and being a volunteer for the Court Appointed Special Advocates program for Osage County is something she takes very seriously. So when she heard that the Osage County CASA office might have to shut down because of funding woes, her first thought was of her young clients.

“For the past years we’ve always received a grant but it was cut by the U.S. Congress with 63 percent voting to cut it. They have lobbyists, the economy, they had to cut programs,” Norris said. “Last year our grant was $30,000. Even though it sounds small it affected half of our funding. We’re only two people, we’re bare bones.”

Norris (Pawnee) and her co-worker Betty Pappan, are a two-woman team with the help of 29 volunteers, five of which are Osage. But, Norris said, if push comes to shove she will have to shut down the Osage County office first.

Currently CASA volunteers are serving 54 children in the Osage County court system, in which 53 percent are Osage. “That’s more than half,” Norris said.

“These are children who have been abused and neglected . . . there are more children in the system but we don’t have enough volunteers yet to get to all of them,” she said. “That’s the goal for CASA programs all over – to have a CASA for every child.”

A CASA volunteer is required to take 30 hours of training, which usually takes about seven weeks, Norris said. After they complete their training, they are sworn in by a judge and made an officer of the court. They are not paid to do this work and when a case comes up, the judge orders the CASA volunteer to a case and from then on the CASA is the eyes and ears of the judge. They monitor the situation, and if required, make a report for the judge on the child’s situation.

The judges “don’t have time to gather all the information on these cases,” Norris said.

“They receive a court order from the judge – we can go into the clinics, IHS [Indian Health Service], schools, neighbors, friends, hospitals, depending on the case, and gather information on the children. We can really think outside the box because social workers have a lot of rules,” she said.

Norris said that two years ago, when the Osage County office was first formed, it was because the District Attorney at the time, Larry Stuart, asked her to open an office because the children in the Osage County court system needed help, she said. From there Osage Nation Trial Court judge, Marvin Stepson and Osage Nation Supreme Court Chief Justice, Charles Lohah, asked her to make CASA available to the ON tribal court.

“It gives Indian people [Native CASA volunteers] a chance to see what court systems are like. To be a part of that, see these children once a week, so you really know them,” she said. “They [CASA volunteers] can attend their ballgames, the dances, see them progress and get them in safe permanent home as soon as we can.”

She said that, like with most kids, Native kids want to work with people that look like them. First, the CASA office makes sure the volunteers are not related with the children. Another advantage of Natives volunteering is that they know how to navigate IHS and other Native federal programs – in which most non-Natives don’t.

For the past two years the Pawnee/Osage County CASA offices have hosted a birdhouse auction, with the participation of local Osage artists donating ornately decorated birdhouses.

The fundraiser usually raised around $5,000, sometimes a little more, but with an operating budget of about $50,000, Norris knew that wasn’t enough.

She approached the law firms that recently helped the Osage Nation to a $380 million settlement from the U.S. government, the single largest settlement with a Native American tribe in U.S. history, and has yet to hear back.

She has also asked the Osage Nation Principal Chief’s Office for a donation and received $1,000 to help with their birdhouse auction. She said she went back but has yet to hear from them as well.

“We did a bicycle run, had a Macy’s fundraiser, we did a mail out for both counties and we’re doing a Cleveland mail out now where we put information out in the Cleveland water bills,” she said. “We’re going to ask the oil companies.

“We’re doing everything we can to keep both programs afloat.”

Osage Congressman Geoffrey Standing Bear is currently planning to introduce a bill in the next Osage Congressional session that would amend the current Osage Tribal Juvenile Code to include CASA’s.

The amendment asks the Osage Nation judge to appoint a Guardian Ad Litem (GAL) or a CASA volunteer, or both, at the first appearance of a juvenile case. The amendment is similar to the Pawnee Nation’s tribal code where CASA’s already function.

Standing Bear, who is also the attorney general for the Pawnee Nation, has seen CASA’s in action in the Pawnee tribal court.

“It’s an independent view from the child welfare worker, from the lawyer from the tribe, from the lawyer for the children, it’s an observer. They find someone who has experience raising children, usually retired people, but not always, but they observe how this situation is affecting this child,” Standing Bear said. “Judges find in these child cases . . . judges appreciate as many points of view as possible.

“They’re not only citizens, they’re trained and they’re there to make sure this system doesn’t overwhelm these children. I think they’re just wonderful,” he said.

Norris said the Pawnee Nation tribal court is one of four in the country that have dual CASA programs that can go into state and tribal courts. If Standing Bear’s amendment passes, the Osage Nation will be the fifth.

“What’s really neat, unique, we cross train all of our volunteers. They have 30 hours of national casa training and an additional 10 hours of Osage cultural training or Pawnee, if they’re going into Pawnee [tribal court],” she said. “They have to attend a ceremony, not a powwow, or a dance, and they have to observe in both courts, both state and tribal.”

The reason for CASA’s to be in both state and tribal courts is if a case begins in state court, but is moved by the parents to a tribal court, or vice versa, the CASA can move with the child.

Norris said kids in the system have a shockingly high amount of people in their lives because of the high turnover for therapists and social workers assigned to the children.

“They have so many people in their lives but CASA is constant. CASA has one case and they know that case inside out, where as a social worker could have up to 60 cases. The judge takes our recommendation above all others in court because they know it’s the most accurate information on the child,” she said.

Standing Bear said he was unaware that the CASA program was in financial trouble.

“They can go ahead and do it now, but the Osage Nation judge needs to appoint CASA workers on every child case involving a child, and not divorce cases, but for juvenile delinquent, guardian, deprived or neglected children cases, especially the deprived and neglected children cases,” Standing Bear said. “In those cases the Osage Nation judges can appoint CASA workers now. And, if they need money now, then they need to let us know now. If they need more then they need to tell us. We don’t know that unless they tell us.”

Kohnle realized how vital her volunteer work with CASA is when she discovered a young Osage girl living in a pull-behind trailer, sleeping in an area the size of a crawl space.

The girl’s mother had lied to the Department of Human Services saying that she and the girl were living in a home and the girl had her own bedroom.

Since the girl and her mother moved to another county, the Osage County DHS worker assigned to the girl’s case was prohibited from checking her living conditions. But Kohnle, who was a court-appointed CASA by the district Judge to inspect and monitor the girl’s situation, didn’t have such restrictions.

“I drove to [the other] county to see where this mother was living because DHS and Osage County can’t go to another county, they have to call the other county and have them go out and check out the house. That can take months, literally a year in some cases,” Kohnle said. “So what I did, she [the mother] had told DHS she was living in this other county and she had a room for her daughter and that the daughter should be staying there. And so I just drove over there and called her a block away and asked her where was she at and what street are you on, and she said ‘why?’ and I said ‘because I’m on your street.’

“She was like, ‘Oh, um, oh.’ She sent someone out to greet me and it was a total lie. What the reality was, was she was living in a 12-foot trailer, like a pull-behind trailer. There was like a little cubby thing with a bed the child slept in and you sat at the dining room table thing and the TV was on the wall, and a little bitty fridge and little bitty sink and a toilet – and that was it.”

Kohnle made the report to the court and the situation was rectified.

“So, the bureaucracy of DHS, the rules they have to follow, to be able to travel and things like that, it could have taken them up to a year, or at least a few months. And it took me one time to go over there and I happened to be going that direction anyway,” Kohnle said. “It was easy for me because I don’t have all the different channels, the processes to go through.”