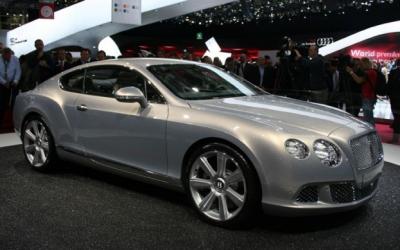 It’s pretty apparent on the streets of Pawhuska that a lot of people have bought new cars. When parking at the gas station, grocery store, retail stores, there are new car tags.

According to the Osage Nation Tax Commission, from the period of Nov. 30 to Jan. 5, 224 new cars were registered, including a Bentley. Yes, a Bentley, the luxury car hand manufactured in Crewe, England with a price tag starting at $200,000.

On Nov. 14, 2011 the United States deposited $345 million in the Osage Tribal Trust Account and money was disbursed to all shareholders of the Osage Minerals Estate midnight Nov. 28. All shareholders, whether they were Osage, non-Osage, or entities, received a part of the payout that paid $155,136 per full share, or full headright.

The settlement was the result of months of negotiations with the U.S. following a U.S. Court of Federal Claims ruling that said the Osage was owed approximately $330 million for claims arising from 1972 to 2000.

The settlement agreement, executed Oct. 14, paid the tribe $380 million to compensate for its claims of historical losses to its trust funds and interest income as a result of the government’s mismanagement of trust assets.