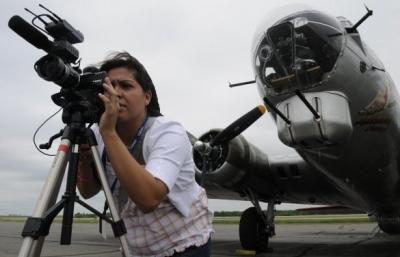 Jacelle Ramon-Sauberan, Tohono O’odham, is the new features and multimedia reporter for the Osage News.

Ramon-Sauberan has had internships at The Daily Times in Farmington, N.M., the St. Cloud Times in St. Cloud, M.N., Wick Communications in Green Valley, A.Z., and Patch.com in Washington State.

Ramon-Sauberan has volunteered as a multimedia mentor at the Native American Newspaper Career Conference held at the Crazy Horse Memorial in South Dakota.

In 2010, Ramon-Sauberan received the Douglas D. Martin Award for Courage and Integrity in Journalism and Leadership and Service Award in Journalism from the University of Arizona.

The Osage News is happy to welcome Jacelle to our team.