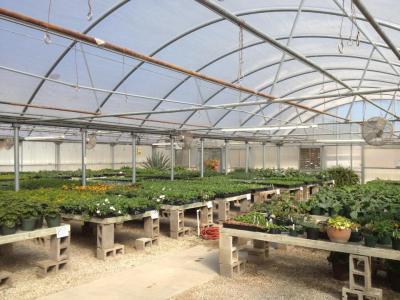 The Osage Nation is getting healthy, one garden at a time.

Principal Chief John Red Eagle has created a five-member Healthy Food Initiative team made up of Gail Boe, director for Communities of Excellence, Renee Harris, director for the Women, Infants and Children program, Craig Walker, employee for the Environmental and Natural Resources department, Jennifer Tiger, director for the Strategic Planning and Grants Management and Debra Atterberry, Red Eagle’s senior adviser. Together they plan to start community gardens in all three Osage districts.

The idea for the initiative came after Osage Congressmen Raymond Red Corn and Daniel Boone brought the idea to the Chief’s Office and from there the board was created, Tiger said.

“A handful of members of Congress support this idea, which should provide jobs and better health for our tribal members and program participants,” said Red Corn in a Feb. 10 “Update” email. “Such a program will take a couple of years to get off the ground, but it’s time we started doing what we used to do – provide Osage people with food planted, tilled and harvested with Osage hands, on Osage land.”

Red Corn said there is support within the congress to draft legislation that would help fund and support such an initiative.

For its first effort, the team decided to look at other tribal initiatives and received a glimpse of what an Osage Nation horticulture department could look like after they visited the Chickasaw Nation on March 26.

The Chickasaw created their horticulture department in 2002 as a way to offer employment and training opportunities to Chickasaw youth and adults, according to the tribe’s website. It began small, with a single-bay greenhouse and has since expanded into a dual-bay greenhouse, a raised garden a traditional garden. The department has a staff of 10 full-time adults and 12 summer youth with six working year round, according to the site.

“They have hoop buildings, with plastic covers, where they grow cold weather crops. They also have five or six hot houses where they grow all their indigenous plants that are used in their cultural center,” Boe said. “They also grow hydroponic lettuce and tomatoes and they harvest over 1,000 pounds every six weeks. These go to their restaurant at the hospital and their elders.”

“Another initiative from the team is to actually see how the Nation can become solvent at growing their own vegetables,” Boe said. “We’re just going to start with a pilot project and there are a lot of USDA grants and others out there available to tribes who want to do it. We are doing our research.”