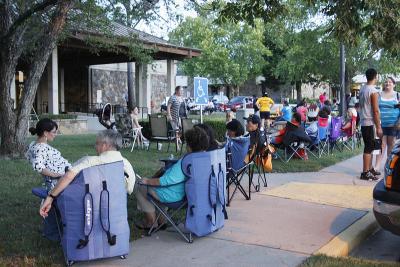 The Osage Nation will reach another milestone in March with its first primary election held on March 10 with eight Osages on the ballot vying for the offices of Principal Chief and Assistant Principal Chief.

Also new this election year is the early voting option. Osages may vote early in-person on Friday, March 7, and Saturday, March 8, at the ON Election Office in Pawhuska, according to the election notice publicized by the Election Board.

The Election Office is at 608 Kihekah in Pawhuska and early voting for the primary election will take place at the following times:

On the March 10 primary election date, Osages will vote at the Wah-Zha-Zhi Cultural Center at 1449 W. Main St. in Pawhuska. Doors will be open from 8 a.m. to 8 p.m. for voting.

To vote in person, Osage voters must be enrolled Osage Nation members who are 18 years of age or older on Election Day and must possess an ON membership card issued on or after Oct. 9, 2002, which bears the name of an ON Principal Chief.

In-person voters will be required to present a government-issued photo identification card such as a driver’s license, passport or military ID, for example. Also acceptable are Osage tribal member photo ID cards issued by the ON Tax Commission.

If an Osage voter does not have a photo ID card, he or she will be allowed to vote in-person if two election officials sign an affidavit affirming the voter’s identity.

Osages voting by absentee ballot must ensure their ballot is mailed back to Pawhuska by March 10 to be counted in that day’s vote. At 10 a.m. the day of the primary election, the election board will collect the absentee ballots from the Pawhuska Post Office, where they are being kept once arriving in the mail, to be counted along with the in-person ballots on primary election day.

With the Feb. 10 deadline passed for voters to request an absentee ballot, Rencountre said any absentee ballot requests mailed after that date will be processed for the June 2 general election. Mailing of the ballots will begin 40 days prior to Election Day, according to the ON election rules and regulation (ONCR 13-04).

This year’s election is governed not only by the election rules and regulations, but also by the revised ON election code (ONCA 13-16) passed by the Third ON Congress. In the updated election code is the requirement for a primary election to be held for Principal Chief or Assistant Principal Chief if more than two candidates run for those respective offices.

The next crucial 2014 election year deadlines begin with the filing period for the six Osage Nation Congress seats up for grabs in the June 2 general election.

Osages interested in running for ON Congress must file for office between March 14 and March 31. For more information, contact the Election Office toll-free at (877) 560-5286.