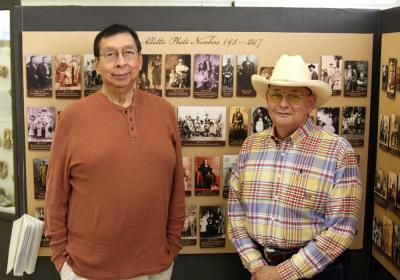 Fletcher case to be heard at federal courthouse March 6

Osage shareholders are urged to attend a federal courthouse hearing on March 6 to hear the recent developments in the Fletcher v. United States case.

“Judge Frizzell recently granted the Plaintiffs' Motion for Class Certification, which makes the case of even greater and direct significance to all Osage shareholders,” said Amanda Proctor, an attorney of record for the case. “We encourage any Osage shareholder to attend this important hearing.”

Proctor, who is also a candidate for Osage Nation Assistant Principal Chief, said the attorneys anticipate the Judge will provide additional instruction and information at the status conference scheduled for Thursday, March 6 at 9:30 a.m. at the federal courthouse in Tulsa.

The 12-year-old case got new life after the 10th Circuit ruled Sept. 13, 2013, that Osage Nation members William Fletcher and Charles Pratt are entitled to an accounting from the United States’ management of Osage oil and gas royalties. The court rejected the government’s argument that its duty to provide an accounting extended only to the Osage Nation. The court reasoned the trust relationship exists for the benefit of individual Osage headright holders and they are entitled to an accounting of funds.

The case was filed in 2002 by Fletcher, Pratt, John Berrey, the late Juanita West, Cora Jean Jech and Betty Woody. Berrey left the case after becoming chief of the Quapaw Tribe and cited a conflict of interest.