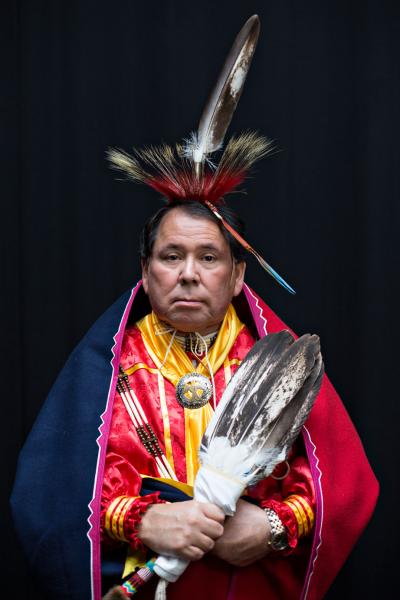 I am Ronald Shaw from the Gray Horse district and wish to announce my candidacy for a seat in the Osage Nation Congress. My grandfather was John Shaw from the Burbank area, a previous tribal councilman and my great-grandfather was Frank Shaw who was an Assistant Chief to Fred Lookout. Previously, I've had the honor and privilege of serving as the Chairman of the previous Osage Nation Health Advisory/Authority Boards until my resignation in April 2013. Over these past 5 years I have been content with assisting the Osage Nation Executive and Congressional branches with issues regarding the improvement of Osage health care. I've waited and watched for something of substance to happen and have seen no significant actions for Osage Health to have taken place during the administrations of 2 previous principal Chiefs and 3 previous elected Osage Nation Congresses. I have published articles on health and compacting of the Indian Health Service monies for Osages but it is time for me to do more and to effect a change for the better. A compacted clinic will allow us to offer reduced wait times to see a health care provider and expanded contract health services. The Osage Nation government needs to provide expanded addiction treatment services and I have a plan that would create a premier addiction treatment center of excellence.

There are other issues that confront the Wazhazhe people including an investment entity that is broken. I support a reorganization to the extent that the Osage LLC would be abolished and a different investment structure be created. Our gaming enterprise needs to be more accountable to the Osage people and our elected officials.

Our children require more help and support so that they are not at a disadvantage in their educational efforts, even at the elementary level.

Our elderly need more services here at home. Establishing expanded transportation services and a local imaging and dialysis center would cut hours off our Osage patients transport times to better spend with families.

Finally, the Osage Nation Congress needs to make a genuine effort to work with the executive branch (Principal Chief's office). Indeed the 2 branches are set up to provide a check and balance system for the government of our people. What we have had however has been constant gridlock. I ask for your vote to allow me to serve in the Osage Nation Congress as a new mind and a new Spirit, ready to go to work.

There is no other time, this is the time!

[The Osage News staff does not edit candidate announcements.]