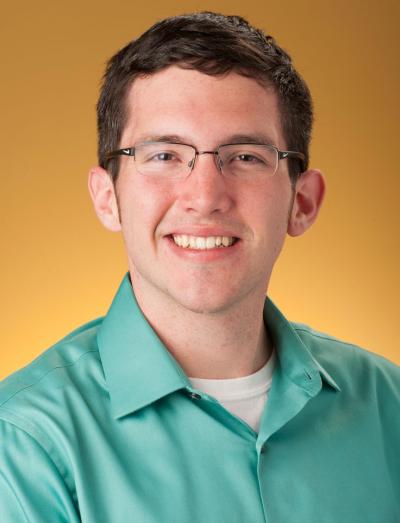 Zachary Gray Carter of Woodstock, Ga., has won the Fulbright-University of York Scholar Award for the fall semester of 2014 and spring semester of 2015. He will be attending the university in York, England. Carter will be working toward a Masters degree in fusion energy.

“I have received the Osage Nation Higher Education Scholarship since the fall of 2009 when I began my studies. It has been immensely helpful and enabling scholarship, and I do not believe I would have made it to the Fulbright scholarship without the assistance of the Osage Nation. I am very grateful,” Carter said.

Carter graduated from Sequoyah High School in Cherokee County, Canton, Ga., in 2010 he was a dual-enrolled student in high school classes and college courses.  Carter participated in many mission trips though his church while in high school. He has been active and served as secretary to local districts political party at age of 18.

This is not Carter’s first time to study abroad; he studied in Spain during the summer of 2012.

Carter is a graduating senior from the Kennesaw University in Kennesaw, Ga., with a bachelor’s degree in mathematics and modern language and culture. Carter has been a recipient of the Osage Nation Higher Education Scholarship since beginning his academic career in 2009.

“Zach Carter is an outstanding student, as is evident by being awarded the Fulbright Scholarship. He also is active on campus, serving as a student representative of the College of Science and Mathematics on the Student Government Association. Zach has participated in a new learning assistants program on campus where advanced students serve other students in courses that are traditionally challenging by being embedded in classes and serving as facilitators in group work activities. Zach has been a learning assistant in general physics. Zach's academic achievement as well as his service to the KSU community is consistent with the ideals of the Fulbright program,” said Mark Anderson, dean of the College of Science and Mathematics at KSU.

The application process is lengthy and rigorous, and perspective applicants are encouraged to consider carefully their intentions, goals, future plans and prospective projects before applying, according to the U.S. Dept. of State website.

The Fulbright is the most widely recognized and prestigious international exchange program in the world, supported for more than half a century by the American people through an annual appropriation from the United States Congress and by the people partner Nations, according to the U.S. Dept. of State website.

“I would like to tell all Native students to believe in themselves in their academic pursuits and to strive to do the best they can. Whether you are in science, humanities, or business, a good work ethic, a passion for the field you love, and persistence are irreplaceable qualities that will bring pride to the Osage Nation and our Native Community,” Carter said.

York University has one of the best Physics research institutes in the United Kingdom, according to Carter. He will be able to advance his education toward becoming a plasma physicist. After finishing the Fulbright, he would like to pursue his Ph.D. in Nuclear Engineering and become a researcher in clean energy systems, such as nuclear fusion-based energy production. He plans to attend the University of Michigan to obtain his Ph.D.

“We are proud, excited and happy for Zach and his accomplishment on being awarded the Fulbright Scholarship, and we are very grateful for this amazing opportunity for him and we know the Lord will not take him where he cannot protect him,” said Rhonda Carter, Zach’s mother.

Carter is the grandson of Christine James and great grandson of C.H. Wilson Sr. and Ruby Webb Wilson of Hominy, Okla.