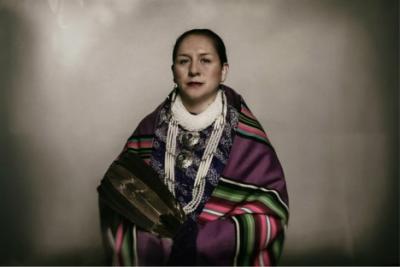 I am honored and humbled to announce my candidacy for the Fourth Osage Nation Congress.  My passion to serve the Osage people has prompted me to run this year.

My vision for the future of our people strives to protect our sovereignty, preserve our culture, ensure the educational success of future generations, support suffering families in crisis, promote job creation within the reservation, prioritize programs for our elders and Veterans, and support increased healthcare benefits.

I earned a Bachelor of Arts degree in Psychology with a minor in Criminal Justice.  I am currently pursuing a Masters degree in Business Administration.  I served in the United States Army as a Patriot Missile Crewmember. I am a member of the American Legion Post 198 in Pawhuska and elected to serve as Vice Commander.

I believe you should vote for me because I have dedicated my life to the service of others. I possess the experience, education, motivation and compassion needed to serve our Osage people.

I swore an oath to defend our country and served honorably in the United States Army. I poured my heart and soul into being the best soldier that I could be both mentally and physically. I set foot on foreign soil and was proud to be a part of securing the blessing of liberty for us and generations to come.

I received an education so that I could share my knowledge to make a difference. During my time with the Drug Enforcement Administration (DEA), I was part of a team who worked to remove drugs from our society and those who were getting rich while lives and families were being destroyed. I was responsible for the handling and reporting of millions of dollars to local, state and federal law enforcement agencies.

For nearly 4 years, I have been working hard to improve three (3) Osage Nation programs which promote self-sufficiency. I worked with Congress to improve and maintain a program which benefits all Osages 18 and older regardless of where they live because I believe in maintaining an avenue of assistance for the working class. I have implemented many changes in order to detect and deter fraudulent activity and protect federal and tribal dollars.