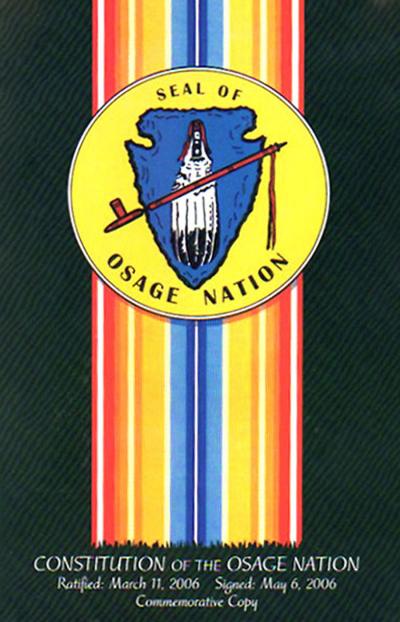 Six constitutional amendments up for vote on June 2

Six constitutional amendments will be up for vote on Election Day. All six amendments need 65 percent of the “yes” vote to pass.

If any of the proposed amendments passes, it will be the first time in the Nation’s new government a constitutional amendment was voted in by the Osage people. Since the ratification of the Osage Constitution in 2006, 12 amendments have failed at the poll.

Amendment one, ONCR 13-19 (proposed by Congressman William “Kugee” Supernaw), if passed will change the constitutional language to ensure that lineal descendants of the 1906 Roll cannot lose their membership if the Osage Nation Congress should change the laws that govern the tribe’s membership. Changing the language from “are eligible for” to “have the right to” membership.

Amendment two, ONCR 13-20 (proposed by Congressman Raymond Red Corn), if passed will “protect the integrity of laws that require an affirmative supermajority to access Osage Nation assets. It is intended as a safe guard to prevent a Congress member from amending a supermajority requirement in a law (more than 50% yes votes) to a simple majority (only a 50% yes vote) by only passing the reducing amendment by a simple majority of Congress. If enacted, Congress will have to generate more than a majority to access Osage Nation asset accounts,” according to ballot language.

Amendment four, ONCR 14-03 (Red Corn), if passed will lower the amount of signatures required to file petition to amend the constitution based on the qualified Osage voters who voted in prior elections for principal chief versus the entire electorate of all eligible Osage voters. “For example, about 2,300 of the approximately 12,000 total Osage electorate voted in the last election for Principal Chief. Based on those numbers, 1,800 signatures are required to file a petition to amend the constitution. If the amendment passes, the requirement is lowered to 575 signatures,” according to ballot language.

Amendment five, ONCR 14-04 (Red Corn), if passed would lower the number of signatures required to 575 to file a petition for initiative or referendum to propose a law for a vote of the people.

Amendment six, ONCR 14-05 (Red Corn), if passed would lower the number of signatures required to 575 to file a petition for recall of elected or appointed officials by the people.

Number of failed amendments per election: