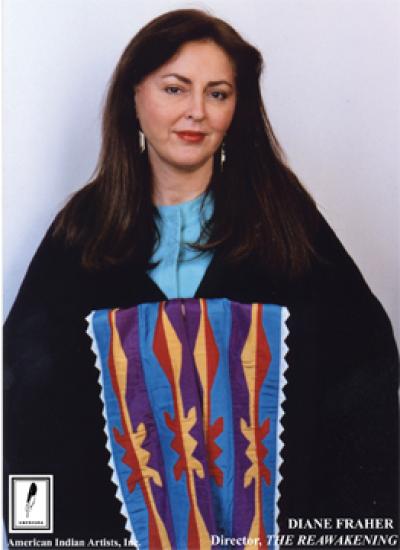 Extra’s needed for the upcoming movie 'THE HEART STAYS'

Another film is coming to Osage County, and this time, the film is about Osages.

A screenplay written by New York-based Osage author Diane Fraher, “The Heart Stays” is a coming of age story about a Native American girl who must choose between personal achievement and the traditional responsibilities of the old ways.

The film is being produced on a SAG- Ultra Low Budget contract with grants from the philanthropic establishment to American Indian Artists Inc. [AMERINDA]. These include grants from the Osage Nation Foundation, New York State Council on the Arts-Individual Artist Program, Robert Rauschenberg Foundation and Dorothy Lichtenstein. Fraher is a 2013 Fellow in Screenwriting/Playwriting from the New York Foundation for the Arts.

AMERINDA Inc. is the producer of the film, which is scheduled to start filming this month in Pawhuska.

According to www.amerinda.org, “When Shannon Ki-he-ka-zhi, an 18-year-old high school senior and aspiring writer, who lives humbly on a reservation with her alcoholic father, emotionally vacant mother and rebellious little sister receives a scholarship to Dartmouth, she takes the challenge, an goes to pursue her dream of preserving Native American, mythology. Without Shannon, her family finds themselves in emotional disarray. While Shannon has to learn to live in a world completely alien to her own, and discovers her gifts as a writer, her sister gets into serious legal trouble and lands on Shannon's doorstep. Shannon must choose between helping to save the whole Native literature department threatened by budget cuts, or to save her sister.”

The film crew is specifically looking for Osages and other Native people of all ages - elders, families, and children included. Contact Richard Luttrell at (918) 287-8088 for further details.

You can find out more information on the film by visiting www.amerinda.org