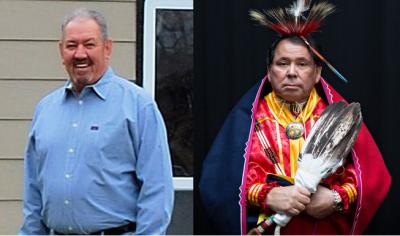 Two candidates in the Fourth Osage Nation Congressional race received $500 fines from the ON Election Board for not submitting their first campaign contribution reports by the deadline.

The election board fined candidates Doug Cowan and Dr. Ron Shaw during their May 20 board meeting. The first candidate campaign report deadline was May 19.

Shannon Lockett, who is board chairwoman, acknowledged the penalty is “a big hefty fine,” but noted the reports are important and the candidates were made aware of the deadlines, rules and regulations and the election code.

Election Supervisor Alexis Rencountre said all candidates have three days to submit their campaign contribution reports once they are notified of the deficiencies in submitting the reports.

The board also mistakenly voted to issue a $500 fine to a third election candidate along with Shaw and Cowan but it was later determined the candidate emailed their report on May 13 to the election office. Since the motion was made to fine the third candidate during the meeting, the motion will be rescinded during the next scheduled election board meeting on May 23.

Rencountre said of the error: “The Election Office is at fault and is extremely sorry for any inconvenience this may cause.”

The election rules and regulations state all candidates who are fined by the election board must pay their fines by 4:30 p.m. on the Wednesday preceding Election Day and “if the candidate fails to comply, all votes for that candidate shall be considered void and the Election Supervisor shall post a notice of this fact at the polling places before polls open on Election Day.”

For this year’s general election, the fine payment deadline is May 28. The second campaign contribution report deadline is Tuesday June 17.

Cowan did not respond to an email regarding his fine before this story was posted.

Shaw submitted his report after the May 20 meeting and issued a statement: “The deadline is set to enable the election board to have enough time to process all reports in advance of the election and I agree wholeheartedly with it. At this time, my report has been submitted and any applicable fine will be paid as set forth in the election code. My candidacy for the Osage Congress remains intact as do my hopes to serve the Osage people.”