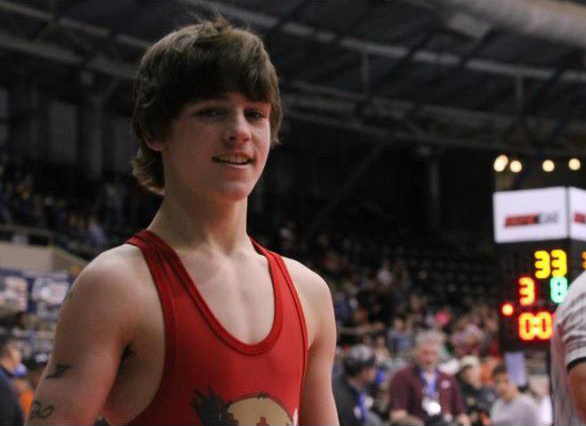 Mikey Lynn obituary: A young man known for his humor and love of the outdoors

Michael “Mikey” Kelly Lynn Jr. was born April 13, 1998, in Bartlesville to Michael and Tina Lynn. Mikey lived in Pawhuska, where he was raised. Mikey passed away October 18, 2014. He attended Pawhuska schools where was active in wrestling and cross country. Mikey was known for his smirk of a smile, humor, and always surrounded himself with family and friends. Mikey was an avid outdoorsman, particularly hunting, fishing, and going skiing in Breckenridge, Colo. He was a member of Pawhuska Immaculate Conception Catholic Church.

Mikey is survived by his parents Michael and Tina Lynn of Pawhuska; his brothers Dalton and Patrick Lynn of Pawhuska; his sister Kelsie and husband Luke Blanton of Lamont, Okla.; nieces Brinklee and Bristen Blanton and Addy and Lekoda Webb; his maternal grandparents Curtis and Carolyn Gilmore of Locust Grove, Okla.; and several aunts, uncles, cousins, other family and friends. He is preceded in death by his sister Kye Gilmore and brother-in-law Scott Webb; maternal grandmother Mary Gilmore; paternal grandparents Joseph Roger Lynn and Carolyn J Lynn.

We are having a celebration of life for Michael. His life celebration services are being held by the McCartney’s Johnson Funeral Home in Pawhuska. Rosary will be held Monday, October 21, at Indian Camp Chapel at 7pm. The Indian services will be held Tuesday, October 21, at Indian Camp Chapel At 8am and the Catholic Church service will be at 10 am at Pawhuska Immaculate Conception Catholic Church. Interment will be in the Lynn Family Cemetery at Nelagoney.