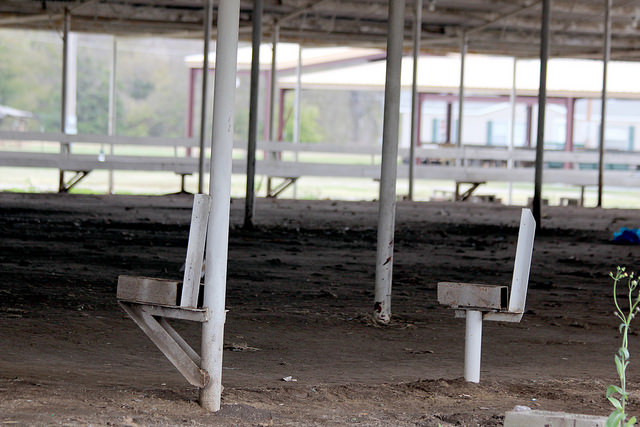 Our New Arbor is now The Old Arbor

It was in the late 1960’s. Uncle Henry Lookout was Pawhuska Head Committeeman. Louis “Sonny” Cunningham was Drumkeeper. It was time for the I Lo’n Schka Drum to sound, and a heavy rain storm hit Indian Camp. That was the day we set up the Drum and the Singers, the Lady Singers and the Dancers on the grass just west of the Old Arbor.

Everyone was convinced we needed a new Arbor and at a Committee Meeting we agreed to build it. Uncle Henry Lookout reasoned that building the Arbor was the responsibility of the Whip Men, and the Committee agreed. Don Big Elk and I were the Whip Men and we agreed. There was not a great deal for the Whip Men to do, we just told people what we needed and somehow it would be there.

It would not be a difficult project to do. We knew it would take some time to accomplish, which was our primary concern. We knew that we needed all of the time we could get. The first step in our plan would be to tear down the old Arbor on the Monday following the four day June dance.

The first step was to determine how big the Arbor would be. Everyone had an opportunity to make his or her point of view known. The point of view most given was that it needed to be much larger.

Chief Paul Pitts arranged a meeting with engineers at the Osage Agency and they agreed to draw the engineering plans for the Arbor structure.

It took that year to plan, and build and raise the funding for the new Arbor. A few years later the New Arbor was expanded to allow for more seating. I remember several times when asking for assistance there would be a comment from a person that would suggest other uses the Arbor could serve. Our answer was always that the Arbor had one purpose. That purpose was I Lo’n Schka.