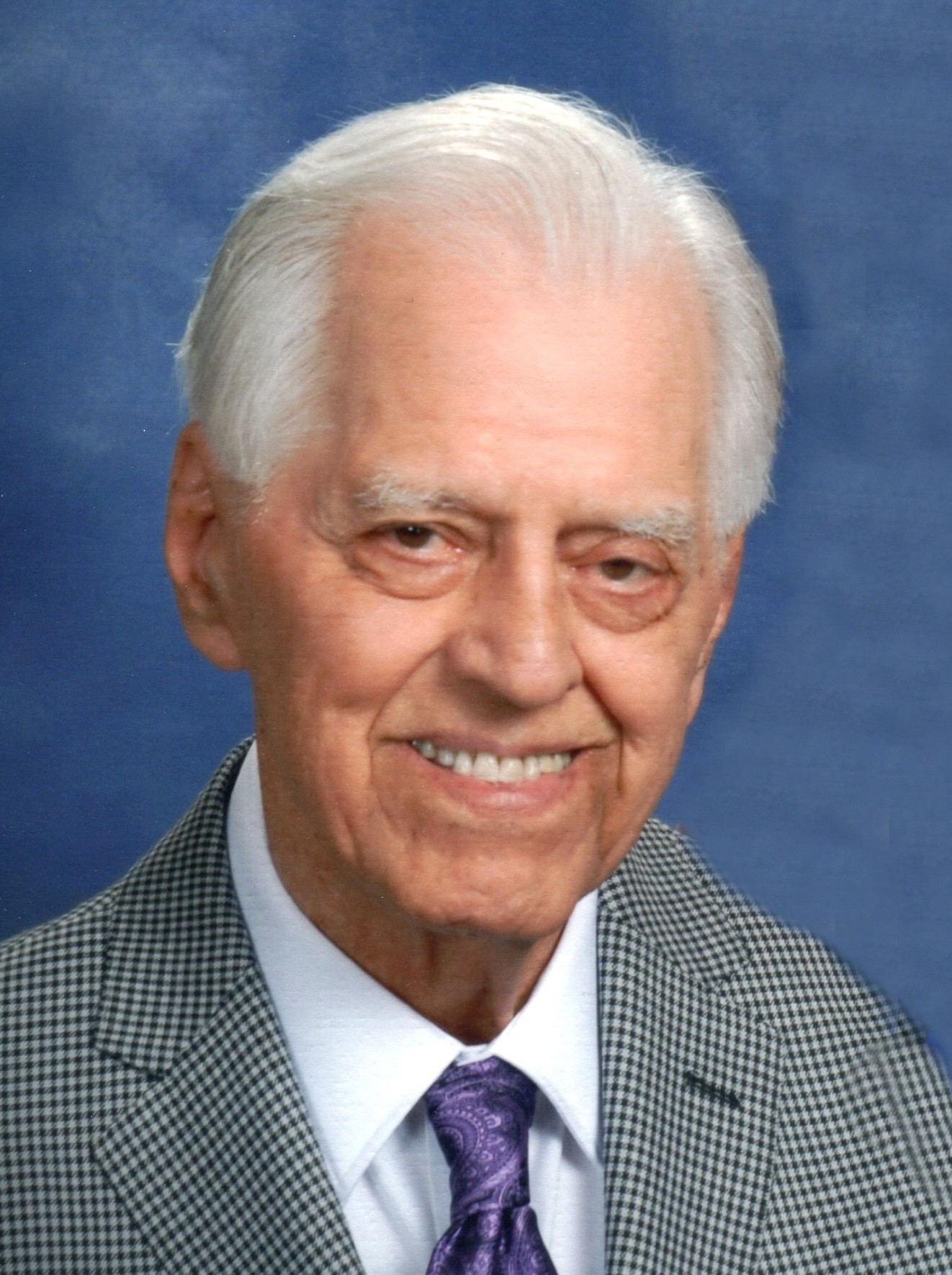 Husband, father, grandfather, and great-grandfather, William Dale Trumbly passed from this world on Friday, October 31, 2014 in Norman, OK.  Bill (aka ‘Dale’) lived most of his life in his beloved state of Oklahoma. Born on September 27, 1921 on a farm in Osage County, Bill was one of 11 children. He was a proud member of the Osage Tribe, having been given the name Ma-Za-No-Phe.

Bill graduated from Stillwater High School in 1939 and received a B.S. from Oklahoma A&M in 1943. He volunteered for the Army and landed in Normandy, France 10 days after D-Day. As a lieutenant in Company D, 38th Regiment, 2nd Infantry Division, Bill saw 234 days on the front line, including the Battle of the Bulge.  He was awarded the Bronze Star, 2 Purple Hearts and a battlefield promotion to 1st Lieutenant.

After the war, Bill married Earlene Elizabeth Cox in 1945, returned to college using the GI Bill and started a family. Together they had 5 children. After Earlene passed on, Bill married Ann Burham Trumbly on January 4, 1991.  They were married for 23 happy & contented years.

With a B.S. in Geology from the University of Oklahoma, Bill worked in the oil industry for Republic Natural Gas, Mobil Oil, and later as an independent geologist in Dallas, Texas. He served as President of both the Oklahoma City and Dallas Geological Societies.

He led a very active life, including being a Scout Master with the Boy Scouts of America.  He participated in the founding of 5 churches, the last being St. Mark in Norman. With Ann’s support, Bill participated for many years in the Veteran’s Administration’s Golden Age Games, earning multiple medals and serving as an inspiration to all. He even retained his ability to fit smartly into his uniform.  Over the years he earned Bronze, Silver and Gold medals for a variety of events ranging from golf, bowling, discus, and shot put. He participated in this year’s games in July and earned 2 more Bronze Awards.  In 2010, he was given the George Gangi Inspiration Award.

Bill enjoyed thinking up new inventions, telling family stories, bowling and golfing.  He was an honorable man, full of faith in God and love of his country.  He is survived by his wife Ann, his 5 children: Bill Trumbly, Jr., Mary Adair Leslie, Toya Paynter, Jim Trumbly and Nancy Benthien, Ann’s 2 children: Mark and Laura Woelflin, 9 grandchildren, and 11 great-grandchildren as well as many nieces, nephews and countless friends including those at Village on the Park where he and Ann lived for 2 years. He will be missed by all.

Visitation is from 2-4 PM, Sunday Nov. 2 at Havenbrook Funeral Home. A wake service will be 7:30 PM, Sunday, Nov. 2 and a Mass will be 10:30 AM Monday, Nov. 3 both at St. Mark the Evangelist Catholic Church with interment to follow at St. Joseph Catholic Cemetery. In lieu of flowers, the family asks that you donate to either to St. Vincent de Paul at St. Mark the Evangelist Catholic Church or to a charity of your choice.

Friends may leave condolences at http://www.havenbrookfuneralhome.com