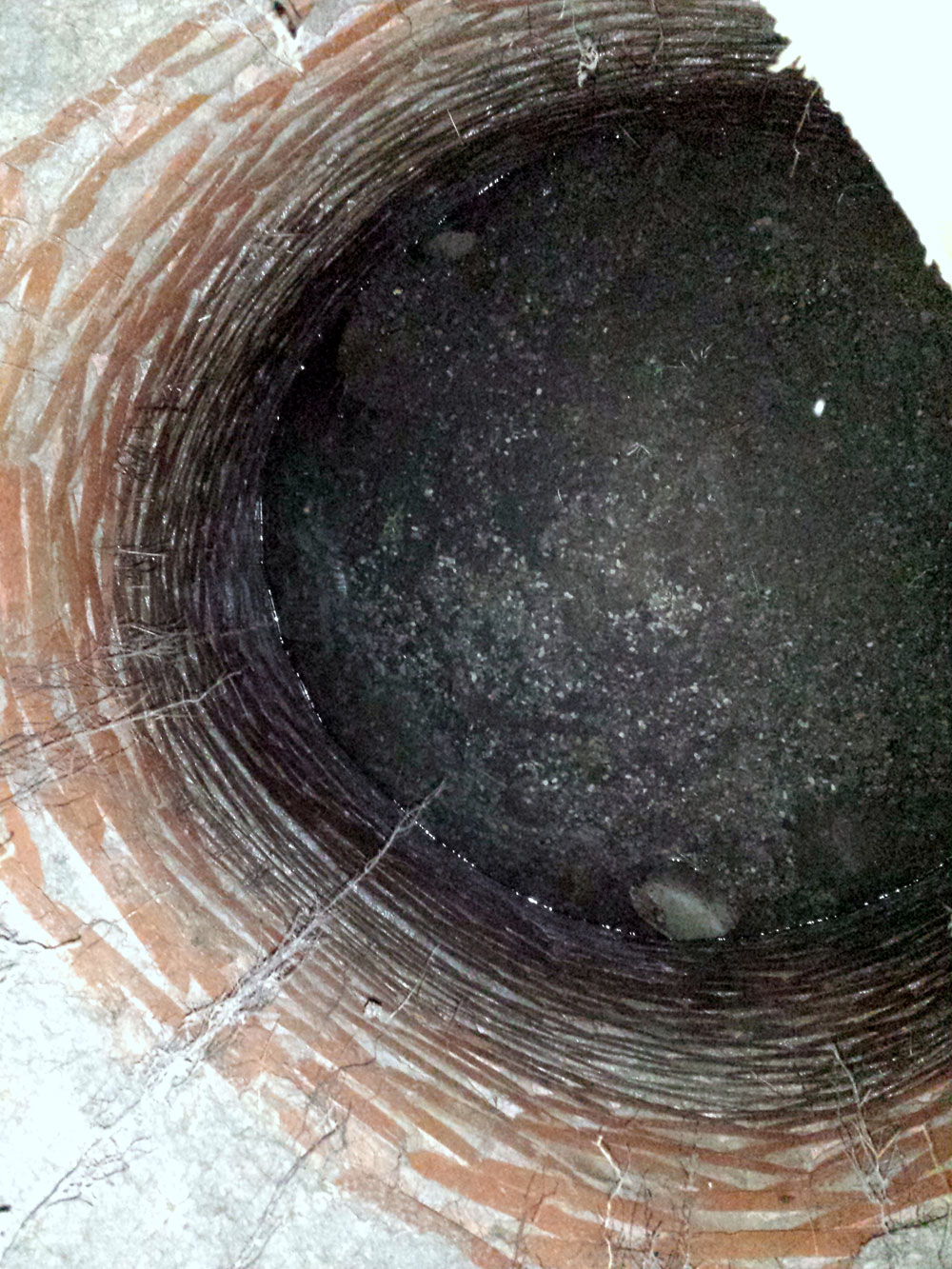 Pawhuska Indian Village resident B.J. DeFrank was taking out her trash the morning of Oct. 13 when she saw a hole had opened up on the side of her house. At first glance it appeared to be a sinkhole, but upon further inspection it turned out to be an 8-foot water well.

She and her husband at first were afraid for the neighborhood dogs, fearing they would fall into the well, but as the hole got bigger, they began to worry about passersby. They covered the hole with beams and a safety cone.

“I was just so scared that a dog or child could have fallen in that hole so I put the beams there to make sure it was covered,” she said.

The well measured 8 feet 10 inches deep and 2 foot 7 inches wide. DeFrank bought half a load of gravel to fill in the well.

But as it turns out, every home in the three district villages had a well.

“Every home out at Indian Camp had a well at one time. We plugged about eight to 12 in 2002. We hired a contractor to fill them in with cement,” said Paula Stabler, Five Man Board chairwoman. “It’s really pretty common. Some are under porches and such. Houses are built on top of others. You have to remember we have been here a long time. As we find them, we try to do something with them.

“People dug their own wells too, so there is really no way of knowing the location of every well out in Indian Camp, that would be nearly impossible. We can only do something about them when they are brought to our attention,” Stabler said.

The wells date back to before water was furnished to the village from the City of Pawhuska. According to Pawhuska City Hall worker Barbara Smith, she said records show the Indian village has been getting city water since 1907.

Debra Atterberry, executive advisor to Principal Chief Geoffrey Standing Bear, also lives in the Indian village. During spring of this year, the ground collapsed in her backyard to expose an old water well she had thought had been filled prior to her moving in a couple of years ago. She laid a piece of fiberboard over it and said the opening in the ground was 3 feet long.

“I’ve been waiting to see what the five man board is going to do about it, it is extremely dangerous,” Atterberry said in an email.

Atterberry knows first hand how dangerous an exposed well can be because her brother Danny Walker fell in that same well in 1960 when he was six years old. Their grandmother lived on the property then.

Walker said he fell through a hole that was about 14 to 16 inches wide and dropped down about 30 feet to the water. He was pulled out by his neighbor and brother with a rope and had to have 13 stitches in his knee from scraping it on the way down.

“I think it is good that people know these wells are out there and they should keep an eye out for them and get something done about them,” Walker said. “That well at the time was 30 feet deep when I fell in; no telling how deep other wells in the village could be.”

Osage Nation Emergency Management has been notified of the two wells in this article and director Bobby Tallchief said he is going to ensure they are taken care of properly and quickly.

If you or someone you know has an exposed well or suspects a well on their property in the three village districts, please contact Emergency Management at (918) 287-5225. A possible well could be a low spot in the ground or a small opening in the surface area of the ground.