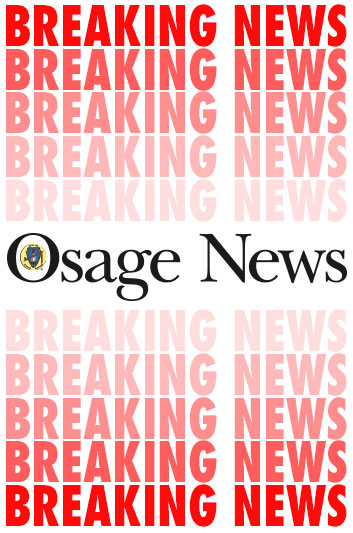 On Nov. 21, 2014 the United States of America took the bold step of filing a lawsuit against the developers of the Osage Wind project to stop the unauthorized excavation of Osage rock and sandy soil, and the crushing of Osage rock, in order to build the Osage Wind energy project. This legal action by the United States follows its recent letter ordering the wind developer to halt excavations until securing the required federal authorizations, which the wind developer blatantly ignored. The suit seeks to “halt all mining and excavation activities within the area of the Osage Minerals Council’s jurisdiction” and orders Enel Green Power and Osage Wind LLC to “refrain from engaging in those activities until proper federal authorizations have been obtained.”

The Complaint, filed by the United States in the Northern District of Oklahoma District Court, states that the wind project developers are conducting “unauthorized mineral excavation activities” and seeks immediate relief from the court to stop the “irreparable harm” to the Osage Minerals Estate and head right holders.

Councilwoman Cynthia Boone echoed Chairman Waller’s appreciation for this legal action by the United States, and stated, “Let this be a warning to other wind companies that may want to build wind projects in Osage County. Trying to skirt the legal requirements and processes to operate in the Minerals Estate will not be tolerated.”

The Osage Minerals Council will continue its vigilant efforts to use all options available to protect the Minerals Estate, and looks forward to the United States’ successfully stopping Enel and Osage Wind from constructing wind energy projects without the proper approvals. “The 1906 Act is alive and well and still protecting our minerals estate,” remarked Councilwoman Stephanie Erwin.