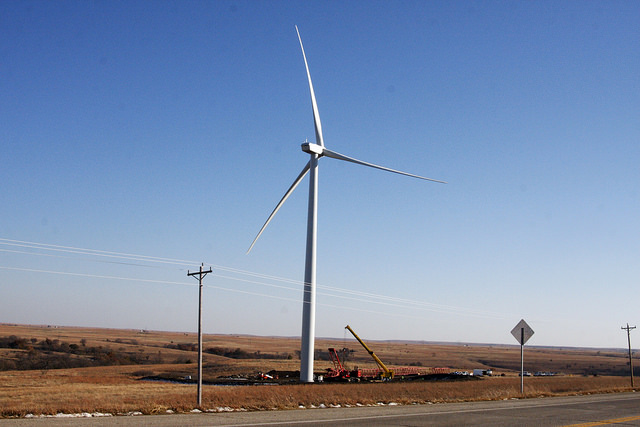 Congress votes to expand jurisdiction of ON Courts

“I appreciate the congress hearing us again. The next step is for our attorneys to coordinate a court action in the Osage Nation court,” said Principal Chief Geoffrey Standing Bear, who signed the bill into law a couple hours later. “Attorney Gene Dennison will be lead attorney for us. He is an Osage headright owner and understands Osage law. He also will be in contact with the U.S. Attorney so they will be able to coordinate between themselves any necessary actions.”

On Nov. 21, the U.S. government sued the three industrial wind companies for unauthorized excavation of Osage rock and sandy soil and the crushing of Osage rock.

According to a Osage Minerals Council release, “The Complaint, filed by the United States in the Northern District of Oklahoma District Court, states that the wind project developers are conducting ‘unauthorized mineral excavation activities’ and seeks immediate relief from the court to stop the ‘irreparable harm’ to the Osage Minerals Estate and head right holders.”

Chief Standing Bear and Dennison said the United States should have included a temporary restraining order, stopping construction. Without it, the turbine construction would continue. He said they would be asking the U.S. Attorney for clarification on when they will seek a federal court order to halt the ongoing construction.

“I am concerned filing of a lawsuit is just another form of talking and so far talking has not slowed down the companies from using our property to build their machines,” Standing Bear said in a prepared release. “It is no secret the Osage Nation opposes the building of these monstrosities on the prairie. To use our property to build them after our objections adds injury to insult. We support the federal filing however construction continues. What has held the Osage Nation back from filing in our own courts is our own people’s belief that others will take care of us.”

The passage of the amendment, ONCA 15-09, did not come easily. A bill similar to it had failed just two weeks prior, with the majority of congress voicing worries over federal law and unintended consequences to the Osage Nation and Osage Minerals Estate.

The congress met with Chief Standing Bear and his attorneys in executive session for over an hour the day of the vote, hashing out scenarios where the Nation could wind up in federal court.

The bill states that the passage of the amendment does not diminish federal law.

In a vote 11-0 (Congresswoman Shannon Edwards was absent), many congress members said the passage of ONCA 15-09 would “harmonize” the Nation’s civil code to match the Osage Constitution’s intent in protecting the Osage people and its resources.

Before the vote, Speaker of the Congress Maria Whitehorn said she still had a lot of questions and was not completely convinced that the expanded jurisdiction wouldn’t go to federal court, with a bad outcome for the Nation.

“I don’t think a negative judgment against the tribe is a good thing for us right now,” she said.

Congressman John Maker said after many conversations with his colleagues he had come to the conclusion the bill should be passed.

“We are elected to make decisions here for the future of our tribe, whether we have oil money or not,” he said. “I do support this legislation because it will strengthen our sovereignty.”

Congressman James Norris said the Osage Constitution states the Nation “has jurisdiction over our territories” and that if the congress didn’t pass the amendment, then the congress would be going against the Constitution.

Pratt became emotional after she revealed copies of letters sent to the Congress alerting them to the fact that more wind companies were coming.

“I think we need to do everything possible to stop them,” she said. “I’m not taking this lying down, they’re not going to stop coming … this is who I am, this is where I’m from.”

Congressman Kugee Supernaw said there wasn’t anyone on the congress who wanted wind farms in the Osage.

“We cannot ignore the unintended consequences. In executive session I was reassured … so I’m going to vote for this,” Supernaw said. “I admire the Speaker, who isn’t sure of some of the consequences or outcomes. I hope she’s wrong, but if she’s right, we’re all gonna be sorry.”

Buffalohead said she did not have a hand in writing the legislation, but was a courtesy sponsor for the Executive Branch. However, she supported it and felt it was in alignment with the intent of the Constitution.

“We can’t afford to wait for the federal government to file something,” Buffalohead said. “When we signed on to be on the Congress, we all knew what our government and Constitution was founded on. If this bill can make it better then why not vote for it?”