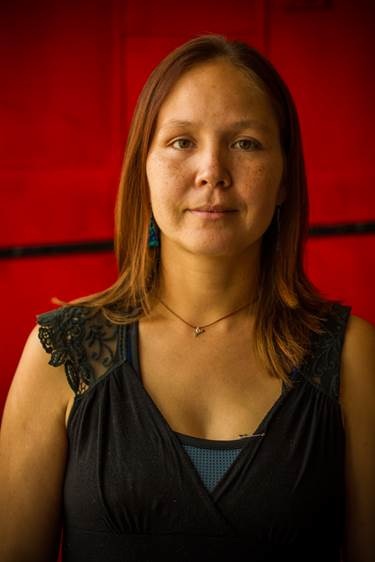 Poor oral health among Natives linked to commercial tobacco use

Raymond Lynch is the first to admit that he is lucky to still have his teeth.

A native of Hollister, North Carolina, and a member of the Haliwa-Saponi Tribe, Lynch helped himself to some of his father’s tobacco and rolled his first cigarette before he was old enough to start school.

He smoked a little more when he became a teenager and eventually quit for five years before picking up the habit again to the point where his daily pre-work routine included a cigarette and a glass of Mountain Dew.

“I’ve had pretty good luck with my teeth,” Lynch said. “When I went to get my teeth cleaned recently, they said some of them were coming loose from the gums. They wanted to pull them all and put in partials, but I’d like to hang on to them as long as I can.”

Before his decision to quit cold turkey in 1997, Lynch was among the 21.8 percent of American Indian and Alaska Native adults nationwide who regularly smoke, roughly 3 percent higher than the national rate.

According to data from the Centers for Disease Control, the smoking rates of American Indians and Alaska Natives are higher than the general population rates in all states with a large enough Native population for a sample size.

In Lynch’s home state, one-third of all Natives surveyed self-identified as smokers, compared to 20 percent of all adults.

Although cigarettes are shown to impact every system in the body, their impact on the mouth is particularly acute, as regular use can foster gum disease and cause the bone and tissue that hold teeth in place to break down. It can also stain the teeth and tongue.

Regular cigarette use can:

Other forms of commercial tobacco, although not as widely used as cigarettes, have similar detrimental effects on oral health and several are more frequently used in Native American communities than in society at large.

The only tribal smoking cessation program to receive funds from the Oklahoma Tobacco Settlement Endowment Trust, the Osage Nation’s Communities of Excellence works with both Native and non-Native communities within the tribe’s predominantly rural jurisdictional area in northeastern Oklahoma, including regular outreach at area football games.

Electa RedCorn, the program’s community liaison, said she often deals with people who use smokeless forms, primarily chewing tobacco. Linked to eight different forms of cancer – including five in the mouth alone – smokeless tobacco use is more than double the rate among Native men compared to all men in general.

Smokeless tobacco is also the third most commonly used form of commercial tobacco for teenagers, with an estimated 6.4 percent of all high school students dipping, according to the Centers for Disease Control.

“The youngest person I’ve talked to about quitting who really touched me was 11 and he had dipped for a year,” she said. “I was doing outreach at a Pawhuska High School football game and came across a dozen little boys in a row with chaw in their mouths.

“I talked to some of the older kids in the group about alternatives and how it is so addictive. If the coaches are dipping, they aren’t going to tell them not to. I didn’t feel comfortable about talking directly to the little boy – he came up to me. He was crying about how much he hated it.”

As part of its cessation and prevention efforts, RedCorn’s office has partnered with local dentists’ offices to offer free exams for local residents who are considering quitting chewing tobacco.  The exams give tobacco users some idea of the damage already done.

The office has also worked to expand the number of tobacco-free zones within Osage County through lobbying efforts with the Osage Nation, city and county officials while honoring tobacco’s ceremonial role in traditional culture, something RedCorn quickly pointed out does not come out of a Skoal can.

“We try to teach about the ceremonial, traditional use,” RedCorn said. “It might not necessarily be our place, but we want to make it clear that chewing tobacco is not the same as praying with it.”

That balance between maintaining tobacco free zones while honoring traditional tobacco use is part of the tightrope that researchers with the Black Hills American Indian Health Center are trying to walk.

Based out of Rapid City, South Dakota, with a branch office in Winslow, Arizona, the center has partnered with multiple tribes across the country to provide research and other resources to justify public health policies, such as the executive order signed in August 2014 by Navajo Nation President Ben Shelly that prohibits the use of commercial tobacco within 25 feet of the tribe’s executive branch offices.

Dr. Patricia Nez-Henderson, a citizen of the Navajo Nation, is one of the lead researchers for the Black Hills Center. With commercial tobacco often being substituted for traditional herbs in tribal rites, she noted the impact on how younger generations view cigarettes and other commercially manufactured products.

“Kids see it (commercial tobacco) used in ceremonies, such as wakes, sundances or Native American Church ceremonies, and to them, it becomes acceptable and part of the social norm,” she said. “If we can change the environment to use what’s traditionally given to us by the Creator, that will make a huge difference.”

“This is a real issue for our people,” Black Hills Center Research Assistant Hershel Clark said. “I don’t think a lot of folks thought it was one until our more traditional people started speaking up about it. A lot of the younger generation is starting to lose that cultural knowledge on how we use and identify traditional herbs for our ceremonies and are just substituting commercial tobacco, thinking it’s the same thing. It isn’t.”

This is the latest in a series of oral health stories produced by the Native Health News Alliance (NHNA), a partnership of the Native American Journalists Association (NAJA).

NHNA creates shared health coverage for American Indian communities at no cost. Registered users can download additional print, web and audio content at www.nativehealthnews.com and publish as is or add their own reporting, highlighting important issues within the local Native community. NHNA services are free to all those who think good journalism has a positive impact in the lives of all of our readers, listeners, and viewers. Click here to learn more.