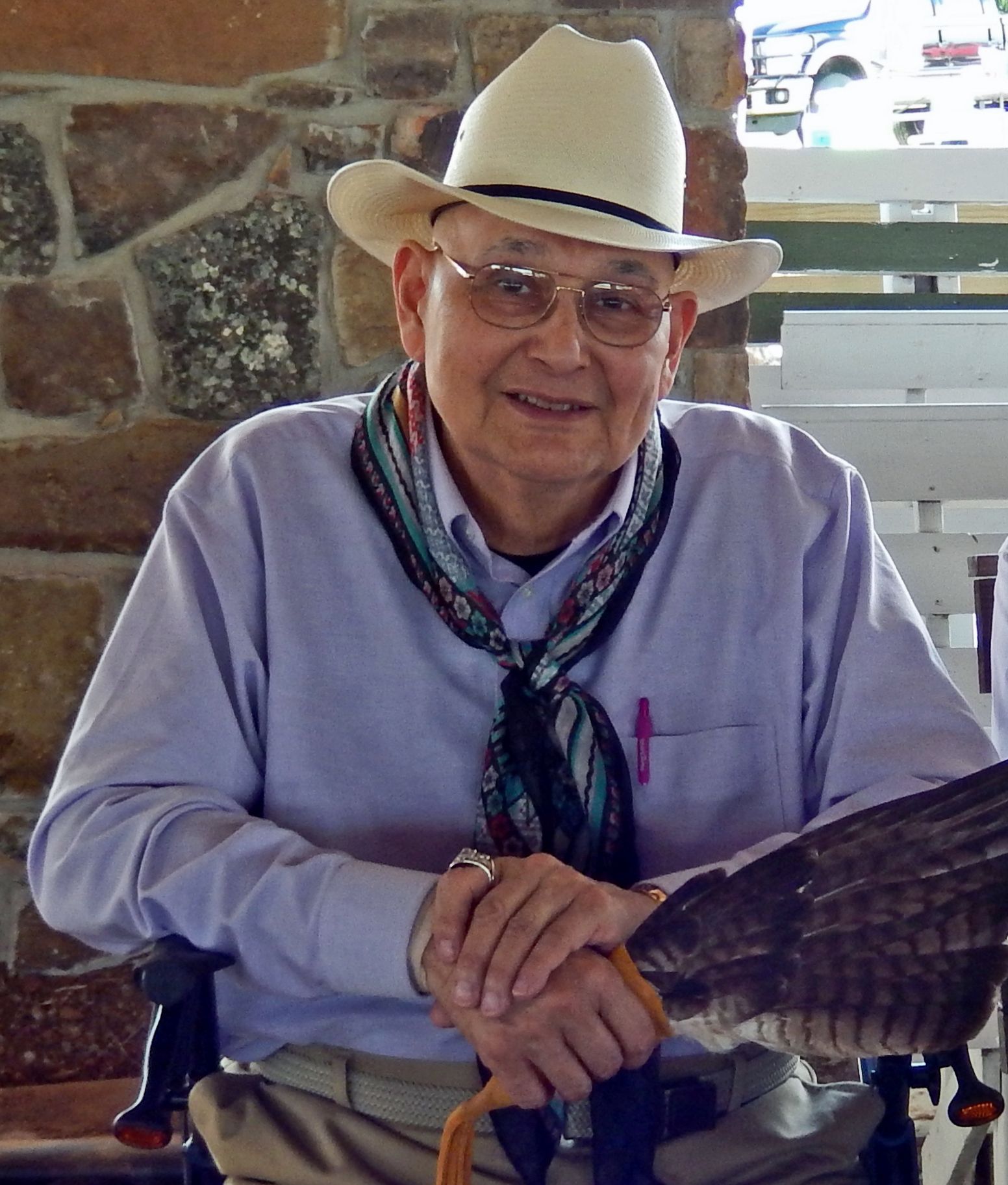 Charles attended and graduated from Stillwater High School in Stillwater, Oklahoma and attended Oklahoma State University. He then attended and received his Bachelor’s degree from the University of New Mexico. He worked in sales and tourism and lived in San Antonio for a number of years and worked at the Guadalupe Cultural Center there.

Charles was an Osage Tribal member, from the Zon-zo-li (Hominy), District. He was an elder of the Ponca Clan, with his Osage name being Wa-sis-tah. He was the Hominy Drumkeeper in the early 1960s, with over 50 consecutive years on the Hominy Ilonska War Dance Committee. Charles, along with his mother, Lottie Pratt and brothers, taught Osage language classes for years. He was a founding member of the Lottie Shunkamolah Chapter of the Native American Church, along with his brother Dr. Steven Pratt.

Charles had an incredible passion for life and was always willing to provide guidance and encouragement to individuals.  He was knowledgeable of all the facets of Osage culture and history.

Charles is survived by: his brother, Steve Pratt of Edmond, OK; nephews: Joseph Pratt and Jonas Smith; nieces: Kristen Pratt and Tara Damron; along with numerous other relatives and friends.

Charles is preceded in death by: his parents; his brother, Michael Pratt and his grandparents, Joe and Margaret Shunkamolah.

Indian services were held on Wednesday, March 11, 2015 at 9:00 AM at the Hominy Indian Village Chapel with Dr. Steven Pratt officiating. Funeral services were then held at 10:30 AM at The Friends Church in Hominy with Pastor David Nagle officiating. Burial followed at A. J. Powell Memorial Cemetery in Hominy. Pallbearers were: John Maker, Larry Maker, Scott Heskett, Brian Strye, Joe Hall, Jason Murphy, Franklin McKinley and John Holloway. Arrangements were by Powell Funeral Home in Hominy, Oklahoma.

In lieu of flowers, memorial contributions may be made to the Lottie Shunkamolah Chapter of the Native American Church in Hominy, Oklahoma.