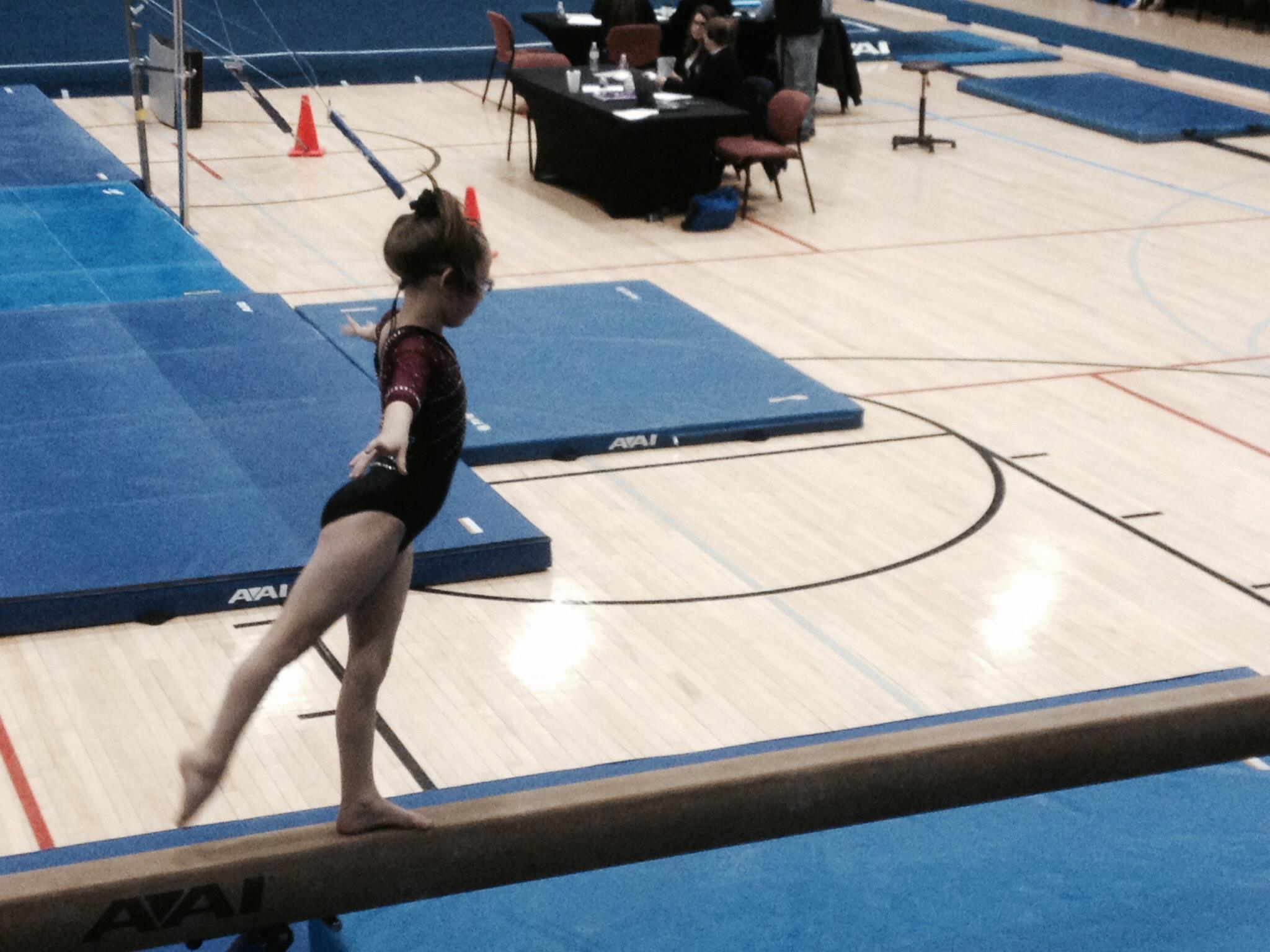 Nevaeh Straley loves to tumble, making her floor exercise routine her favorite event when she’s at a gymnastics meet.

“I love gymnastics,” Nevaeh said. “It is great and my favorite is the floor.”

The seven-year-old Osage from Dewey, Okla., will compete in the Oklahoma Compulsory State Championships at Victory Gymnastics in Norman, April 10-12.

A member of the Phillips 66 Gymnastics Team, Nevaeh has been in the program since she was four years old. She is currently at a level three difficulty, according to USA Gymnastics standards. Her scores for a personal best in vault is 9.375, bars 9.500, beam 9.450, floor 9.200, for an all around score of 37.100, according to her mother, Jessica Straley. She has competed in meets all over Oklahoma and out of state. She recently competed in Wichita, Kans., and placed sixth all around and in Kansas City, Mo., she placed third all around.

“Nevaeh had a great competition [in Wichita], she continues to improve with each competition,” said Lorrie Bertolet, director and head coach of Phillips 66 Gymnastics. “She has many great qualities we like to see in our gymnasts. She is extremely strong and flexible and possesses a great amount of elegance even at her young age. We are excited about her future.”

The young gymnast began learning team values and positive learning when she first started. Straley started out as a level one gymnast learning the fundamentals of gymnastics. She had to master level one before she could advance to the next. In level one she learned the basics of floor, beam, vault and bars.

Nevaeh practices Monday through Friday and is very dedicated to her gymnastics, Straley said. When she does have off time she likes to travel and go on vacations with her family.

“We are so proud of Nevaeh and of her accomplishments,” Straley said. “We’re excited to see how she does at State.”

Nevaeh is the daughter of Jessica O’Neal Straley (Osage) and Kevin Straley. Her maternal grandfather is the late Michael Ray Brown (Osage). Her paternal grandparents are Bob and Patricia Straley and her adoptive grandfather, Mike Hadley.

Straley will compete in the Pink Ribbon Invitational at the University of Missouri-Kansas City campus in Kansas City, Mo., on March 12-15.

For more information on Phillips 66 Gymnastics contact (918) 977-6769 or www.phillips66gymnastics.com