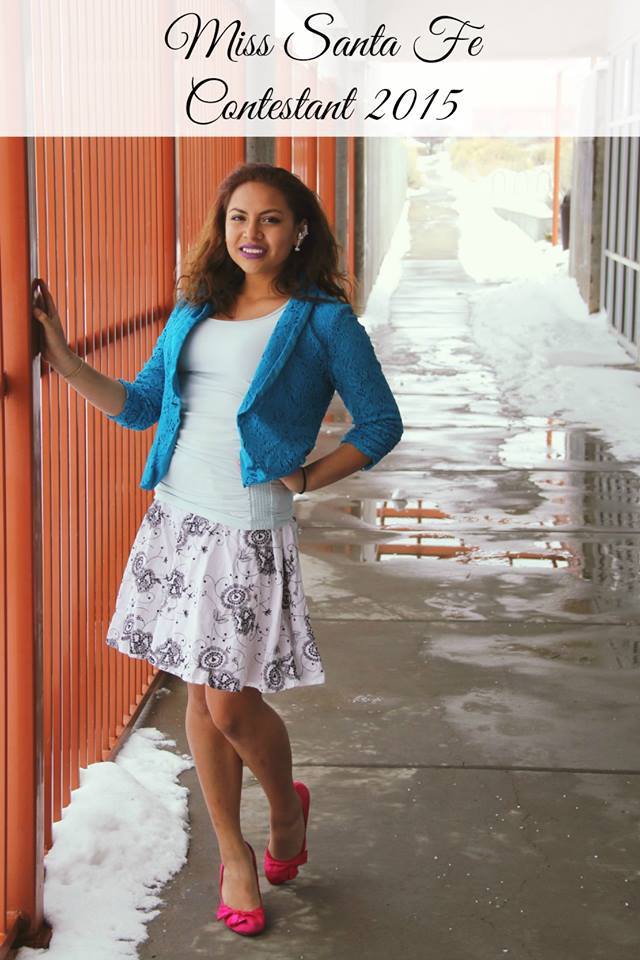 Josephine “JoJo” HorseChief has wanted to run for the Miss Santa Fe pageant for the past two years. This year she’s ready.

The pageant, which begins at 2 p.m. at the Teatro Paraguas in Santa Fe, N.M., on March 28, requires contestants to meet character requirements, be in reasonably good health and fulfill job requirements throughout the year. Each contestant must raise $100 for the Children’s Miracle Network to enter and must be between 17-24 years of age. The contestants will showcase their talents, knowledge of their platforms and other criteria.

Volunteers run the pageant and judges from all backgrounds are chosen to choose the new Miss Santa Fe, said Jacqueline Chavez, a director for the pageant.

“We are not just a pageant we are scholarship program. Miss Santa Fe is a local pageant that is a part of the Miss America Organization, therefore we are a part of the large scholarship programs out there for young women,” Chavez said. “Miss Santa Fe and the OutStanding Teen winners, will go on to work on their platforms and serve the city of Santa Fe in different appearances throughout the city, she will be a mentor for the teens and the Littles, and we will help her grow as The individual and help her get ready to compete for Miss New Mexico.”

HorseChief said if she wins the title of Miss Santa Fe she will raise awareness on the unprecedented number of Indigenous women who are victims of rape and sexual assault in New Mexico, and throughout North and South America. Her platform was inspired from her mother’s trip to a Violence Against Women Act (VAWA) conference. The conversation inspired her to research and learn more about the act.

“She wants to bring awareness to Natives and non-Natives about the violence and sexual assault against women and she feels that a social media campaign message from a title winner could make a difference, even in some small way to women everywhere,” said her mother, Geneva HorseChief-Hamilton.

“I am so grateful and happy that I have this amazing opportunity to make something out of myself. With all the love and support from my family it has made me the happiest girl in the world,” she said. “All of my family has been a great help for the pageant, especially my parents.”

Another deciding factor to compete for Miss Santa Fe was the noticeable lack of Native American women in the pageant world, film industry and the modeling industry.

This is the second pageant that HorseChief has participated in. She first competed for Miss Teen Tulsa where she received Runner Up for Most Photogenic. She was able to advance in the competition and was scheduled to compete in Florida but decided running for Miss Santa Fe at the same time would be too much and has decided to focus on winning Miss Santa Fe.

HorseChief is currently a sophomore at the Institute of American Indian Arts in Santa Fe and is majoring in Cinematic/Performing Arts. She is a 2013 graduate of Pawhuska High School.

“I am excited to go out to support her this weekend. We are going out as a family. We were shocked she was running but she is pretty good at it. We are proud of her,” said Osage Nation Congressman Otto Hamilton, HorseChief’s father.

She will be performing an original composition of a Jazz mix of the movie Star Wars on her Alto Saxophone. She has been playing the saxophone for six years.

The cost of being in a pageant can be costly, with fees for hair and makeup, clothing, travel and an agent. She recently held a raffle at the Osage Nation Sovereignty Celebration Dance and received donations from the Osage Nation Chief’s Office, Osage/Otoe-Missouria attorney Wilson Pipestem and the Cheyenne and Arapaho Tribes.

To prepare for the pageant she has been taking care of her body with a clean diet and exercise and getting herself ready for whatever comes next.

She is Osage, Blackfeet, Pawnee, Potawatomi, Cheyenne and Ponca tribes.