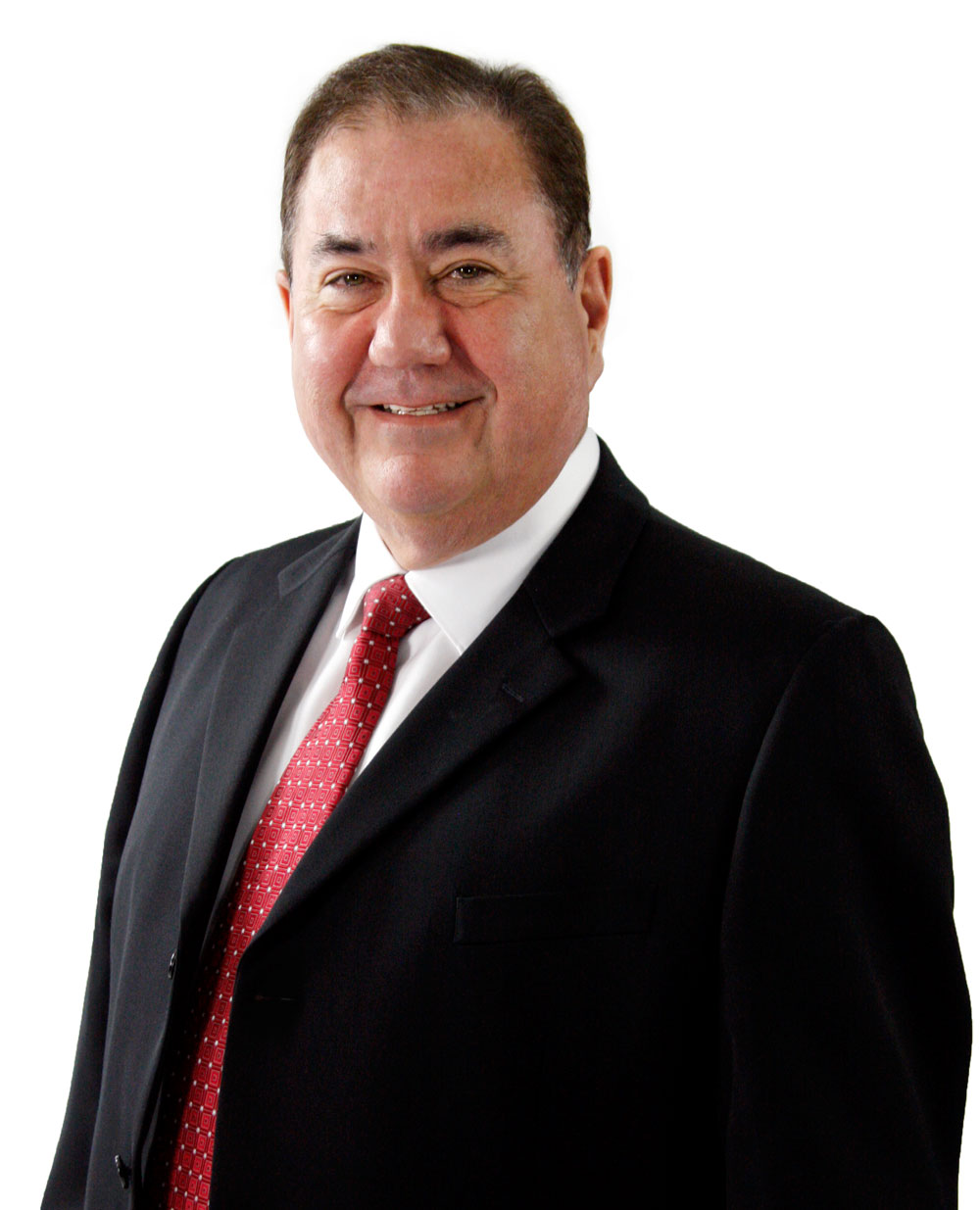 2015 State of the Nation Address

STATE OF THE OSAGE NATION

Madam Speaker and Members of the Osage Congress:

I have chosen to deliver a State of the Nation Address not at a dance or other event as has been past practice and hopefully this will be the place future State of the Nation Addresses will be given.  The Osage Congress, along with our Supreme Court and Trial Court are the elected and appointed leaders of our Osage Nation.  To govern effectively, all the leaders of the Osage Nation have no choice but to work together.

This does not mean we all have to agree.  But, we are under an obligation to try to seek agreement on the best course of action for our government which in turn is to serve only one Master, who is the Osage people.

The Osage Nation is the people, not the government.  We have a government to serve them.  We now have over 19,000 enrolled members, all descendants of the Official Role of the Osage Tribe completed in 1907.  Today, the vast majority of the Osage people, 85%, live outside the original Osage Reservation Boundaries.  Over 45% of the Osage people live outside the State of Oklahoma.  So, it is obvious the 15% of the Osage people who continue to live within the old Reservation boundary are a small fraction of the whole of the people we serve.  We must try to serve those Osage who live here with a restructured health system, with strong police protection, with housing assistance, with our WIC and food distribution program and all other programs that benefit our people.  And we must improve the daycare, headstart, and all early learning programs.  We care for the future of our Nation which is our children.

Here is where the remnants of our culture and language exist.  The last Osage who grew up speaking Osage as a first language left us over 20 years ago.  Since then we have been trying to recover to have once again, speakers fluent in our language.  In the 1970’s it was commonplace to hear our Osage language spoken in the tribal offices, in conversations on the benches of the Iloshka, and in the Native American Church ceremonies.  We have a long way to go to rescue our language.

Yet, we must continue to focus on the programs and needs of us few who continue to live here, but we must do so in a balanced way.  We hope we will be able to rebuild our society and economy so once again we can live together as a people, a tribe, a Nation.  Until then, we have an equal obligation to those who live away from the old reservation to support their education needs, their health needs, and opportunities.

All of this takes tremendous dedication and effort and a very large amount of money.  I have found that the Osage government which has grown over the years is in need of serious pruning, to use a gardening term.  This government has grown to support local needs.  This government has grown from money and programs of the federal government which most often are designed to serve all Native Americans of all tribes within the Osage County area.  The Osage government seems to have grafted itself to the federal government.  Many, if not most of our employees thinking and practice reflect this condition.  I have selected teams to correct these mistakes.

The reality is the need for money to accomplish our goals.  The Osage Government still relies on federal grants and receives $19 million a year from them, but these are funds where competition is high and the availability will be less in the future under the new United States Congress in Washington, DC.

Primary in our thinking is the availability of money to our Osage government from the Osage Casinos.  We have confirmed the proposed expansion of the Tulsa Casino will require a cap on the distribution of money to the Nation from the Casinos in an amount of $40 million a year for at least 7 years.  This is less than the Osage government spent last year.

Against us is another reality.  The programs we have set out for all Osages include our higher education scholarship program, our health card, and our burial assistance program.  I call these entitlement programs because every Member of the Osage Nation no matter where they live in the USA is entitled to these benefits.  This year, these three programs alone are approaching $15 million dollars a year in costs.  This leaves $25 million for everything else.  Again, much less than we have had in the past.

Now, the greatest test is coming.  For just these three important programs, there will be a greater demand from Osages who are just now learning they too are eligible for the benefits.  This is a good thing, and it is predictable.  We also know that we are going to have increases in funding needs for these three programs because our law will require funding from the Osage Congress for a Medicare Supplement and for carry-over money on Osage healthcard benefits.  Be it one year, two years or three years, healthcard carryover creates a funding need which will have to be appropriated by this Congress in the next few months.

And let us not forget, as the new Tulsa Casino expands, so will our need to expand our gaming commission in terms of equipment, employees, benefits, and other costs.

My staff and I understand we must prepare for a budget in the coming years which will have the gaming money distribution limited to $40 million dollars a year for the needs of the government, and of this, the entitlement programs will consume half or more.  We also are aware of the need for use of the money to fund our defense of the Osage Mineral Estate and to assert our claims to our water.

We have proposals from the State of Oklahoma to have the Oklahoma Corporation Commission move aside the Bureau of Indian Affairs and regulate oil and gas production at the Osage.  I have publicly announced our objection.  We also have the Oklahoma Attorney General writing his view on the authority of the State of Oklahoma over Osage Water.  We have used the water underground to produce oil, we have used water in the rivers and streams, and on the surface.  In our Osage language it is no coincidence our word for life and water are one in the same.

My staff and I understand the needs for more housing, better early learning facilities, for the establishment of veteran’s programs, and to expand our language and culture programs.  We also know this will have to be done with less money for the government to spend.

We have another avenue for funds we have never seriously tried which is the Small Business Administration 8(a) program.  We have studied the failed efforts of the past in Osage LLC.  We need a fresh start.  My visit to Tinker Air Force Base showed me the door is open for immediate profitable work. I believe we are holding ourselves back from these lucrative military contracts because of our inability to change our ways as is necessary to prosper.

In the many years of learning and experience I have come to agree with the definition of what defines a Native American Nation.  In the words of the United States Supreme Court an Indian tribe or nation is a distinct political society separated from others.  We are separated from others by our common history, culture, territory, and until recently, by our language.  We have lost over 95% of our surface lands and our language is in need of being rescued from extinction.

Within this framework I have proposed ten goals for my administration.  If I had the time I would give you today a detailed report on where we are on each.  That may be given later in your Congressional Committees.  These goals are attainable.  To reach them we must work together.  My administration is still making the hard adjustments to the budgets and organization which we believe are absolutely necessary.  We need the changes we submitted in August and which we submit to you for this Session.  They are in the form of budget modifications and changes in the organization of this government structure.  They reassign functions in a more rational and efficient way.  The changes anticipate the future.  In July, we will bring to you more budget modifications and organizational changes focusing on Education and our new Health Systems.  I have assembled a team of dedicated professionals who have been working tirelessly for our goals.  It has been met with resistance to change.  Please help us overcome this resistance.

My staff, including my Director of Operations, my Chief-of-Staff, my advisors, and others who work with me on the necessary change in the course of our government have met with both criticism and with encouragement.  We need for you be on the side of encouragement and I will work with you to find ways to gain that support.

With your support in this Session and in July we will be able to present to you, the Osage Congress, a proposed budget for the next fiscal year which will be within projected revenues and will make progress towards the goals of this Administration. Thank you for your attention and we look forward to working with you and our Osage Nation.