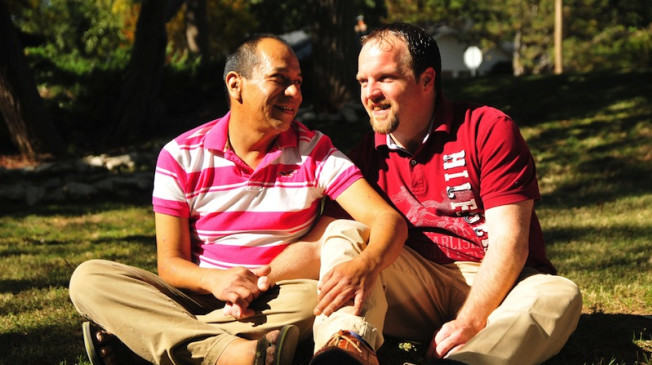 Osage Nation Congresswoman Shannon Edwards is filing legislation today that will amend the Nation’s current statute on marriage, changing the language that specifies marriage is between a man and a woman.

“I believe marriage is a moral commitment which is unrelated to whether one gets a companion pass on an airplane, a tax break, or can inherit from a long time partner without a monetary penalty,” Edwards said. “I think some legal rights afforded only by marriage to a member of the opposite sex should be revisited. I am for taking out the language that prohibits same-sex marriage and letting the Osage courts decide the issue if necessary.”

The current law defines marriage as “a personal relation between a man and a woman arising out of a civil contract to which the consent of parties legally competent of contracting and of entering into is necessary, and the marriage relation shall only be entered into, maintained or abrogated as provided by law.”

Edwards said when ONCA 12-53 (sponsored by Congressman William “Kugee” Supernaw) was passed in 2012 she supported a civil union provision which would allow same-sex couples “to avail themselves of some of the legal rights afforded to women and men who are ‘married.’” But the provision never went through.

The issue came to the forefront again as an Associated Press article named the Osage Nation as a handful of tribes in the country who were holding out on same-sex marriage laws. Unlike other tribes the Nation did not issue a ban on same-sex marriage but the law does define marriage as between a man and a woman.

Osage Nation Trial Court Judge Marvin Stepson said he could not comment for this article due to his position as a judge, but he did verify there has been no challenge to the marriage statute in the Nation’s courts.

Allowing same-sex unions in the Osage would give equal rights to spouses when it comes to the Employment Preference law, benefits from the Tax Commission for license tags, Housing programs, Temporary Assistance for Needy Families, Women Infants and Children program, decisions on a partner’s healthcare, and many more.

According to the AP article, the U.S. Supreme Court “will hear arguments on April 28 and could decide by June whether gay couples can marry in the remaining states and U.S. territories where it’s not allowed.” At least 10 tribes nationwide recognize same-sex marriages such as the Cheyenne and Arapaho Tribes in Oklahoma, the Coquille Indian Tribe in Oregon and the Little Traverse Bay Bands of Odawa Indians in Michigan, according to the AP article.

The Associated Press article was shared on Osage Facebook forums and some of the comments included:

Former Principal Chief Jim Gray: “How many Osage friends/relatives do you know and love who are Gay? Personally, I know of several:

Ed Smith: “Me too and love them all. To prohibit it is to judge. And judging is not our place.”

Jennifer Tiger: “Sadly I think it’s a little insulting when there are gay men and women, dancing, singing, and cooking in June and trying to collectively keep Osage traditions alive and then the ‘gov’t’ will pass this kind of homophobic law.”

Gene Dennison: “I have found many gay friends and straight friends their decision as to preference is of no consequence to me. They are just my friends.”

Osage Congresswoman Alice Buffalohead is co-sponsoring Edwards’ amendment to amend ONCA 12-53. She said her mother taught her to treat others how you would want to be treated.

“I am aware this is a controversial issue for some people, but for me it’s not,” Buffalohead said. “Women, men, old, young, rich, poor … we are all human and deserve equal rights. There has been enough discrimination against our people by non-Natives for hundreds of years.”

Principal Chief Geoffrey Standing Bear said until the U.S. Supreme Court makes a ruling the lower federal courts ruling is what the Nation will need to go by.

“Notwithstanding my personal views, a political leader is sworn to uphold the law. The Constitution of the United States of America and the Constitution of the Osage Nation guarantees equal protection of the laws to all persons and prohibits discriminating against those protected by law,” Standing Bear said. “The federal courts have consistently ruled on this issue in favor of same-sex marriages. Neither the United States Supreme Court or the Osage Nation Supreme Court have considered the issue.”