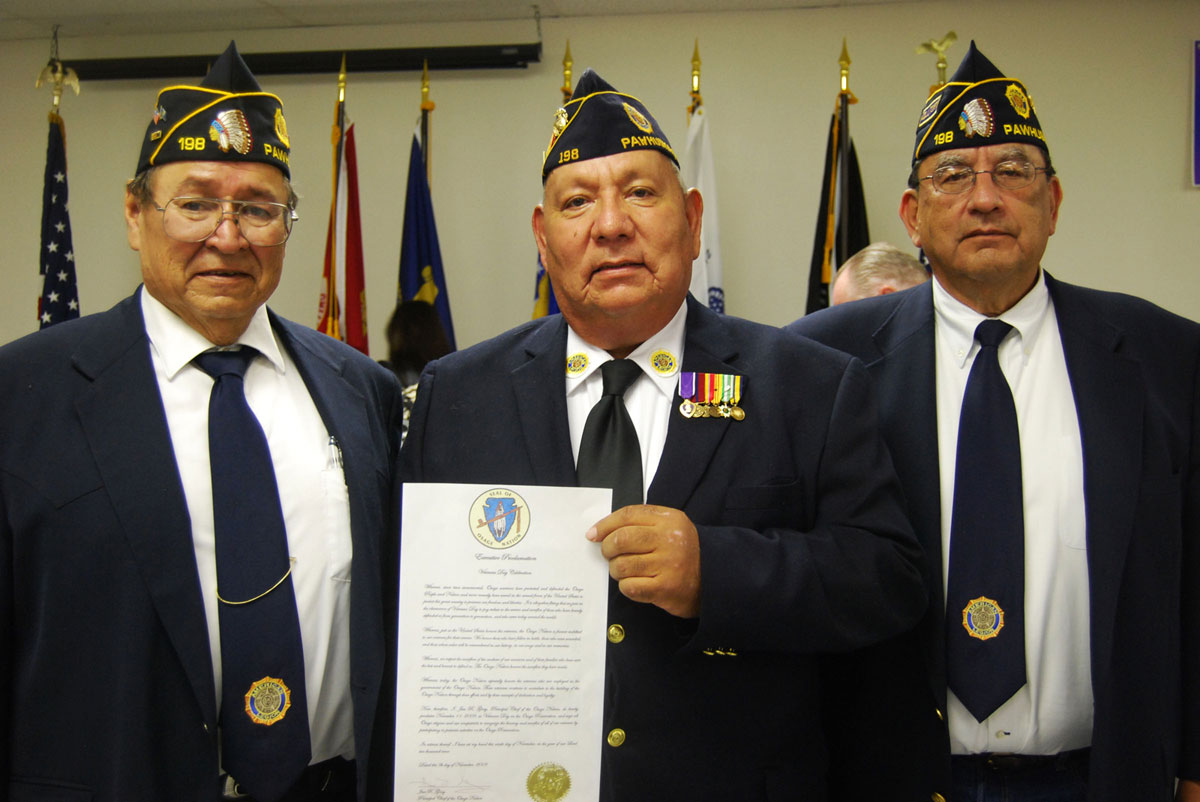 Osage Veteran, John Henry Mashunkashey, was selected Veteran of the Week by the Oklahoma State Legisture and will be honored at the state Capitol on May 4.

He joined the Marines right out of high school, enlisting in 1965. He served until 1969 until he was honorably discharged as a Corporal E4. He was wounded on May 28, 1968 in the Battle of Khe Sanh where he served in the First I Corps. He was shot twice and survived a napalm explosion where he suffered severe burns, injuries and brain trauma. He spent a year-and-a-half in an Illinois military hospital and went through extensive physical therapy to use his legs to walk.

Of the experience he said, “Hey, I’m alive and that’s all that counts.”

He has served three years as the Commandant of the Department of Oklahoma Marine Corps League and he is also the Detachment Commandant for the Osage Detachment 669. He is a past American Legion Post 198 commander and proudly served in the U.S. Marines in the Vietnam War as a Marine Rifleman.

The Department of Oklahoma Marine Corps League of the southern division, which encompasses Texas, Arkansas and Oklahoma, has also selected him as the 2015 Marine of the Year.