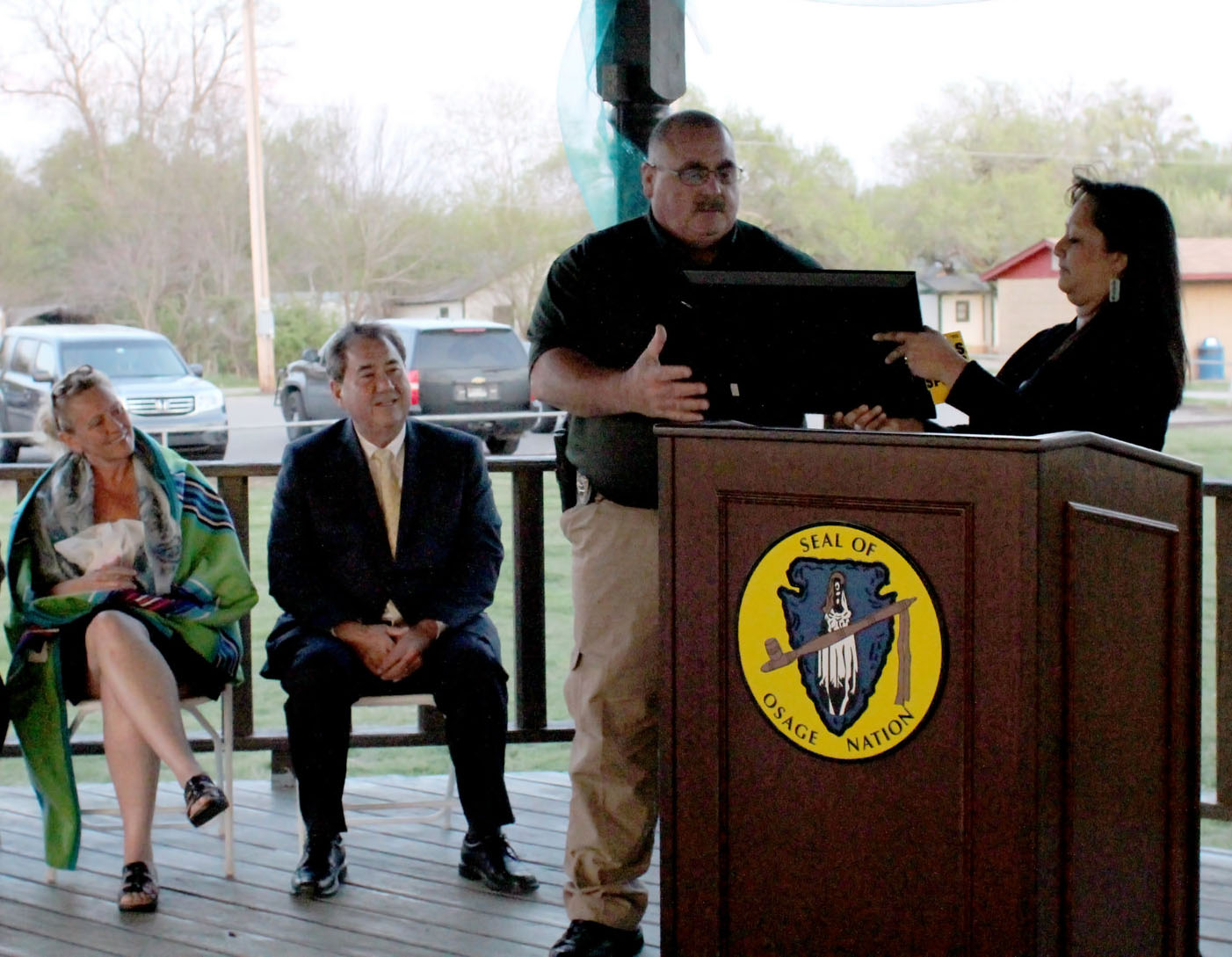 Starting off with a prayer and a memorial song for sexual assault victims everywhere, the Nation’s Counseling Center held its annual Candle Light Vigil in Pawhuska on April 9.

“Sexual assault is one of the most awful crimes committed against an individual, it is also the least reported due to embarrassment and victim blaming,” said LaVina Clark, ON Domestic Violence administrator.

The vigil took place under the gazebo at Ben Johnson Cultural Park on Lynn Avenue in Pawhuska.

Principal Chief Geoffrey Standing Bear was the first speaker for the event and spoke of his first few years as a lawyer. He saw the effects of sexual violence, violence, alcohol, drugs and the how the turmoil from those situations put stress on women and children.

He said people must be relentless in the protection of women and children and let people know it is not okay to sexually assault or abuse anyone. The problems that arise from sexual assault and abuse can trickle down from generation to generation.

The keynote speaker, Executive Director for the National Alliance Against Violence, Dawn Stover, said her sister is a survivor of sexual assault. She said it was very important to support and be there for her, to let her know she was a survivor and it was not her fault. She said to talk about it, don’t let them face it alone because talking helps with the healing process and it doesn’t let sexual assault lie silent in the family.

“On March 7, 2014, tribes were able to reclaim the right to prosecute non-natives who committed domestic violence on their land, who have perpetrated crimes of domestic violence against their women,” Stover said. “What it did not do is cover sexual assault. So, unless sexual assault is part of a violation of a protective order the tribes are not provided the right non-Natives are who perpetrate crimes of sexual assault against their women. We need this legislation changed.”

President Barack Obama signed S. 47 into law on March 7, 2014 to reauthorize the Violence against woman act of 1994.

Honored at the vigil was Osage Nation Investigator Mike Anderson, who was awarded with a commendation for his work dealing with domestic violence and going above and beyond while working on his time off to ensure the safety of victims.

“I do not do what I do for things like this,” Anderson said of his award. “I do it because it is right. As the father of a sexual assault victim, this is something near and dear to my heart.”

Due to high winds, candles were not lit for safety reasons.

For more information contact the ON Counseling Center at (918) 287-5422 or email at: counselingcenter@osagenation-nsn.gov.