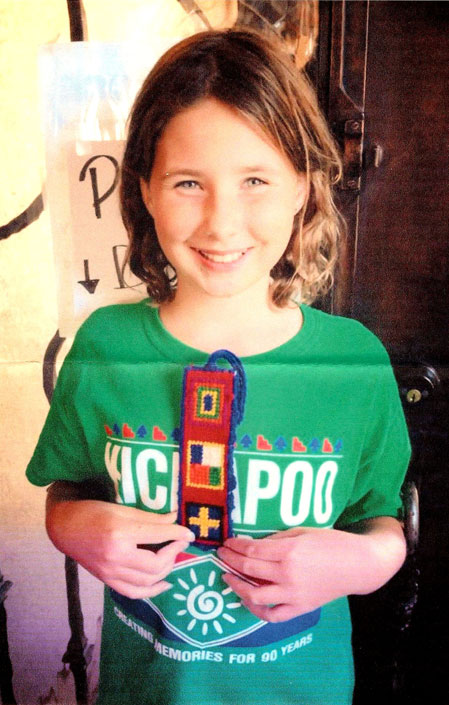 Eden Knapp, an Osage fifth-grader from Austin, Texas, won the nationwide Ben Carson Scholars Essay Contest and received a $1,000 scholarship to go toward her college education.

Nominated by her 5th grade teacher at Mathews Elementary School, the essay question was to write about a book that had meaningful impact on her life and changed it for the better.

She wrote about the Warriors book series by Erin Hunter. She said the series helped her transition to a new school and new city. The Warrior series is about cats who live in the wild in four different clans and work out a way to live together peacefully. She states in her essay “that it is important to find the right clan that accepts you for you” and because of these books, she has a “clan of wonderful friends.”

“Receiving this award is exciting because you feel like you achieved something big and it gives you pride,” Eden said.

She attended the Carson Scholars awards banquet on April 19 in Baltimore, Md.

Active in her community, she created the organization Animal Cruelty Prevention, which aims to protect animals and reduce incidences of animal cruelty. She participated in the 30th annual Keep Austin Beautiful Clean Sweep by picking up trash in and around Lady Bird Lake. She also collected cans and coats for the Capital Area Food Bank of Austin and on Halloween she went “trick or canning” to collect cans for boxes to donate.

According to an Austin Independent School District posting, Mathews Elementary Principal Grace Brewster said Eden is a go-getter and is “always willing to go the extra mile.”

A member of the Osage Nation, Eden is part of the district’s American Indian Education Program.

“As grandparents, we are very proud of Eden for overcoming this hurdle of being bullied that is so prevalent among youth of today and hope that sharing this essay will help other children to realize their own strengths,” said her grandmother, Frankie Parsons.

She is the daughter of Troy and Linda of Austin, Texas, and a big sister to Noah, 8. She is the granddaughter of Tom and Frankie Parsons of Comfort, Texas.

To learn more about the Carson Scholars Fund, visit: http://carsonscholars.org.