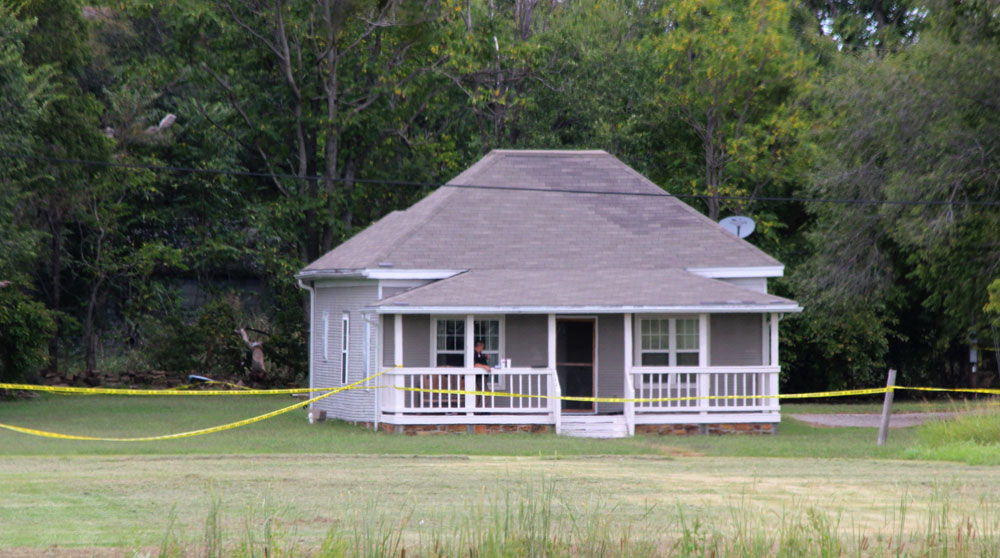 Death in Pawhuska Indian Village most likely a suicide

Jack “Rusty” Cheshewalla, the Osage veteran who was found dead in his sister’s home Monday may have taken his own life, according to Osage Nation authorities.

Cheshewalla was scheduled to appear before a jury trial in Osage County court on Sept. 29 for allegations of sexually molesting a young child.

“It was a suspicious death, we’re taking all precautionary measures to ensure there was no foul play,” said ON Police Chief Nick Williams. “We’re waiting on the medical examiner’s report.”

The investigation into the death of Cheshewalla is being handled by the Federal Bureau of Investigation and calls to the FBI’s media representative in Oklahoma City have gone unanswered.

According to Jeff Jones, former ON Attorney General who is still working on contract with the AG’s office, said authorities suspect a family member of Cheshewalla’s tampered with the scene before authorities could arrive. He said it was most likely going to be ruled a suicide.

The Pawhuska Indian Village Five-man Board Chairwoman, Paula Stabler, said the village community will handle the investigation and cope with the death of Cheshewalla as they’ve handled all other crimes and investigations that have gone on in the village over the past 10 years.

“Crime or various crimes go on in the village and have gone on in the village, it’s nothing new, it’s not something we haven’t had to do,” she said. “Efforts have been made in the past two years to alleviate as much of the crime as much as possible, but we still have a long way to go.”

She said the village at one time had the highest crime rate in northeast Oklahoma and this year they’ve had five major drug houses eradicated.

“They’ve either been put in jail, moved, or banished,” she said. “We don’t have nearly the activity we used to have. The ONPD has really done their best, things are getting a little bit better all the time.”