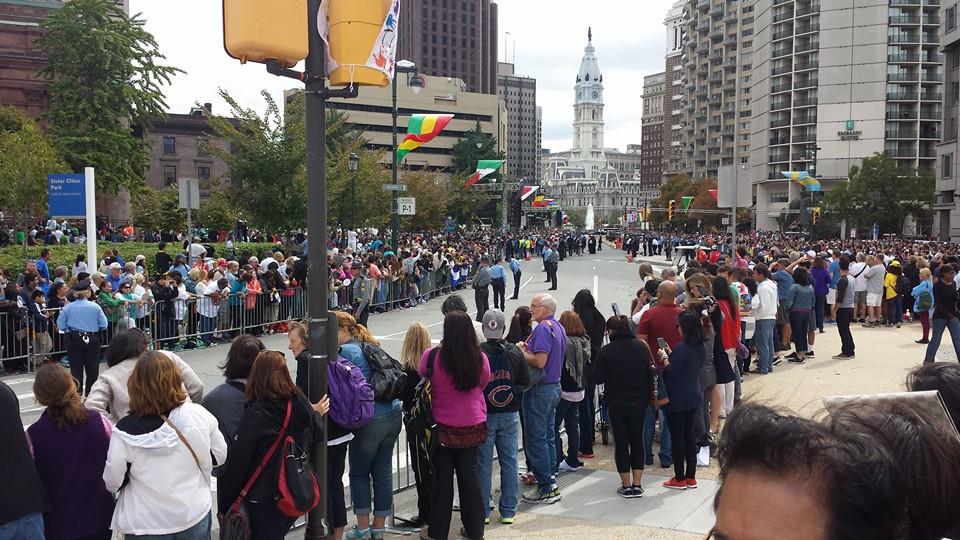 PHILADELPHIA – The day has arrived: His Holiness Pope Francis is in town for the Festival of Families where the Osage Ballet group will perform tonight (Sept. 26).

The ballet group, comprising singers, crew and participating Osage singers will perform a scene from Wahzhazhe: An Osage Ballet this evening at 6 p.m. in Logan Square where the Festival is being held. The event is generating thousands of people to Philadelphia to attend the event and to catch a glimpse of the pope.

On Saturday morning, Pope Francis spoke at a mass in the city’s Cathedral Basilica of SS. Peter and Paul. The Osage ballet group has also arrived in Philadelphia where the group will enjoy the festivities and will perform this evening.

The performance is scheduled at 6 p.m. (Eastern time) and the Festival activities will be livestreamed on the event website: http://www.worldmeeting2015.org/the-latest/livestreamwmof/

According to the New York Times, Francis timed his trip to Philadelphia to coincide with the World Meeting of Families ending with the Festival, a Vatican-sponsored jamboree that occurs every three years. It was founded in 1994 by Pope John Paul II and takes place every three years. This is the first time it has been held in the United States, and organizers said some 18,000 people attended the week’s events.

An Osage News staffer is accompanying the ballet group on the Philadelphia trip and will provide photos and updates when available. For any updates on the ballet group’s trip, follow the Osage News on Facebook, Twitter or Instagram.