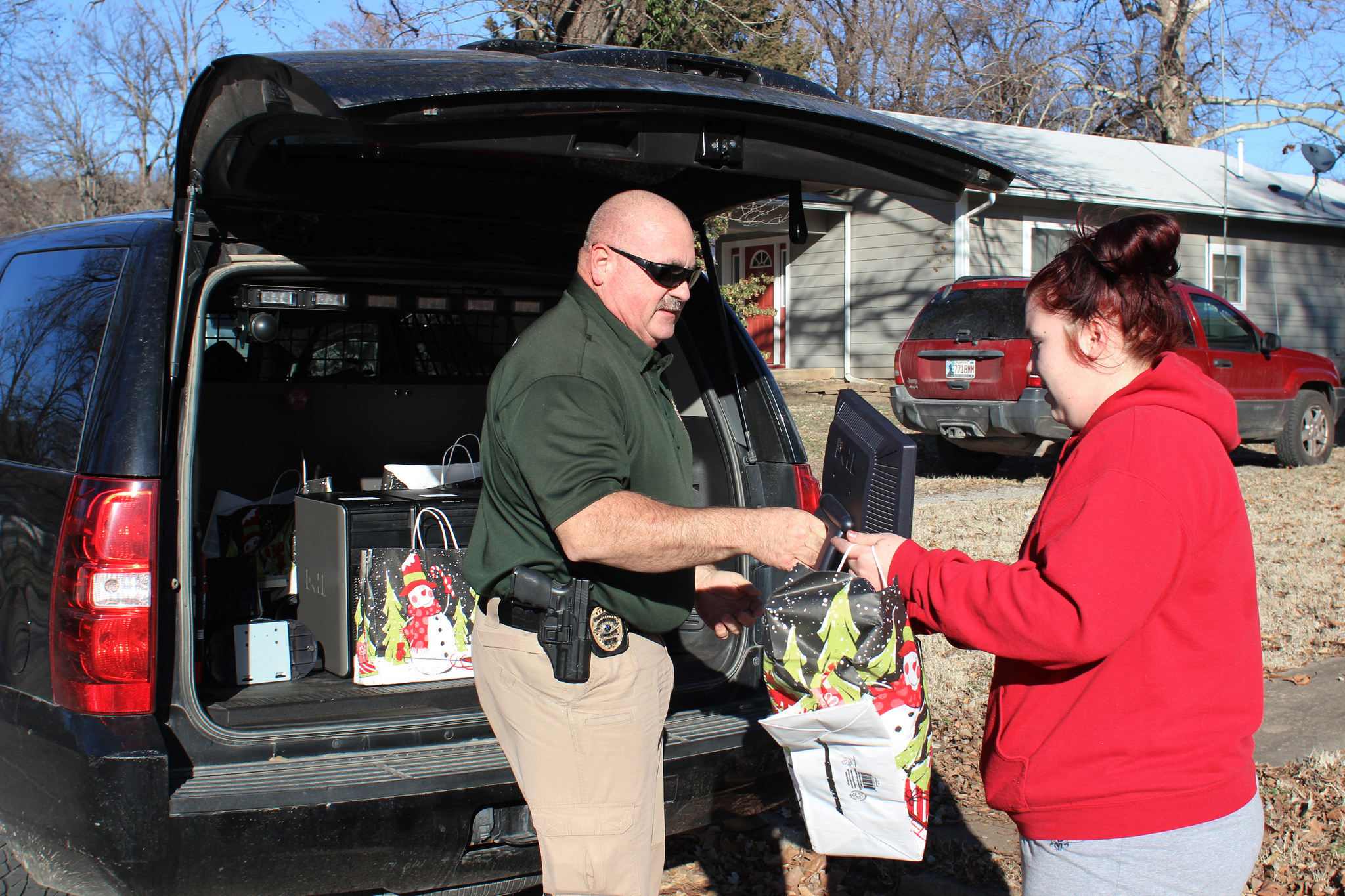 Osage Nation Police Department’s Investigator Mike Anderson has participated in the North Pole Project for the past four years. The program distributes refurbished computers to families in need during the Christmas season.

Marilyn Booth, one of last year’s computer recipients, was ecstatic about the gift last year and said the refurbished computer has come in handy.

“It has been awesome in helping with their reports and homework that they have had for school. Again, I am very grateful for the computer and it has been very beneficial to our family!” Booth said. “We are very blessed to have received the computer from their program. Thank you and God bless all of our Policemen and women!”

Anderson went to Tulsa’s Fraternal Order of Police Lodge to collect the computers that were to be distributed in Osage County on Dec. 21. Anderson immediately began delivering the computers to their new homes.