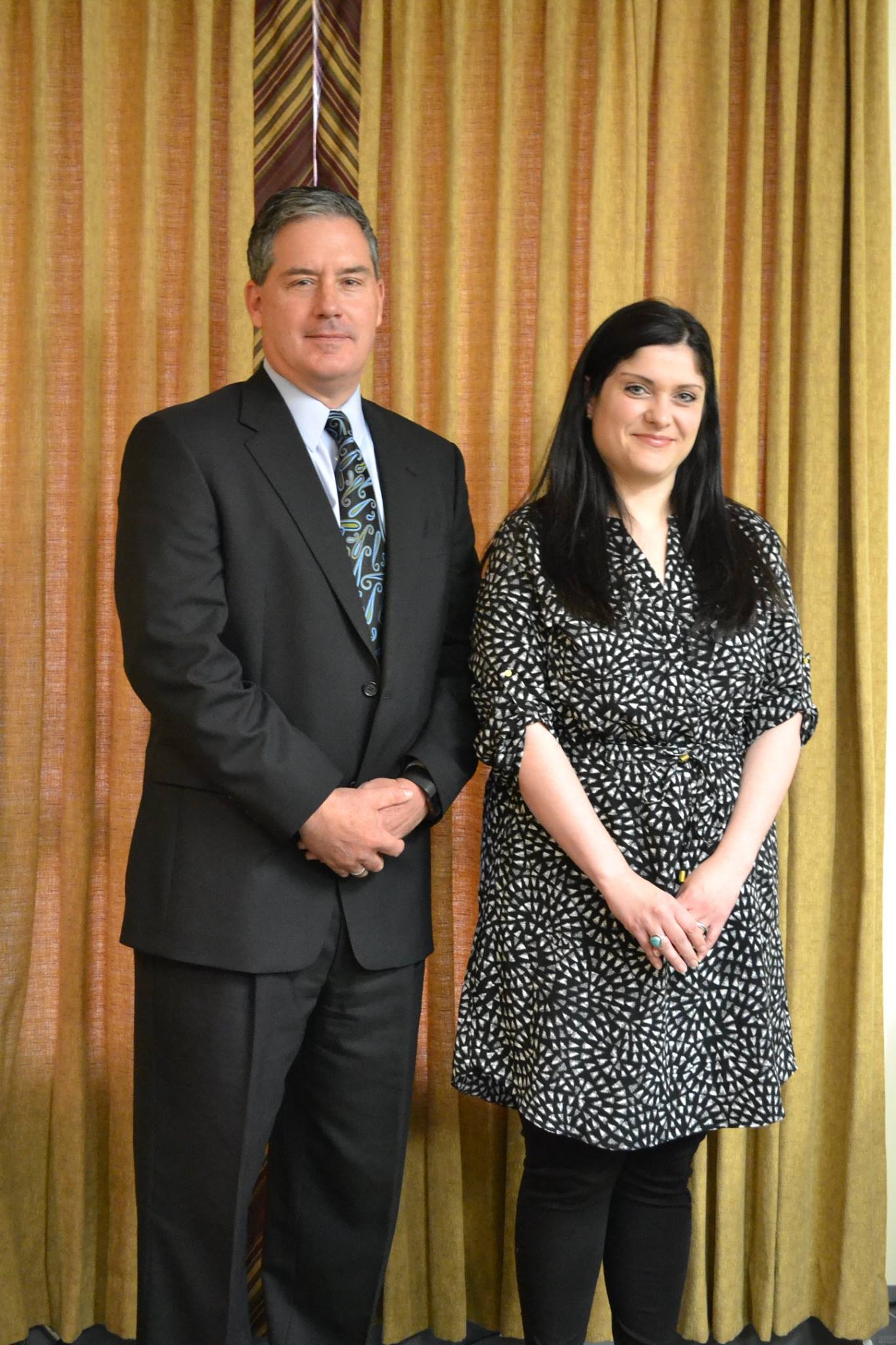 Two Osages are now serving as interim appointees on the Osage Nation Gaming Enterprise Board after taking their oaths.

On Dec. 11, Mark P. Revard and Susan Proctor Kneeland took oaths to serve on the five-member board at the ON tribal courthouse in Pawhuska. Associate Trial Court Judge Lisa Otipoby-Herbert presided for both swearings-in.

Revard and Kneeland will also be subject to confirmation consideration by the Fourth ON Congress when it meets for the 2016 Hun-Kah Session starting March 28.

Revard, of Jenks, is a mortgage banker who is a regional vice president for Gateway Mortgage Group in Tulsa and is former president/ co-owner of FM Bank & Trust, according to his resume.

Kneeland, of Wichita, Kans., is a category management team lead for Cargill Meat Solutions and previously held data analyst positions with Cargill and The Coleman Company, according to her resume.

According to the Osage gaming law (ONCA 14-79), gaming board members are appointed by the Principal Chief and must be confirmed by Congress to serve beyond interim status. Each board member’s initial and subsequent terms are for three years.

Other gaming board member eligibility requirements state: “Any Board candidate who is at least 30 years old, who shall not have been convicted of a felony, and who can demonstrate the credentials of a qualified professional, is eligible to serve as a member of the Board. The Principal Chief shall apply Osage preference in appointing Board members.” The law also states all appointees must apply for a gaming license issued by the ON Gaming Commission and must undergo a background check as a primary management official.