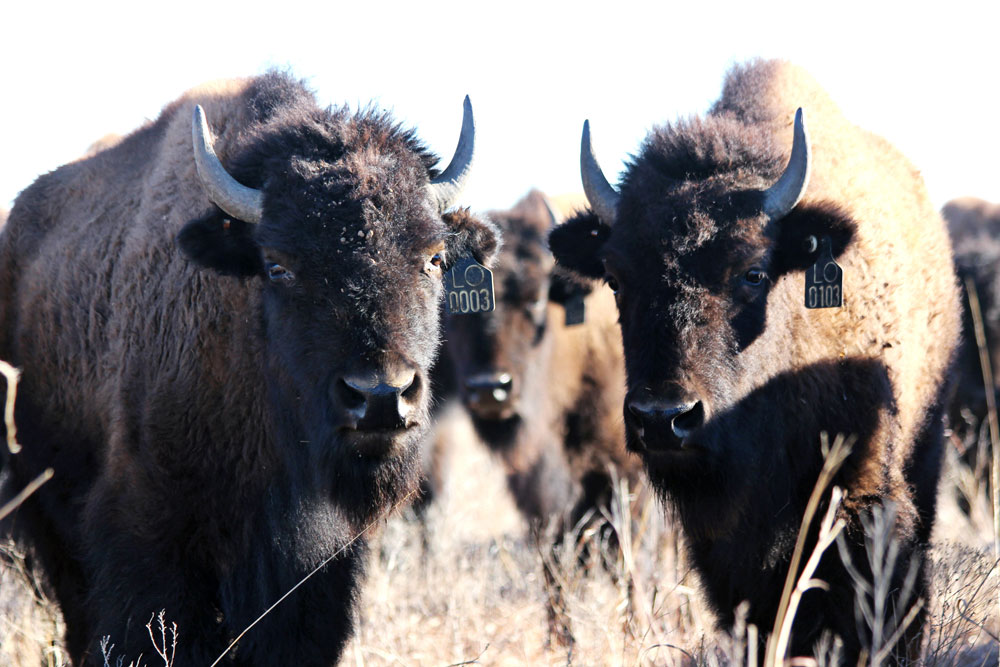 After the Nation officially purchases Ted Turner’s Bluestem Ranch, the Nation will once again be one of the largest landowners in Osage County.

The Nation won the bid to purchase the 43,000-acre ranch on Jan. 28, but the actual purchase won’t take place until early February when the Purchase of Sale Agreement is signed.

“There are steps remaining in the process, and rumors will circulate. We will share official information with the Osage people and the general public as our agreement with Mr. Turner’s organization permits,” said Assistant Principal Chief Raymond Red Corn.

The news of the winning bid went viral. Osages rejoiced from California to Pawhuska.

In an official statement from the Chief’s Office the day following the announcement, Red Corn said: “The bidding process for the Bluestem Ranch is completed. The Osage Nation is bound by a confidentiality agreement with the Turner Group through the broker regarding the details of the transaction. Until additional steps are completed, the Executive branch will have no additional comment on the transaction. We are extremely pleased to reverse 200 years of loss of our lands.”

The bidding process, and how much money the Nation is paying for the ranch, has been kept confidential due to the sealed bidding procedure by Turner Enterprises, Inc.

According to Principal Chief Geoffrey Standing Bear, the Nation first heard the Bluestem Ranch was going up for sale in early December of last year. Standing Bear asked Tim Tall Chief, the chairman of the Nation’s Tallgrass Economic Development, LLC, and an Osage rancher to speak with Turner Enterprises to find out which broker would be handling the bid.

“I asked Asst. Chief Red Corn to sit with me while we got on the phone with Tim [Tall Chief] and we talked at length about how to put this together and prepare it for discussion with the Osage Congress, who would have to approve this,” Standing Bear said. “Asst. Chief Red Corn and I worked on this every day except for Christmas day.”

They began seeking expert advice from both financial and academic resources, university level resources and banking institutions, putting together the best proposal they could, Standing Bear said. They then sent the proposal to the Fourth Osage Nation Congress. By then the word was out, the Nation was contemplating a bid.

Non-Osage ranching families, the Mormon Church and the Nature Conservancy own the majority of land in Osage County.

Standing Bear said after talking to other ranchers about possible upcoming land sales, none were optimistic.

“The more I thought about it, this is our one chance in the foreseeable future to reestablish our Osage reservation,” Standing Bear said. “This is the biggest commitment we’ve made since I’ve been on the Congress or have been Chief.”

The Congress discussed the land purchase in executive sessions during the 10th Special Session.

The bid the Nation submitted would be for the purchase of the land and any permanent improvements thereon; it would not include the bison, equipment, vehicles or rolling cattle stock on the property. Those are subject to separate purchase arrangements. Standing Bear said purchasing the bison is a necessity and they would be planning on those costs.

“As I’ve said before to the Osage Congress, we are in a better financial condition today then we have ever been,” Standing Bear said. “And in our discussions with financial institutions that has been confirmed, we are very credit worthy.”

“Directly from Ted Turner, the Nation was the high bidder and the preferred buyer,” Red Corn said.

Check back to osagenews.org for updates on the purchase.

[Editor's Note: This story was clarified on Feb. 3, 2016 to reflect the ON Gaming Enterprise Board has not made plans to forego the Tulsa Casino expansion.]