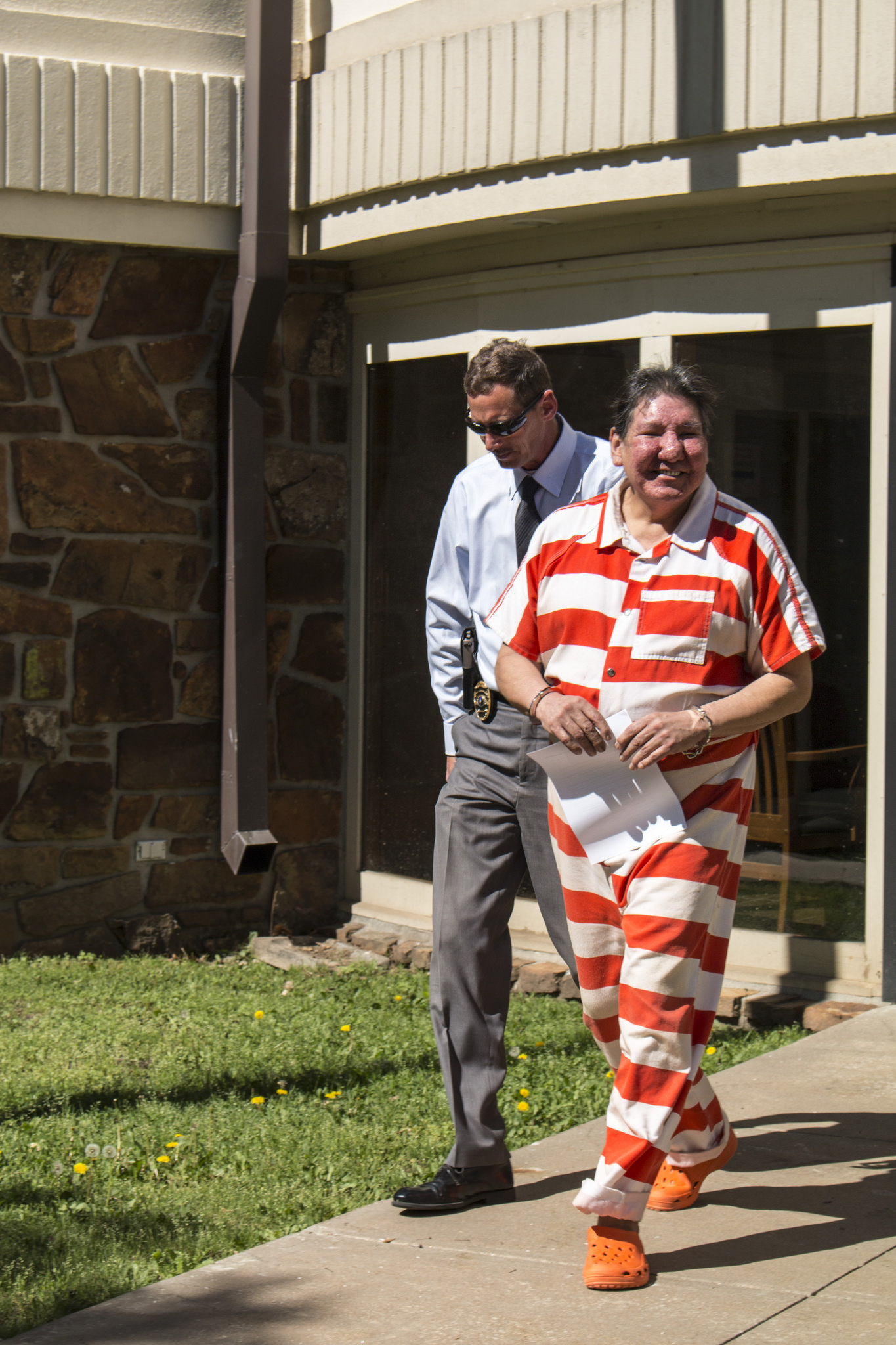 Thomas Eaves, charged with second-degree murder by the Osage Nation for the death of his girlfriend Starr L. Pennington, told ON Trial Court Judge Marvin Stepson he wants a jury trial.

Eaves, 57, appeared in ON Trial Court yesterday with his court appointed attorney. Handcuffed and wearing an orange and white jumpsuit, his long black hair pulled back in a ponytail, Eaves appeared calm and amiable as he spoke with his attorney.

Judge Stepson said a plea of not guilty was entered for Eaves on April 18.

His attorney, Cleveland-based Jon Carter, said there are two factors why the case should be dismissed. The first factor is that under the Major Crimes Act federal law dictates all major crimes, such as homicide, are tried in federal court.

“Jurisdictionally, with all due respect, I don’t think this belongs in tribal court,” Carter said. He said the case had already been tried in federal court and was dismissed.

Secondly, Carter said it would be double jeopardy if Eaves is convicted in tribal court.

The defense was given the deadline of May 31 to file their brief and the Nation was given until June 30 to file a response. Judge Stepson set the next court date for July 7. Eaves was escorted back to Osage County Jail where he is being held. His bail is set at $1 million.

As Eaves was escorted out of the court house, three individuals from the Osage Indian Baptist Church were there in support. When asked if they were at the hearing for Eaves or the victim, Rhonda Kohnle, Osage, said “both.”

“I am here for both. They both came every week to church,” Kohnle said. Kohnle’s husband, Scott Kohnle, is the pastor for the Osage Indian Baptist Church. “We’ve just been asking everybody to pray for the truth to come out, whatever that is.”

She said Eaves went to church every Sunday, even before he met Pennington, 44. Once he and Pennington began dating, she started coming to church with him, she said.

“It’s hard to get out of a pattern of life around here – but they were doing it,” Kohnle said.

This is the first homicide case for the Osage Nation since it reformed its government in 2006.

Federal prosecutors dismissed Eaves’ case, which gained statewide attention, on April 14 after a judge ruled that Eaves was illegally arrested because police did not show probable cause.

According to the criminal complaint filed by Jones, Eaves is charged with second-degree homicide for causing the death of Pennington, “by beating with his hands, fists and other objects.” It said Pennington, who is not an Indian, “did languish and die” on Aug. 24, 2015.

If convicted in tribal court, Eaves will be charged with a misdemeanor, face up to a year in jail, a $1,000 fine or a maximum of 20 years banishment. Federal law prohibits tribes from imprisoning individuals for more than three years, according to the Tribal Law and Order Act of 2013, and limits tribal courts to misdemeanor charges in criminal cases. Osage Nation law permits only up to one year of jail time.

Jones said that there is no statute of limitations on murder and that the U.S. Attorney’s Office can file new charges against Eaves if new evidence is discovered.

There is no double jeopardy for Eaves if he is convicted in tribal court. The Osage Nation is a sovereign government, and he can be charged again by the U.S. Attorney’s Office. If convicted in federal court he would go to federal prison.