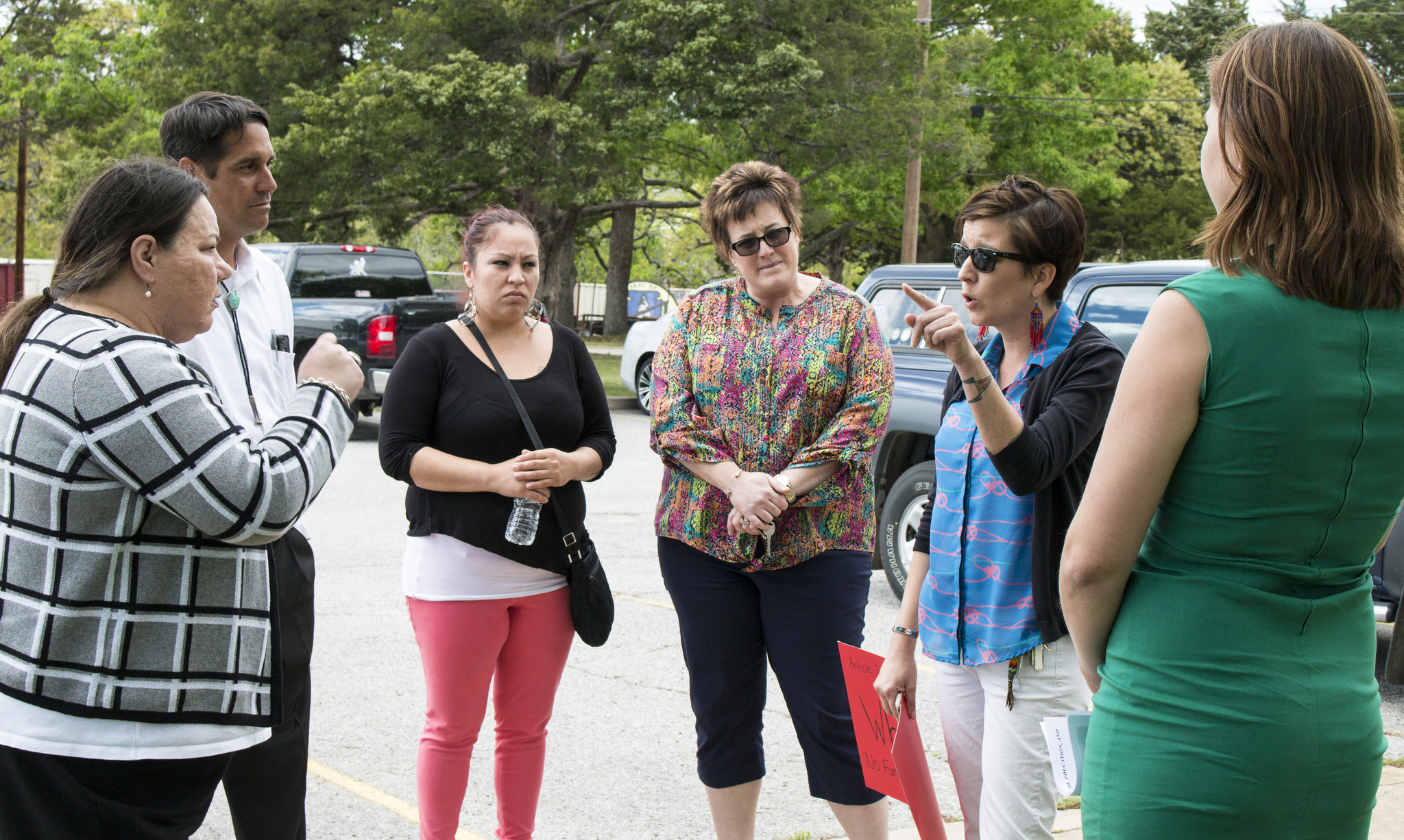 Osage parents are organizing after the Fourth Osage Nation Congress declined to fund the Wah-Zha-Zhi Youth Academies in Pawhuska, Fairfax and Hominy.

A parent meeting is scheduled for 7 p.m. tonight at the Buffalo Nickel Creative store in Pawhuska to discuss possible solutions, said Ryan RedCorn. He asked that elected officials and candidates refrain from attending the meeting. The meeting is for concerned parents only.

The youth academy is an after school program for Osage youth ages 5-18. The academy also offers a summer program. The curriculum features educational and physical activities, tutoring, as well as Science, Technology, Engineering and Mathematical (STEM) programs.

This week the ON Congress cut the funding for the last remaining facility in Pawhuska. Unless a solution is found, the Pawhuska WYA will close its doors at the end of the May 2016 school year.

Last year during the Congressional Tzi-Zho Session in September, Congress asked the Education Department to lower the funding request for the facilities after attendance had dropped dramatically when a new policy was implemented to charge a weekly rate of $5-$10 per child. According to Speaker Maria Whitehorn, the facilities had over 400 students at one time and after the facilities began charging parents the total number of students fell to less than 40. The Fairfax site numbers were impacted the worst, falling to less than five students.

The original request from education was $1.3 million in 2015 and the Congress asked for the amount to be lowered. The education department came back with a lower funding request and proposed to close the Hominy and Fairfax WYA facilities. In response, members of Congress said it was not fair to close the Hominy and Fairfax facilities and only fund Pawhuska, so the Congress voted to cut the funding entirely.

The Executive Branch found the money to keep the Pawhuska WYA open despite the funding cut, but the Hominy and Fairfax sites did close. Debra Atterberry is the Education Services administrator.

Parents listening to the Hun-Kah Congressional session picketed outside the Congressional Chambers on April 21, searching for answers.

Roanhorse said her daughter was nine years old, attended WYA and that the closure would affect her family. She said she is a single mother working 40 hours a week for the Nation. She said she goes to work early and leaves late and has peace of mind knowing her daughter is at WYA in a safe place in an educational environment. She said there is no other option for her daughter other than WYA in Osage County.

“Leaving my daughter alone 40 hours a week for three months [in summer] makes me feel like I let my daughter down,” Roanhorse said. “I unfortunately foresee myself running back and forth from work to home to put my worries at ease. My job is rewarding but very demanding. I absolutely love my job, but being concerned about my daughter’s safety is a natural instinct that I cannot just turn off.”

Congresswoman Pratt said the education department is in charge of WYA and that Congress would have voted for the appropriation had the facilities kept the high number of students they used to serve when it was free.

“For some people [with multiple children] that could be $400 a month, that is a car payment or rent payment. So we said why did you do this and they said they were following the EduCare standards,” Pratt said. “They also cut transportation. They stopped running buses to Skiatook and other places. We asked why are you doing this? We have low-income families; we have parents who can’t transport their children because they work in a different direction. We told them why didn’t you leave it alone and why did you tell them two weeks before [about the new charge]?”

Pratt said the Hominy and Fairfax sites were closed six months ago and those parents were upset that Pawhuska got to keep their facility.

Parents are given the option to attend Osage language classes every week and a parent workday on the first Saturday of the month so their children can attend for free. Any missed classes results in a charge.

According to a prepared release from Principal Chief Geoffrey Standing Bear’s office, he said, “Our long term goal is to provide a science and arts academy for Osage Children through 12th grade. To those who say we do not have enough money for a world class education for our children, I say to them they are wrong, both factually and morally.”

He also said that his administration would try again this summer to have WYA funded for the next school year.

Two members of Congress voted for the funding, they were Congressmen John Maker and R.J. Walker. Walker said he is working on a solution he hopes to present in the Congressional Special Session planned for May.

Electa RedCorn said her five-year-old daughter loves WYA so much she has asked to have her birthday party there. RedCorn said, “that should say something about how the kids feel about WYA.”