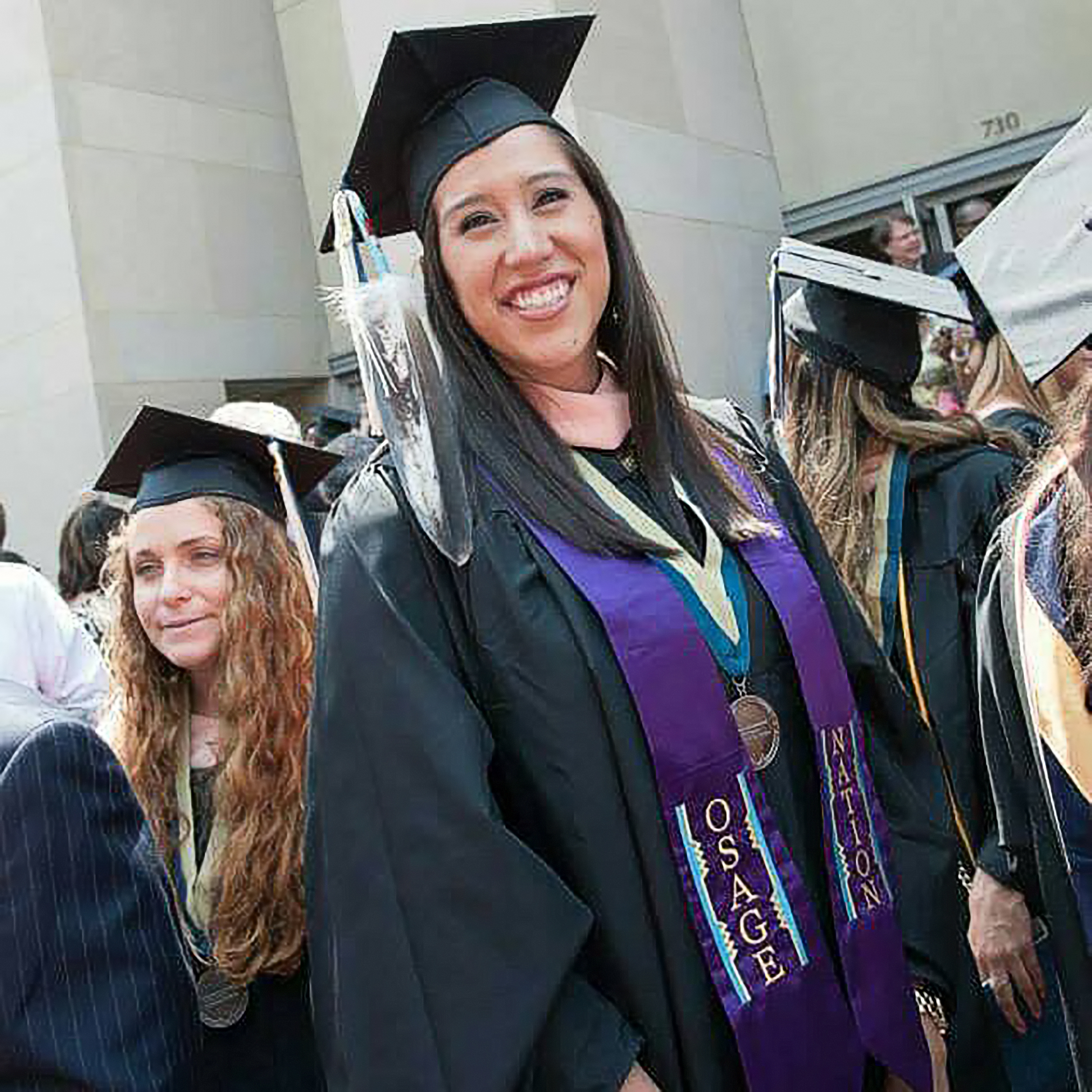 Rachel Dailey embarks on her two-year adventure in the Peace Corps on Monday. She’ll be stationed in the Republic of Mozambique, Africa.

On April 26 she sat in the Osage News office, beaming, her hair freshly cropped for the hot sun of Africa. It’s her very first trip abroad, she said, but she did travel to Mexico for Spring Break once - but she laughs and says she doesn’t know if that counts.

Dailey will take a 15-hour plane ride to reach Mozambique. It is the beginning of a 27-month journey where she will have the chance to put her master’s degree in Public Health from George Washington University to work.

“I hope to get to learn as much as I can about the people there and their culture; and I hope to leave them with something about me,” she said. “I hope to impact them in a positive way.”

Besides packing a lot of khaki pants and cotton shirts, she is taking along her Osage culture and customs and her passion for helping others. She has always had the desire to do international work, she said, and she felt that joining the Peace Corps was a great way to make a difference on a larger scale.

A graduate of Woodlands High School in Woodlands, TX, she earned her bachelor’s degree from the University of Oklahoma, and last year she earned her Master’s degree in Public Health from GW in Washington, D.C.

When Dailey arrives in Mozambique she will stay with a host family for two months to learn local customs, become familiar with local food and learn other necessities of the culture. After her training she will officially begin her 24-month tour with the Peace Corps.

While serving in Mozambique she will be a community outreach specialist, working in the health sector, promoting women’s health by doing AIDS awareness and malaria prevention.

Dailey hopes this experience will give her a better understanding and idea of what needs to be done globally to enrich the lives of others, she said. Upon returning to the United States she would like to find a job in Global Public Health in Washington, D.C.

“Rachel is a nurturer, she’s compassionate, fiercely independent, and a planner. When she told family she was joining the Peace Corps and would be in Africa for two years, I cried for a few minutes and then got on board to support her,” said Congresswoman Alice Buffalohead, her aunt. “I knew she had put careful thought into her decision. She lives a life most people dream of. Her adventurous paths in life have always been on point and I know God has amazing plans for her.”

She said she would miss her family because this will be the farthest she has ever been away from them. She said when they come to visit her she will be granted an extended leave time to visit with them.

While in Mozambique she said she will keep a blog and post photos for her friends and family back home. Although she has requested a location with electricity, she is not yet sure how often she will be able to post. She said she has purchased a solar charger and hopes that will be enough to charge her electronic devices. She said she can commute to the nearest towns or cities when she has recreational leave with other Peace Corps volunteers, but she doesn’t know how often that will be.

“Her dad (Gunther) and I have always encouraged her to experience everything life has to offer and make good use of the knowledge she receives. Hence, her 10 year plan. Her plan included a Bachelor’s Degree, Master’s Degree and the Peace Corps. I am very, very proud of her,” said her mother Melissa Dailey. “Admirable of her independence, and the fact that she has made this decision, which will be a wonderful experience and a lifetime fulfillment that not many have experienced. I am sad, and I cannot help but cry every time I think of my little girl going into the unknown and so far away, as she goes forth on this journey. I am missing her deeply, but I know God has a plan for her and God will keep her safe …”

The Republic of Mozambique is located in the southeast part of Africa, on the border of the Indian Ocean.

Mozambique is one of the poorest and underdeveloped countries in the world, according to the New World Encyclopedia. The currency is called New Metical and 40 Metical is equivalent to one US dollar. The minimum legal salary is around $60 US dollars per month, according to the website.

The official language is Portuguese and common native languages include Makhuwa, Sena and Swahili, according to the New World Encyclopedia. The food is mostly Portuguese and traditional foods of Africa.

The country’s economy is largely based on Agriculture, however, food and beverage, Chemical Manufacturing, aluminum, petroleum and tourism is growing, according to the website.

President John F. Kennedy signed Executive Order 10924 establishing the Peace Corps on a temporary pilot basis, according to the website.

According to the website, the “best and brightest Americans” are sent abroad on behalf of the United States to tackle the most pressing needs of people around the world. They send volunteers to work at the grassroots level to develop sustainable solutions to the challenges that are presented in the host site.

As of 2015 over 220,000 Americans have volunteered their service in 141 host countries, according to the website. The Peace Corps has seven sectors, including agriculture, community economic development, education, environment, health, youth development and Peace Corps Response.