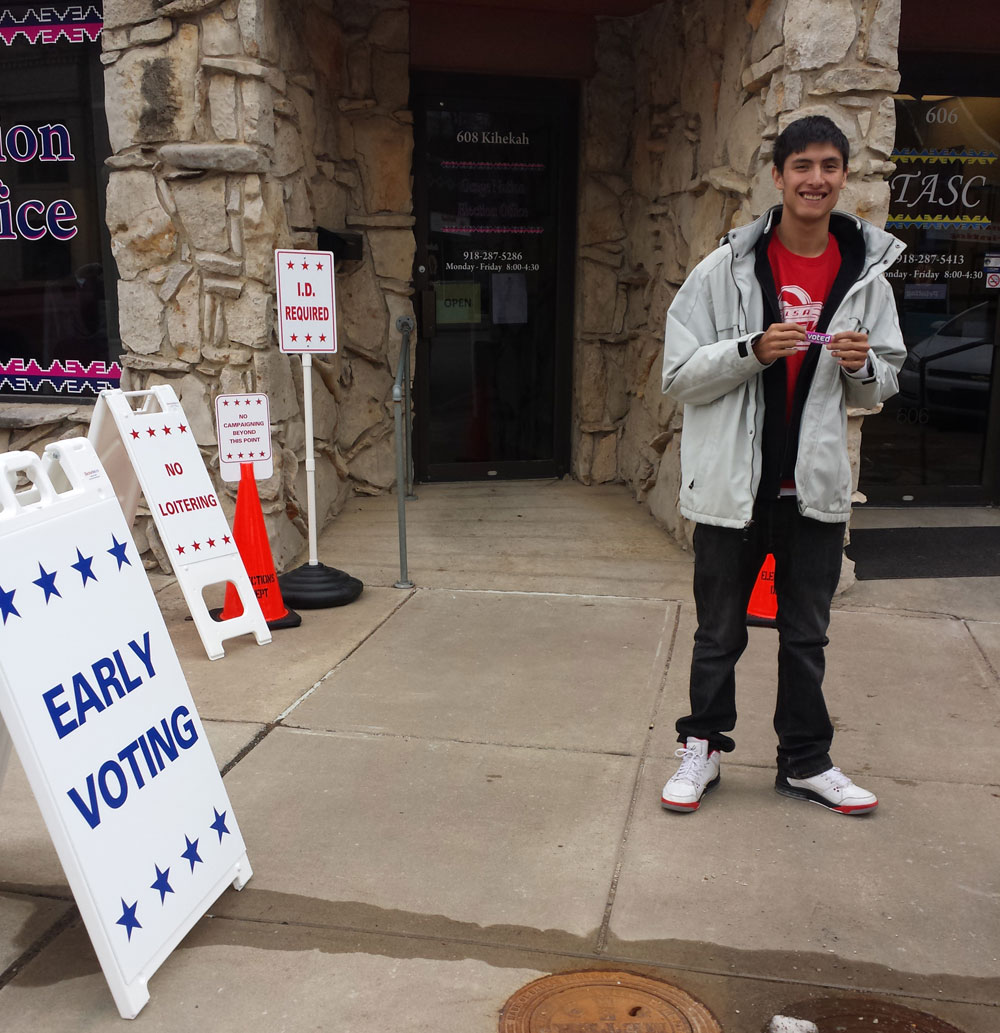 The early voting hours are:

The Election Office will collect and store all voted ballots from the two early voting days in the office vault until the June 6 general election day, said Election Supervisor Alexis Rencountre.

On Election Day morning, the Election Office (with an ON police escort) will transport those ballots, along with the absentee ballots for counting at the Wah-Zha-Zhi Cultural Center, according to the Nation’s election code.

June 6 voting hours are from 8 a.m. to 8 p.m. at the Cultural Center, 1449 W. Main in Pawhuska. After the ballots are counted, the Election Office and Board officials will announce the results at the Congressional Chambers building on the ON government campus.

During the three election day opportunities at the designated polls, there will be no electioneering allowed, which are activities intended to persuade voters’ decisions while they are voting at the polls.

According to the election code, the following prohibited activities are defined as electioneering:

Signs will be displayed at the polls to indicate boundaries where electioneering is prohibited and ON police is authorized to patrol and enforce the election law.