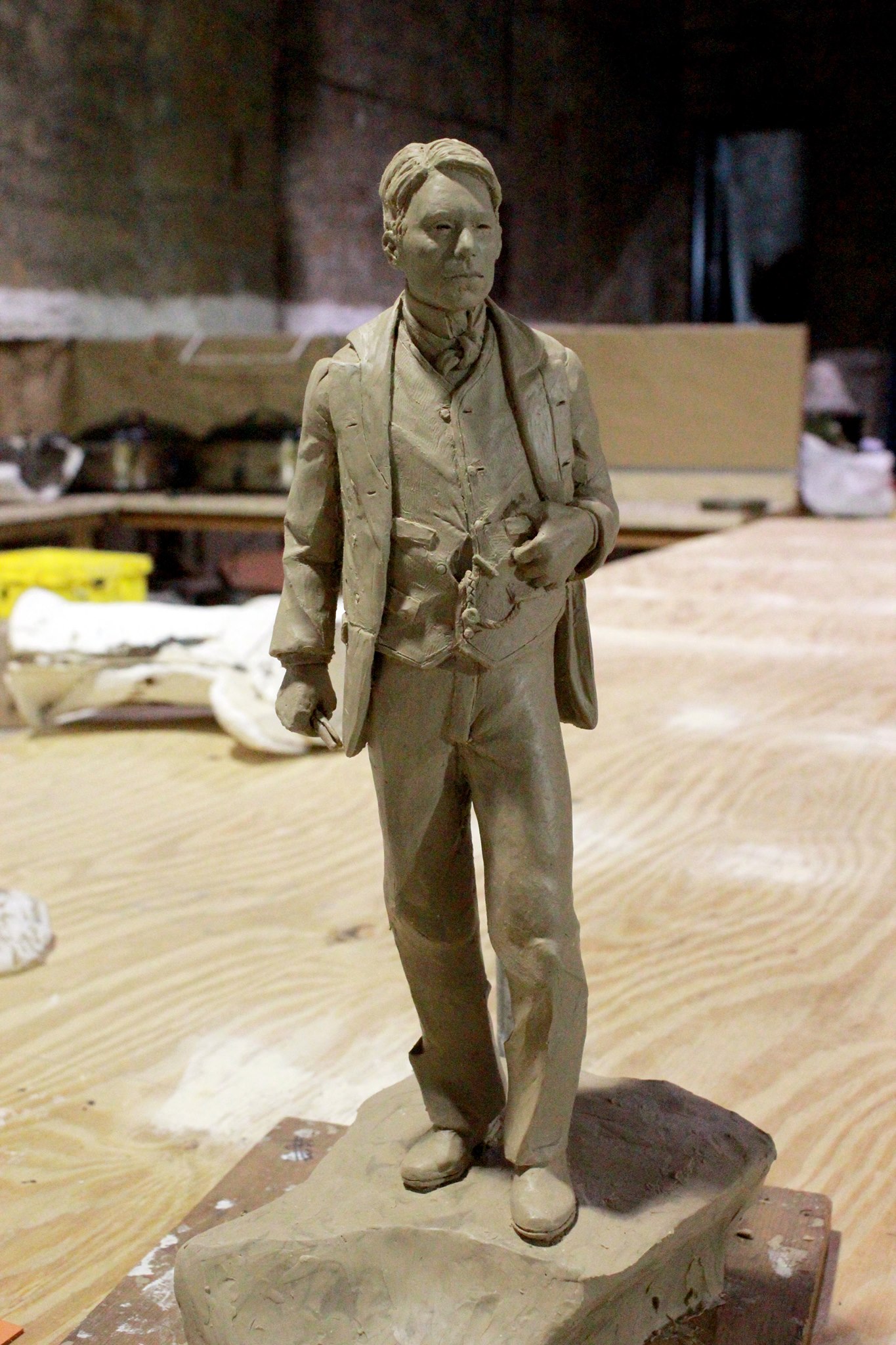 A statue of Chief James Bigheart, renown among the Osage for his wise leadership, will be unveiled in front of the new Law Building on the Osage Campus.

The event begins at 10 a.m. and all living past principal chiefs will be in attendance, said Patricia Bright, one of Bigheart’s great-granddaughters.

Chief Bigheart is known for his leadership in negotiating the 1906 Osage Allotment Act that preserved and provided ownership of the Osage Mineral Estate, leading to great wealth among the Osage. He is credited with holding up the signing of the act for 10 years until the mineral rights were preserved.

The statue is nine-foot tall and cost an estimated $90,000 to make. Osage-owned sculpting studio, The Bronze Horse, designed and sculpted the statue.

“It’s beautiful,” Bright said. “I’m striving for unity, and Chief Bigheart strived for unity. He brought the Osage together … until we unite together we’re never going to get anywhere.”

According to a 1954 article by Orpha B. Russell in Chronicles of Oklahoma, Bigheart spoke seven languages and was a converted Catholic. He was born in an Osage village near St. Paul, Kans., and was named Pun-Kah-Wi-Tah-An-Kah by his parents in 1838, according to the late Julia Lookout in the article.

He fought in the Civil War in the Kansas Volunteer Cavalry at Iola, Kans., and was honorably discharged as a first lieutenant in 1865, according to the article. He stood six-feet tall and worked as an interpreter and clerk at the agency offices before he became active in Osage politics.

Bigheart is credited for introducing political parties among the Osage; he helped write a Constitution modeled after the federal government; he was elected President of the first National Council of the Osages; he encouraged education among Osage youth in Catholic boarding schools. He was one of the wealthiest Osages in the tribe before the Osage allotment, running a successful cattle ranch and owning interest in a number of companies and stores.

Although he wasn’t chief at the time of the allotment act’s passage in 1906, he is responsible for getting a rider clause on the bill that secured the mineral estate to the tribe.

According to the article, Bigheart lived in a cabin overlooking Bird Creek, about 15 miles southeast of the Osage capital and he is buried there in a family plot. He died at the age of 70.