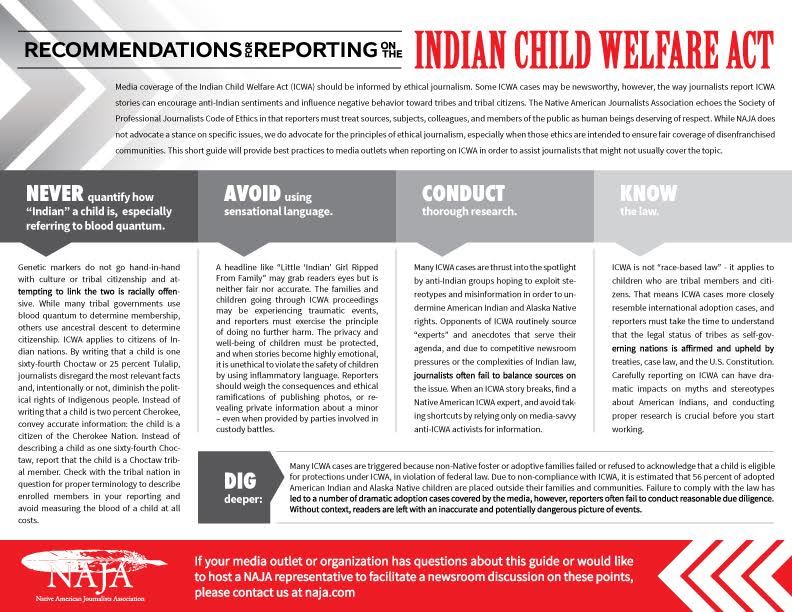 NAJA is hopeful this guide will be a useful resource for any media outlet covering ICWA and will help improve coverage of a complex and significant issue for American Indians / Alaskan Natives.

Ethical journalism should always inform coverage of intricate laws such as ICWA, which directly involve children and families in the Native American community.

According to the guide, some ICWA cases may be newsworthy, however, the way journalists report these stories can encourage anti-Indian sentiments and influence negative behavior toward tribes and tribal citizens.