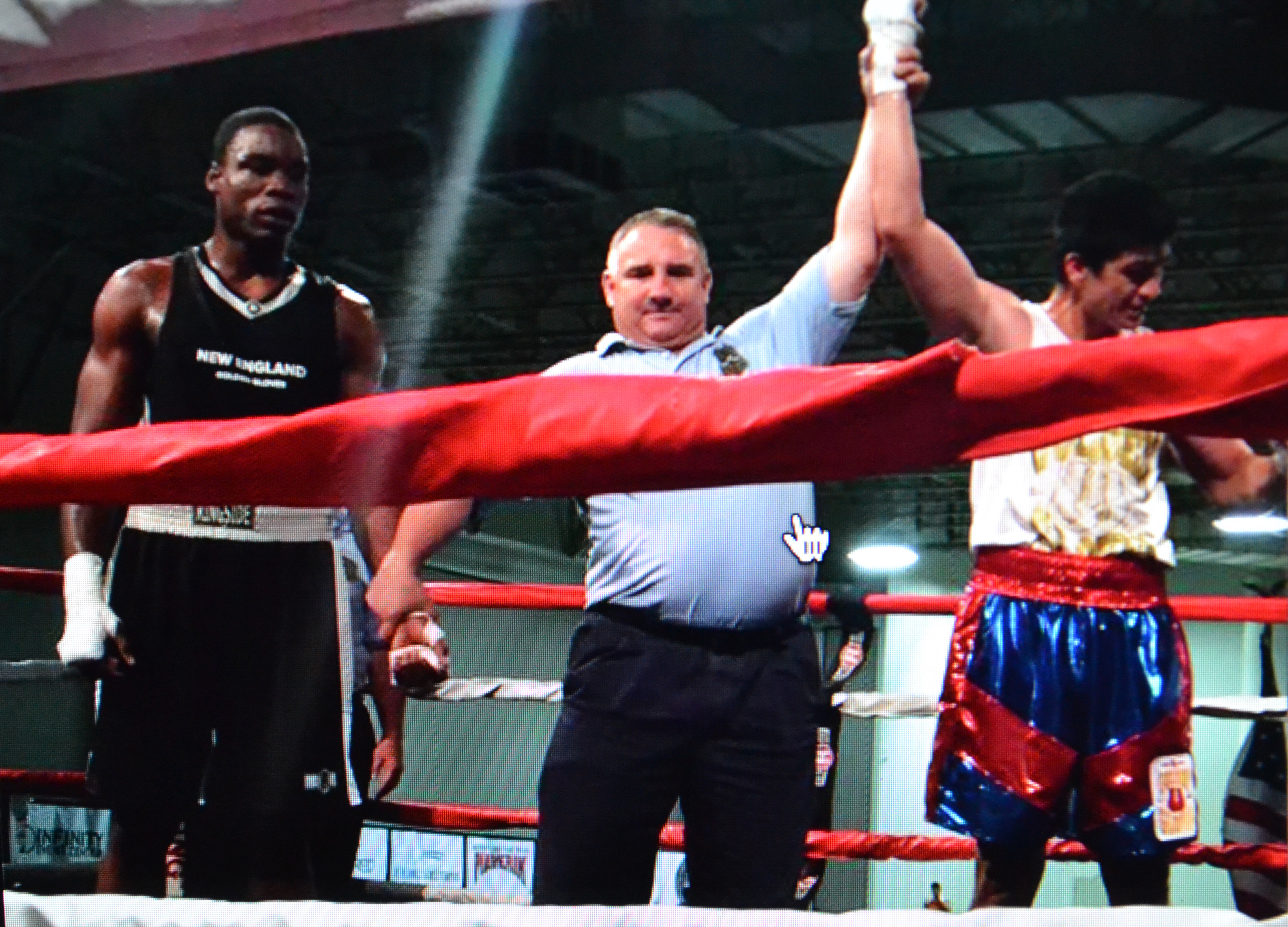 Ben Cottingham is on the cusp of becoming a professional boxer. He is 23-5 in his amateur career. A split decision came between him and a national championship in May.

“Ben is an awesome fighter with a big heart, we have been working on technique and footwork a lot and have hopes he will go pro by this time next year,” said Earl Gilkey, his boxing coach and trainer of 12 years.

Cottingham, 26, attended the Kansas-Oklahoma Regional Golden Gloves tournament in Wichita, Kans., in March. He won the 201-pound open title and advanced to the 2016 National Golden Gloves Tournament of Champions in Salt Lake City, Utah, where more than 300 of the country’s best amateur boxers competed. The tournament was from May 16-21 and Cottingham fought in the heavyweight division.

“He did well. They were more experienced but it was a close fight with the decision of 3-2. He was only two fights away from being a National Champion,” Gilkey said.

Cottingham has trained for years to get to where he is today. His record books are kept in Colorado Springs, Colo., at the USA Boxing headquarters.

He had his eye on the 2012 Olympic games in London but he didn’t make the U.S. boxing team. Undiscouraged, he worked harder. His new goal is to be come a professional heavyweight boxer.

According to various sources, Cottingham would be the first Osage professional boxer.

To prepare for upcoming fights Cottingham said he doesn’t go on a special diet because he loves food and loves to eat. He said he works hard during training to make sure he stays in shape. He jumps rope and steadily works on the speed bag.  He said running is essential to his training.

Cottingham is not sponsored by an outside source. He pays most of his own expenses and Gilkey contributes when they attend tournaments in and out of state, he said. They are currently working on fundraising ideas to help with travel and lodging expenses.

Cottingham’s last fight was June 25-30 in Olathe, Kans. A scheduled fight, Cottingham weighed in at 208, which was seven pounds over the heavyweight limit and put him in the super heavyweight division. He won a three round unanimous decision against boxer Moses Rivera who weighed in at 278.

“I love boxing and working out and getting to hit people for sport,” Cottingham said.

Cottingham is Osage and Seneca-Cayuga. He is one of eight children to Charles Cottingham and Patricia Turley.

He hopes to attend Haskell Indian Nations University in the future like his older brother Chris Turley.