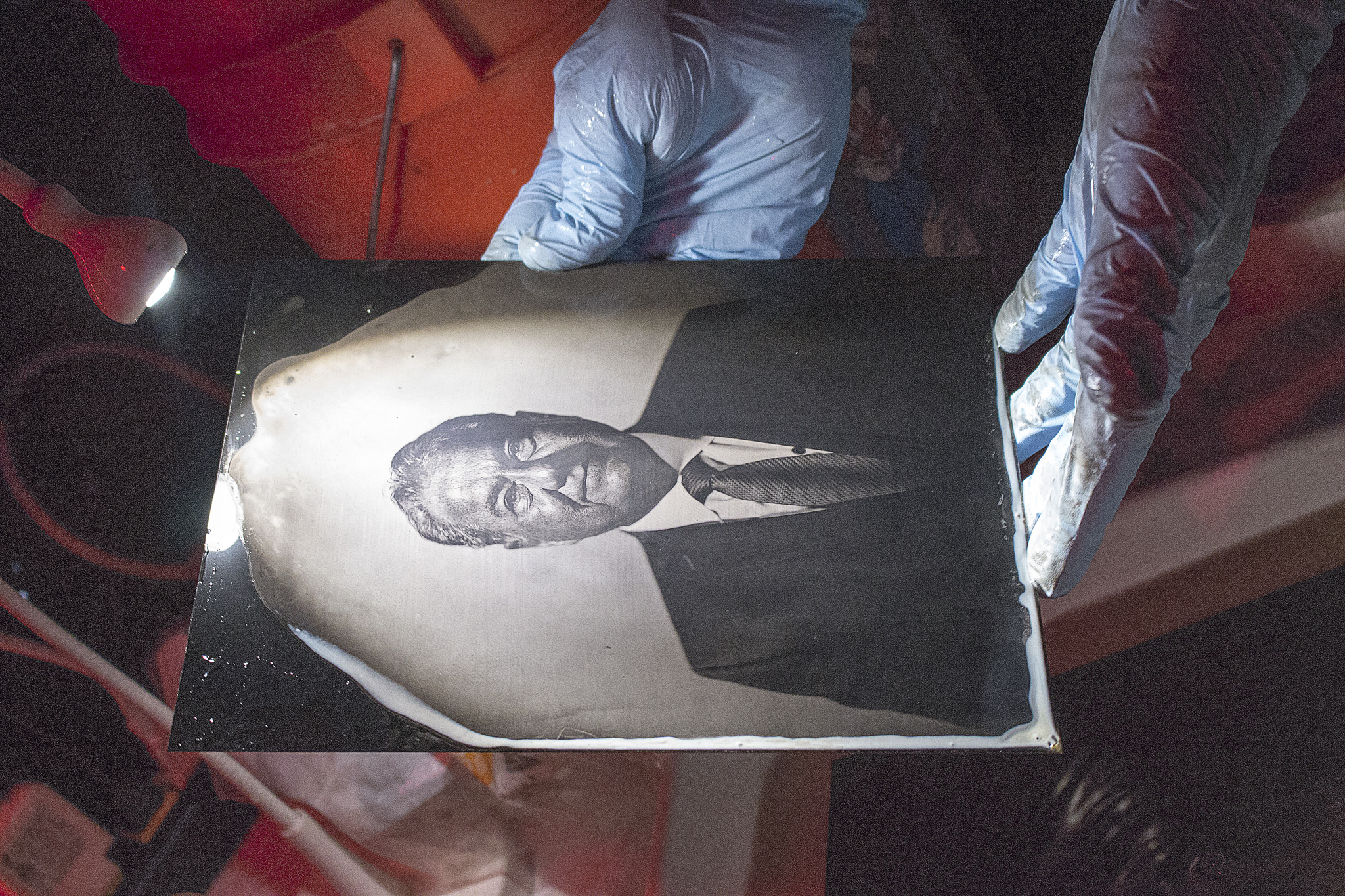 On July 22, the ON Museum and exhibit photographers invited Bigheart descendants to the Pawhuska museum to be photographed for the 2017-planned exhibit in Norman, which will feature the descendants’ photos alongside those taken of Bigheart in the early 20th century by renowned photographer Edward Curtis.

According to the ON Museum, the planned exhibit features historical photographs by Curtis and new works by Navajo photographer Will Wilson, which will be shown together when the Fred Jones Jr. Museum of Art opens the exhibit, PHOTO/SYNTHESIS next spring.

The exhibit is supported by a $40,000 National Endowment for the Arts grant recently awarded to the University of Oklahoma, where the Jones museum is located.

PHOTO/SYNTHESIS is a project by Wilson to directly counter: “the historicizing effect of Curtis’ images by using an anachronistic photography process and wet-plate collodion tintypes to document contemporary Indigenous people,” according to the project description by the Jones museum. “The exhibit provides an opportunity to consider how the iconic image of Native America is often perceived as being fixed at a historical moment, which was created largely by Edward S. Curtis (1868-1952) in his series The North American Indian. Funded by J.P. Morgan, the intention for Curtis’ documentation was to put faces and images to tribal communities that were perceived as being on the verge of extinction and complete assimilation. Well-intentioned Curtis’ project contributed to the construction of the myth of the American West by creating visual documents of ‘endangered’ indigenous people and cultures.”

Regarding the Curtis project Wilson said: “Other Native artists have produced photographic responses to Curtis’ oeuvre, usually using humor as a catalyst to melt the lacquered romanticism of these stereotyped portraits. I seek to do something different. I intend to resume the documentary mission of Curtis from the standpoint of a 21st century indigenous, trans-customary, cultural practitioner.”

Wilson, along with Heather Ahtone, a Native American art curator from the Jones museum, are visiting tribal communities across Oklahoma this summer to photograph the descendants of the people photographed by Curtis.

Wah-She-Wah-Hah (John “Wash” Bigheart), Osage allottee #782 was photographed by Curtis in 1930, according to the ON Museum. Bigheart (1/1/1865-2/9/1939) was a full blood Osage and was the son of Wah-She-Nah-Hah and Ne-Kah-Ah-Se. Bigheart married two sisters, Me-Grah-Tah, who died before allotment and Hlu-Ah-To-Me (Grace), Allottee #783. He had seven children. Bigheart is known to be one of the last Osage men who wore his hair cut in the roach style.

ON Museum Curator Hallie Winter worked with various departments in the Osage Nation in order to contact living descendants of Bigheart. Coincidentally, Winter is a great-great-great granddaughter of John Bigheart. “It is an honor to be a part of this project. I’m not only thrilled to be involved on a personal level, but I’m honored to represent Osage culture today, a major goal of the ONM,” she said in a statement.

Other images by Curtis include people from the Wichita, Cheyenne, Otoe, Ponca and Comanche tribes. PHOTO/SYNTHESIS is scheduled for exhibition January-April 2017, according to the project description.

See Osage News photos of the PHOTO/SYNTHESIS project work on July 22 in the ON Museum on the newspaper Flickr page at: www.flickr.com/photos/osagenews/albums/72157671440575946