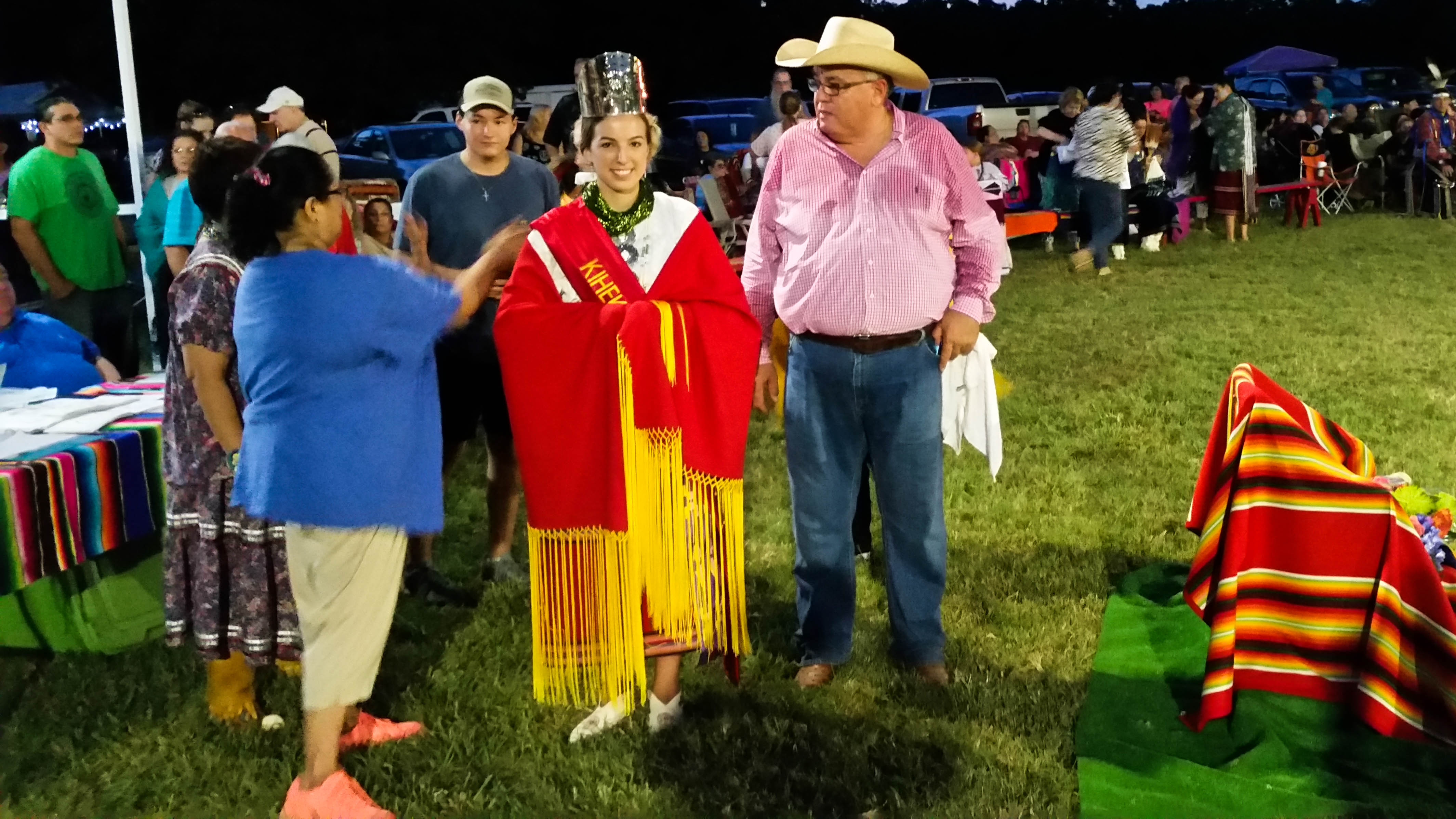 Lane Elizabeth Berrey is the 2016-2017 Kihekah-Steh Powwow Princess and received her crown on July 29 at the three-day Skiatook event.

Berrey comes from the Osage and Quapaw nations and recently graduated from Bishop Kelly High School in Tulsa. According to her biography, Berrey will attend the University of Arkansas in Fayetteville starting this fall.

Berrey belongs to the Eagle clan and her Osage name is Kgiatdoin given to her by the late Harry Red Eagle. On her Osage family’s side, Berrey is the great-granddaughter of original allottee Bessie Lane Berrey and the granddaughter of Mr. and Mrs. Joseph Lane Berrey. She is the daughter of Kim Berrey and John Berrey, who is currently Chairman of the Quapaw Tribal Business Committee.

Outgoing Kihekah-Steh Princess Dresdyn Hinman (2015-2016) crowned Berrey on the first night of the powwow. She then danced around the powwow arena with family members and greeted well-wishers.

Also according to her bio, Berrey is interested in civic and political activities and spent her summer working in the Hillary Clinton for President campaign office in Brooklyn, N.Y. She’s also interned at the Bill Clinton Presidential Library and foundation in Little Rock, Ark. Her future plans include running for the U.S. Senate.