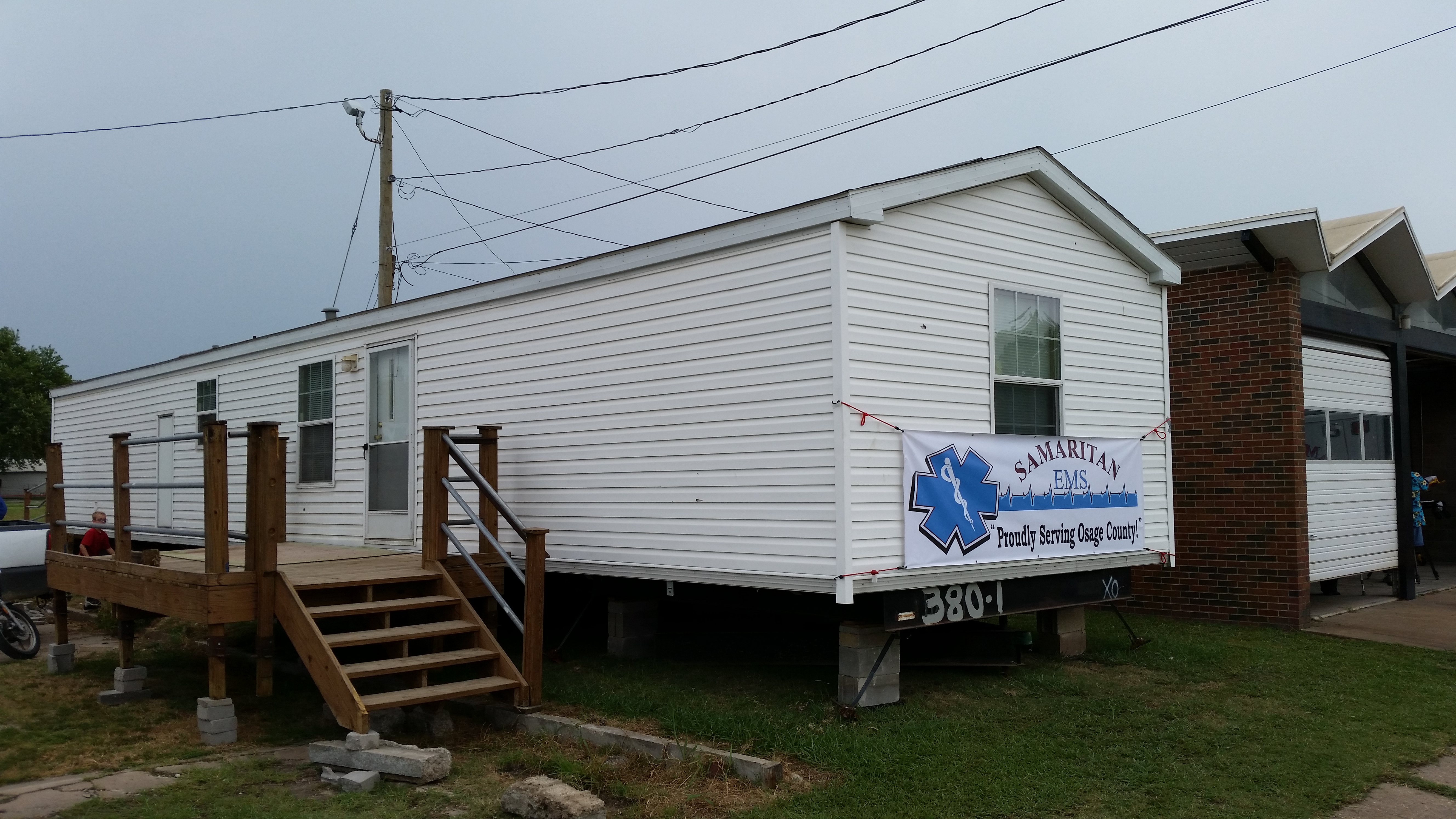 BARNSDALL, Okla. – A $10,000 donation from the Osage Nation helped purchase a used mobile home to house paramedics who will be servicing the Barnsdall-Avant area for medical emergency calls.

The Osage County Commission recently hired a Tulsa-based emergency medical services provider to provide 911 ambulance services for the city and nearby Avant with the on-duty paramedics needing a place to stay. City officials then approached the Nation for a donation to provide living quarters for Samaritan Ambulance, which won the contract with the county in July.

Barnsdall Mayor Brock Moore (Osage) said the city found a furnished two-bedroom used mobile home for sale and used the donation money to make the purchase. The white building, previously used as a guesthouse, was transported from its rural location into town where it was placed on a vacant spot next to the fire department.

The donation money came from the ON Executive Branch and the city hosted an open house on Aug. 12 for the community to view the building and to meet the new ambulance service.

Moore thanked the Nation for the money and acknowledged prior situations where the Nation donated to help the community in an Aug. 17 letter.

The Nation previously donated $2,500 and a used ambulance vehicle to Barnsdall in November. At the time, the city contracted with another ambulance company, Eagle Medical Transport, but the company left the area in the spring, leaving the rural area residents to rely on ambulance service from nearby communities including Bartlesville and Hominy during 911 emergencies, according to Fox23.

The prior $2,500 donation was also intended to help renovate the fire station to provide living quarters for the ambulance crews, but the renovation costs would run over $25,000, according to Fox23.

“When it comes to emergency medical services, the Barnsdall and Avant communities have been underserved for years. We know that some calls for service, including multi-person auto accidents in the recent past, have experienced wait times measured in hours,” Red Corn said.

“This assistance from the Osage Nation fills an obvious need – a place for the new EMS service to house their on-duty staff.”

Red Corn also noted, “We are pleased the city could find such a nice mobile structure for an affordable price. There are 179 Osages that live in the Barnsdall and Avant communities, and this facility will help ensure those families and all other families in the area have access to timely emergency medical services from providers stationed nearby. On behalf of the Osage Nation, we are happy to help, and congratulate the City of Barnsdall for this new and much needed improvement.”