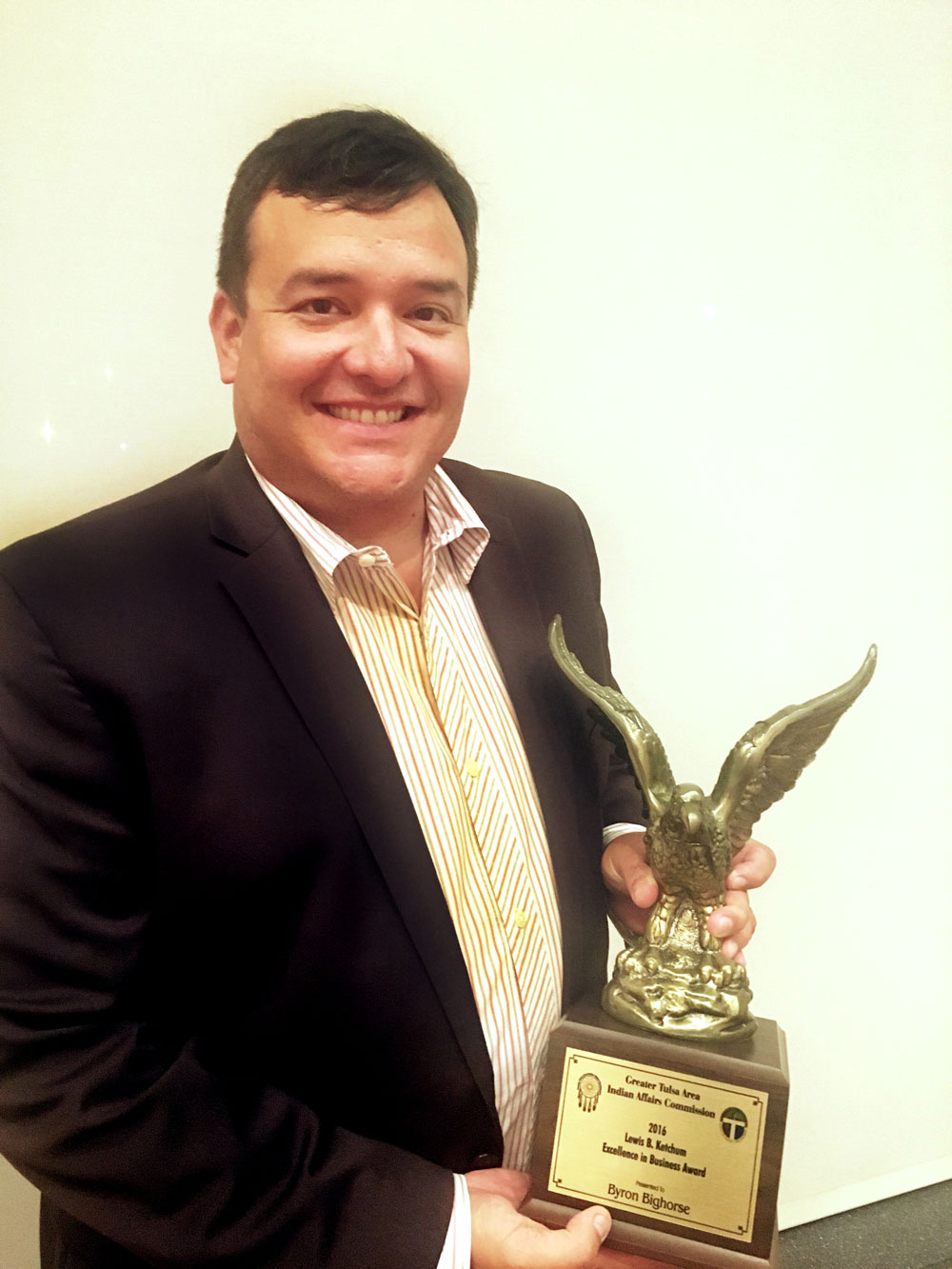 The banquet, hosted by the Greater Tulsa Area Indian Affairs Commission at the OU Schusterman Campus in Tulsa, holds its annual awards banquet in conjunction with Native American Heritage month every year.

The Commission selected Bighorse for his ability to succeed in the modern world as he has developed special talents and skills to hold leadership roles in business that “is vital for the community and for the survival of future generations,” according to his award letter.

The annual Dream Keepers Awards celebrates Native American leaders in the Tulsa community who exemplify strong character and have made a difference through solid dedication to public service.