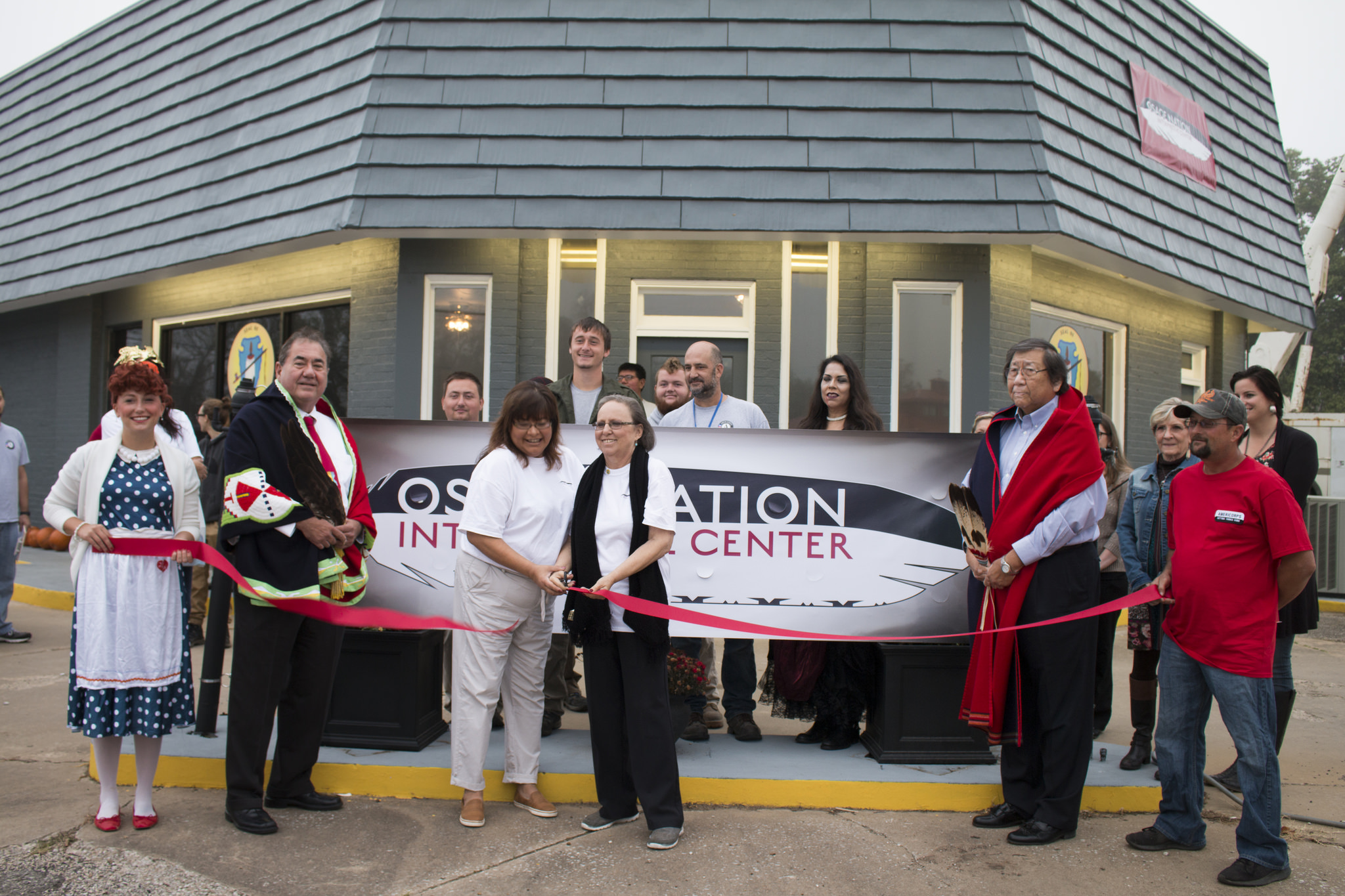 The center, located on the corner of Lynn and Main Street in Pawhuska, is aimed at teaching visitors about Osage history and culture before guiding visitors to the Osage Nation, Bird Creek Farms and the upcoming ECO Park.

“The Osage Nation Interpretive Center’s function is to promote the cultural center, the museum, language department, as well as the other departments within the tribe, but mainly the cultural. This is our first phase, the second phase is an art studio and the third phase will be a facility to build things,” said Gail Boe, Communities of Excellence (COE) director. “This is in relation to Bird Creek Farms and ECO Park, which is right across the street.”

She said the center, which is an old pawn shop the tribe purchased under the Red Eagle administration, was filled to the brim with junk when they first decided to convert it into an interpretive center. The COE’s National Civilian Community Corp arrived last fall and cleaned the building out, painted it, and when another team came in the spring, they laid new carpet and redid the bathroom. The cost of the renovations was approximately $15,000 of their Americorp funds and that’s not counting the labor, said Boe, which would have cost about $50,000 if their  Americorp workers had not have done all the work themselves, she said.

Principal Chief Geoffrey Standing Bear said they wanted to use the word “Interpretive” because the Osage is interpreting their culture to others and they did not want to call it tourism. “This isn’t 1880, it’s 2016,” he said. He said the center sits at the gateway into Pawhuska from the east and it will be used to direct visitors to the Nation.

Boe said she hopes the center can be duplicated in Hominy, Fairfax, Skiatook and other communities outside of Pawhuska.

Standing Bear said his administration has received some criticism for the center because he did not approach the Congress for an appropriation “because the Congress had voted down our tourism department and the money for it, but ... under Gail’s direction and Bruce Cass, who went and found paint that was unused, found material, and provided volunteer labor through Americorp and VISTA workers, it’s been great to watch.”

The center will be open through Nov. 5. Meatpies are being sold daily and t-shirts with Osage Nation Interpretive Center are available as well as Osage Casino $10 free play, one per visitor.

For more information about the interpretive center, call (918) 287-5555 or visit the COE website at https://www.osagenation-nsn.gov/what-we-do/communities-excellence