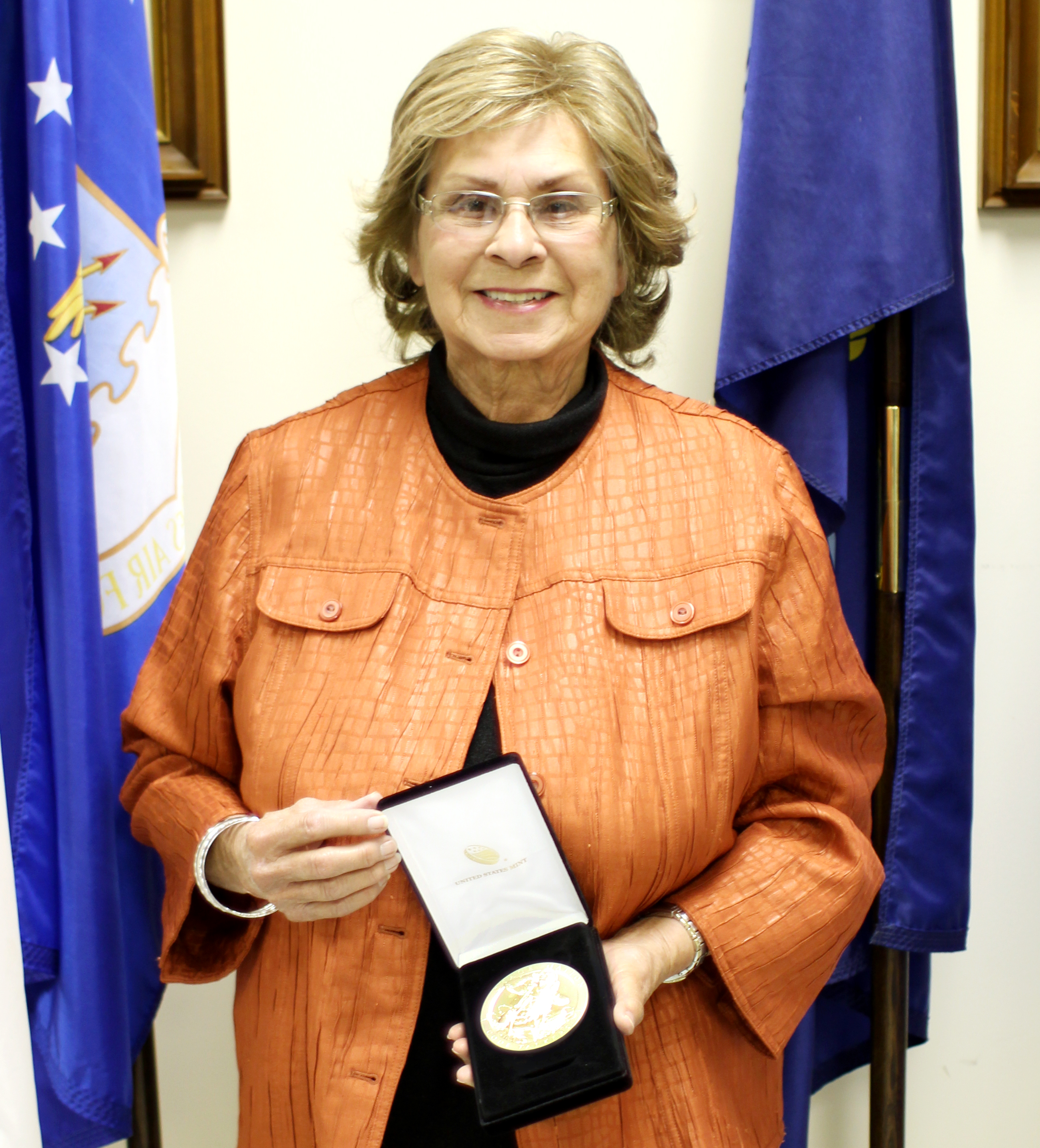 She said the entire experience was overwhelming and that she was shaken by it. She said her grandmother told her stories about her grandfather being a code talker and said they spoke their Osage language so no one could understand them. Recently, the U.S. Department of Defense confirmed Augustus Chouteau was an Osage Code Talker in WWI.

“This was a wonderful event, Thank You so much. I just felt like I was home with the Osage people. My grandfather would have been so proud, as I am today,” she said. “I did not know my grandfather, he died very young when he was in the service. But my grandmother always told me he was a Code Talker, but I didn’t know who to ask about it until two weeks ago and the Osage Nation got a hold of me and said we confirm that your grandfather was a Code Talker, and I am so honored to be here today.”

Jones, 82, was one of three honorees at this year’s dance on Nov. 11. Charles Lookout Jr., WWII U.S. Navy veteran and Romaine Shackelford, WWII U.S. Army veteran were honored with songs sung in their honor and each honoree received a Pendleton blanket.

The Hominy War Mothers, Mi-Tho-Ti-Moie Chapter No. 6, hosted the day’s events, which included an afternoon dance of individual songs, an Osage traditional supper, and an evening dance.

Lookout Jr., 94, graduated from Chilocco High School in 1941, according to his write up in the dance program. After graduation he completed basic training and began service in the Navy from 1942-1946. He served as a Machinist Mate Third Class on the U.S.S. Saratoga CV-3, during WWII.

“We was stationed in the Pacific and Indian Ocean during the Iwo Jima Battle and survived the Japanese kamikaze attack of the Saratoga on Feb. 21, 1945,” he said in the write up. After his completion in the service he attended Oklahoma State University and the University of Oklahoma. He graduated from OU in 1967 with a Master’s degree in Library Science. He worked at the Tulsa City-County Library for several years and retired in 1986, according to the write-up.

Shackelford, 88, attended schools in Pawhuska at Union and Franklin Schools and later attended Seneca Indian Institution in Lawrence, Kans., and Oklahoma A&M. While at Haskell he was a starting guard on one of “Haskell’s best football squads.” He served in WWII in the Army as a medic in Europe.

In 1950 he married Ruth Mae Hopper from Hominy and moved to Pawhuska where they started a family, raising two girls and five boys, according to his write-up. He worked for Phillips Petroleum Company in Bartlesville for 35 years and retired in 1985.

He has been dancing in the In-Lon-Schka since 1941 and has served as an adviser for Drumkeepers and as a Whipman. He is also an avid fisherman, renowned artist – he designed the official Osage Nation seal – and is known for his beautiful Osage headdresses he makes for men.

“Love of his family, his sons, daughters, and especially his grandchildren, Osage history, fishing, arrowhead hunting, refereeing football, a warm house, a cup of coffee, a hot breakfast and a great laugh, nothing better to Romaine,” according to the write-up.

Shackelford is also a member of the Harold Bigheart Smalley American Legion Post 198 in Pawhuska.

The Hominy War Mothers were chartered on Oct. 17, 1944 under the name of Mi-Tho-Ti-Moi. It was the sixth chapter to be chartered in the state of Oklahoma, according to the dance program.