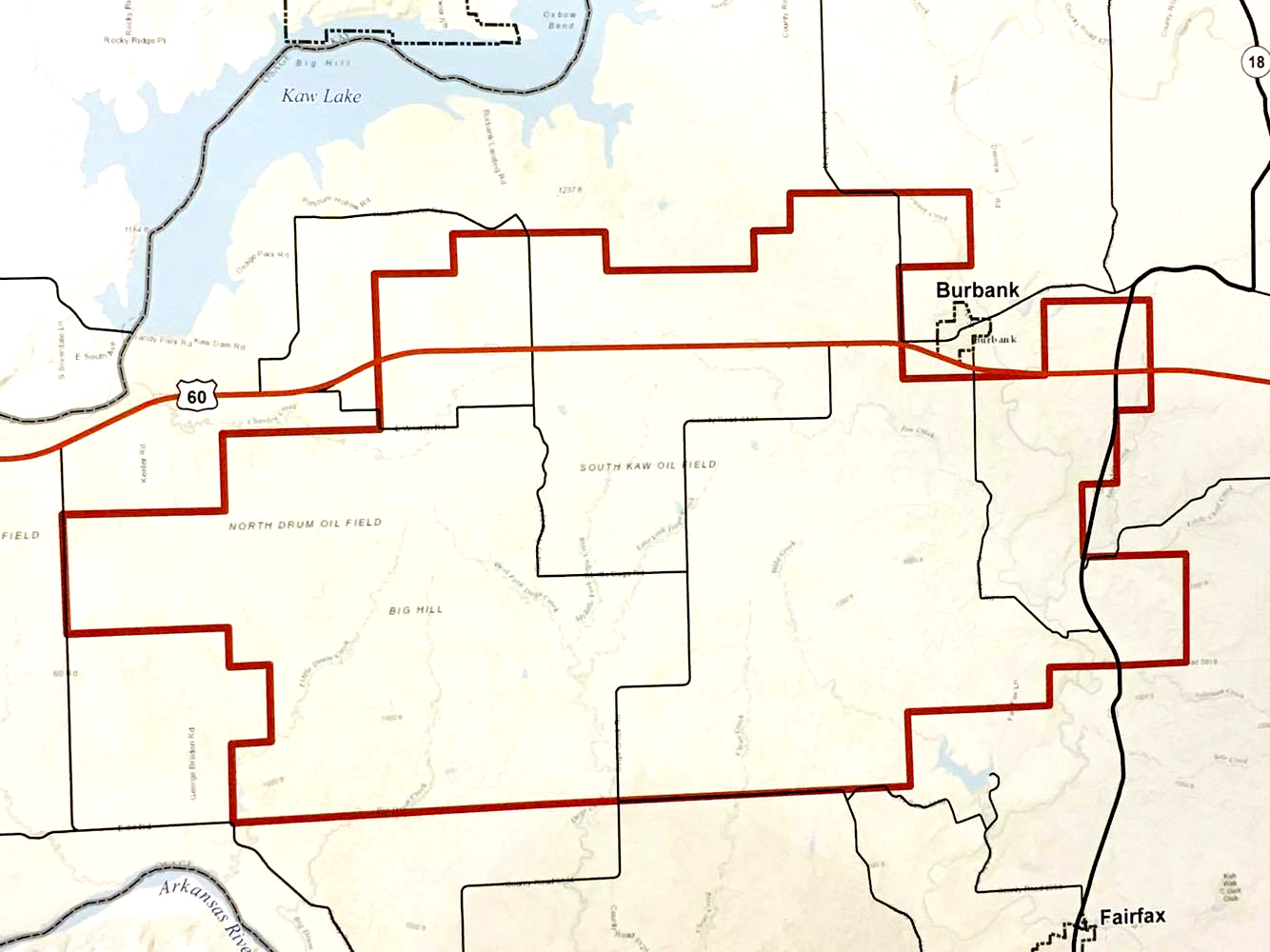 A proposed wind farm in Osage County has received a chilly reception from tribal officials, with one branch now preparing to go to court to try to stop it.

The Osage Minerals Council adopted a resolution Monday to ask the U.S. Attorney’s Office to file a motion in federal court for an injunction to stop Amshore US Wind LLC from moving forward with plans to potentially build a wind farm along U.S. Highway 60 near Fairfax and Burbank.

If granted, the injunction would be in place until the Tenth Circuit Court in Denver rules on an appeal from the Minerals Council stemming from the construction of the Osage Wind project. Arguments were heard on Wednesday and no timeline has been given for a decision.

“I think they’re marching on like they want to like Enel did. We need to put some kind of roadblock up,” Councilor Stephanie Erwin said. “They’re still doing it. We already have the bad taste of Enel left in our mouths. They did what they want 24/7 until it became a moot point and now we got windmills out there.”

Since the U.S. Attorney’s Office waited until the filing deadline to announce its inaction on the Osage Minerals Council’s appeal in the Osage Wind case, the council also adopted a second resolution Monday, authorizing the law firm of Fredericks Peebles and Morgan to file the injunction motion if federal attorneys do not at least respond to their request within two weeks.

“We have to take us to the next level, even though our trustee let them off the hook,” Chairman Everett Waller said. “We are going to go back to the trustee and make them hold them accountable.

“If we don’t, they’re going to roll over. If not, the number of turbines here won’t be in the tens or hundreds. It’ll be in the thousands when they’re done. They (Amshore) could have gone anywhere but here. They’ve found a place where they can keep going. I just hate it because it could cost us everything.”

Amshore has surface leases for 57,000 acres in western Osage County near Fairfax and Burbank and already operates a wind farm in adjoining Kay County. It is currently conducting feasibility studies on the proposed wind farm site and has applied for a permit from Osage County to build a one-mile service road to three towers that have been used to collect data.

“The project’s still at a very early stage,” Amshore Vice President Jeff Neves said. “Turbines are not going up yet. We still have a lot of work to do, including marketing the power that it would generate, finalizing the design, start the process of going to the zoning board and presenting the project for conditional use permit.

“If everything comes together to make it happen, the project wouldn’t be operational until 2018 at the earliest.”

If the project happens, it is projected to bring 250-300 temporary construction jobs to the area, plus a handful of full-time permanent positions to monitor and maintain the turbines.

Neves said the exact number of turbines planned for the site is still undetermined, but would probably be between 50 and 100, depending on the size of the turbines used and the specifics of the as-yet unsigned transmission contract.

The council’s decision comes one week after the Corpus Christi, Texas-based energy company hosted an open house for area residents at Woodland High School. On Nov. 14, representatives from Amshore’s departments and relevant consultants set up tables around the gym to field questions about the project.

“We want to introduce everything to everyone,” Neves said. “We will be having a series of meetings as we go along. For some of them … we will have to go into formal required meetings, but we plan on having lots of stakeholder outreach meetings and information sessions.