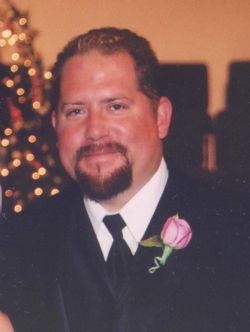 Roger Dustin Lance, age 39, passed away Saturday, November 26, 2016 in Tulsa, Oklahoma. Traditional Osage Services will be held at 8:00 a.m., Tuesday Nov. 29 at the Grayhorse Chapel with Steven Pratt officiating. Funeral Services will be held at 10:00 a.m., Tuesday, November 29, 2016 at the First Osage Baptist Church with the Rev. Kyle Rhodes officiating. Burial will follow in the Fairfax City Cemetery under the direction of the Hunsaker-Wooten Funeral Home. Dustin will be at the Grayhorse Chapel Sunday and Monday, November 27 & 28, 2016. Friends may leave online condolences at www.hunsakerwootenfuneralhome.com

Roger Dustin Lance was born May 27, 1977 in Oklahoma City, Oklahoma to Roger Dale and Denise (Daniels) Lance. He grew up in Fairfax before moving to Tulsa, Oklahoma in 1988. He graduated from Victory Christian School in 1995. Dustin worked in various retail jobs in Tulsa, Oklahoma. After meeting Heather the couple moved to Ponca City, Oklahoma.

On April 8, 2009 Dustin married Heather Biggoose in Ponca City, Oklahoma where the couple made their home until moving to Tulsa, Oklahoma in 2013. Dustin was an avid music listener and loved the Oklahoma Sooners and Oklahoma City Thunder. He was a member of the First Osage Baptist Church, Victory Christian Center and the Osage Nation. He is from the Eagle Clan, his Indian name is Che-sho-ki-he-kah which means Eagle Chief.