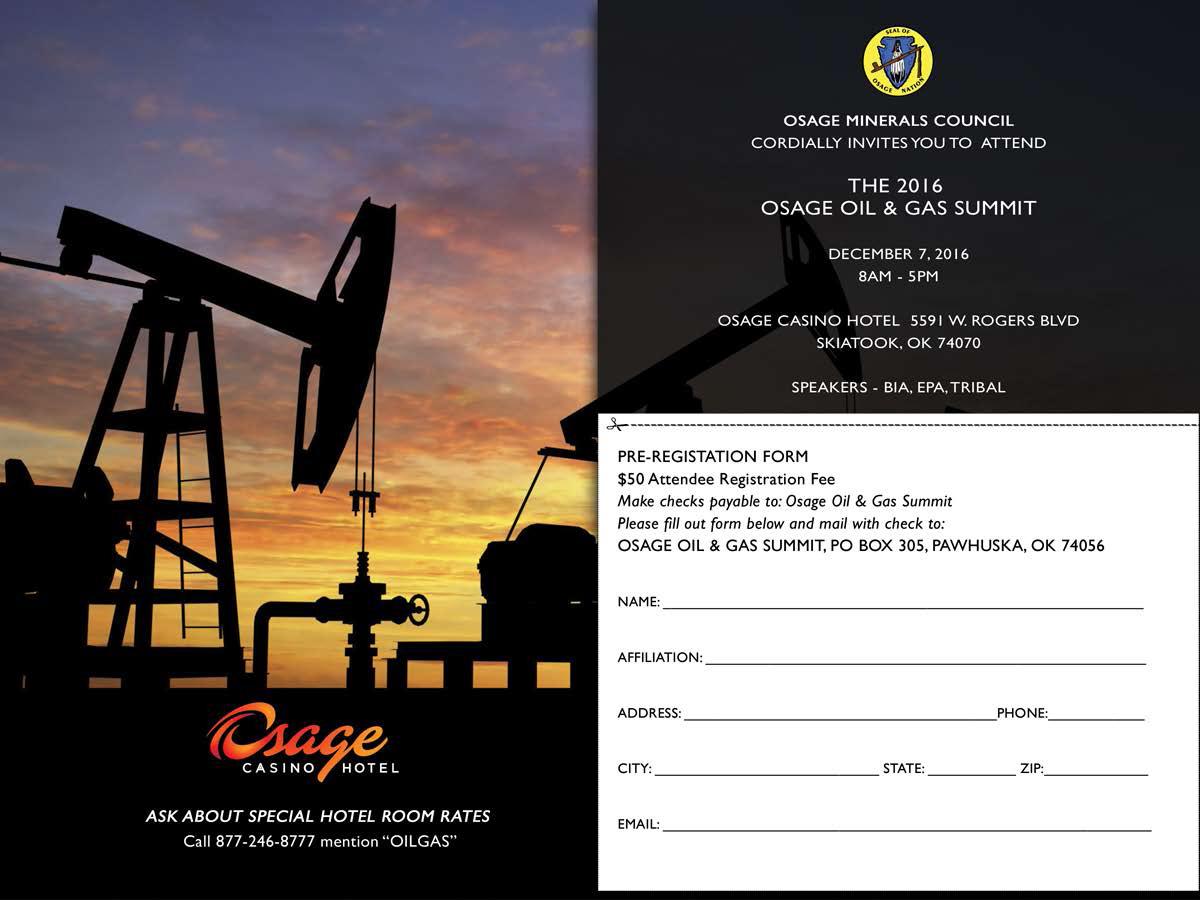 Oil and Gas Summit set for Dec. 7 at Osage Casinos-Skiatook

The Osage Minerals Council announced its lineup for the 2016 Osage Oil & Gas Summit scheduled Wednesday, Dec. 7 at the Skiatook Osage Casino and Hotel.

This year’s event will be a single-day summit with scheduled speakers in the energy sector, as well as Osage Nation government, according to the agenda.

Afternoon speakers include Osage elders George Shannon, who will speak about “Opportunities in the Osage” and Jim Hessert whose topic is “Enhanced/ improved oil recovery opportunities.”

Pre-registration is required with a $50 attendee registration fee and shareholder attendees will be charged $30 at the door. Registration forms and fees can be mailed to the Osage Oil & Gas Summit, PO Box 305, Pawhuska, OK 74056.

For more information on the summit, contact the Osage Minerals Council office at (918) 287-5346 or email minerals@osagenation-nsn.gov